Yesterday morning was dreadful, pouring with rain, we weren't sure how long it would last and we wanted to meet up with Pam & Terry (nb Roosters Rest) who were moored near Tamhorn Park bridge. Anyway Kev decided that I would stay inside the boat & he would set off, we were going to stop briefly so he could post his mam her mothers day card and so we moored at Whittington only tying the centre line as there wasn't much boat activity! The rain had eased now and it brightened up slightly but at least it stopped raining and we were soon mooring in front of Roosters Rest being met by this mad couple with red noses on!
Once we had got tied up, got the canopy up and had taken Buster for a brief walk we went onto Roosters Rest for some sandwiches that Pam had made for us, I took a broth that I had made so we all  had a really good afternoon. 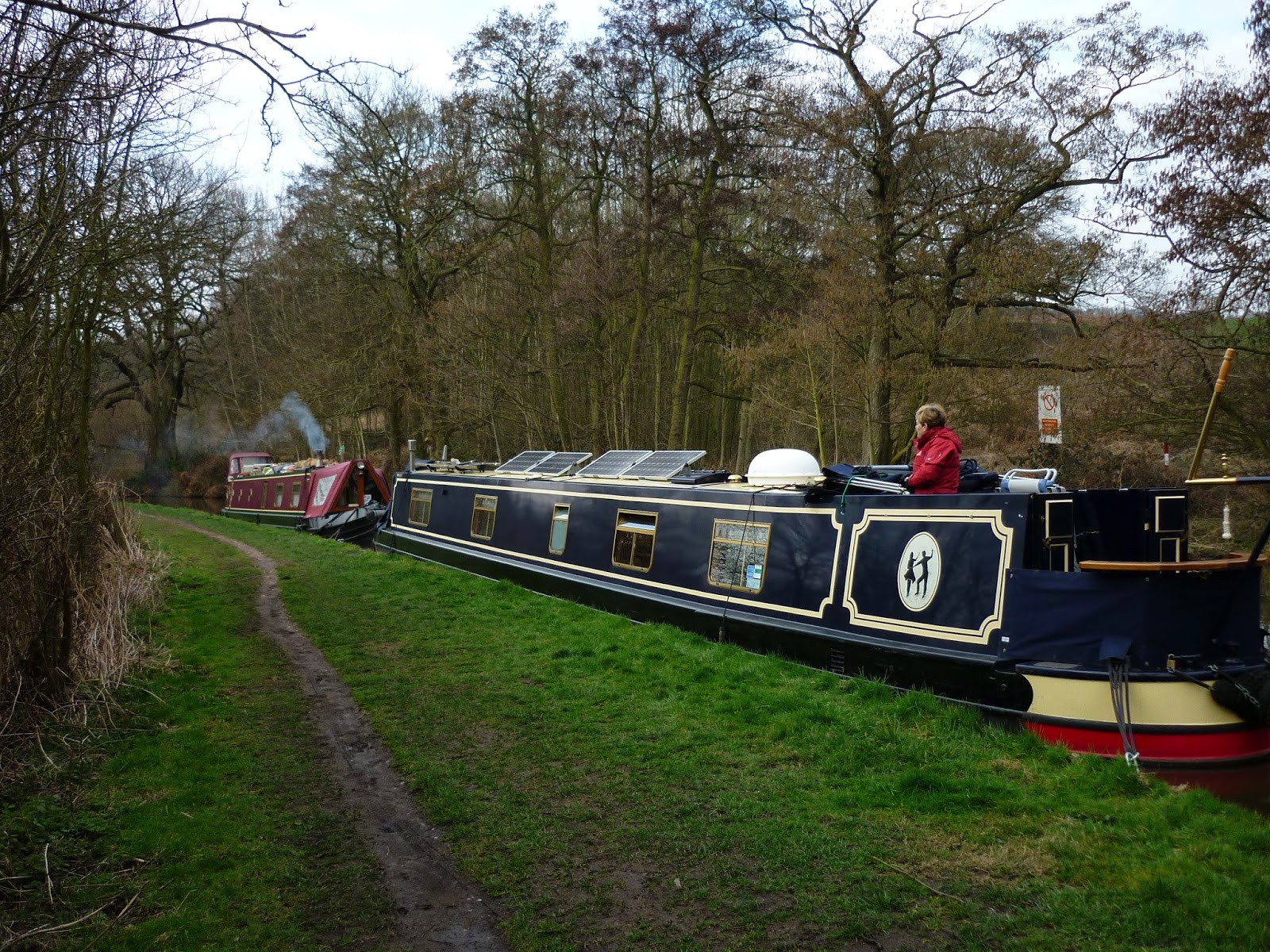 Tied up ahead of Roosters Rest 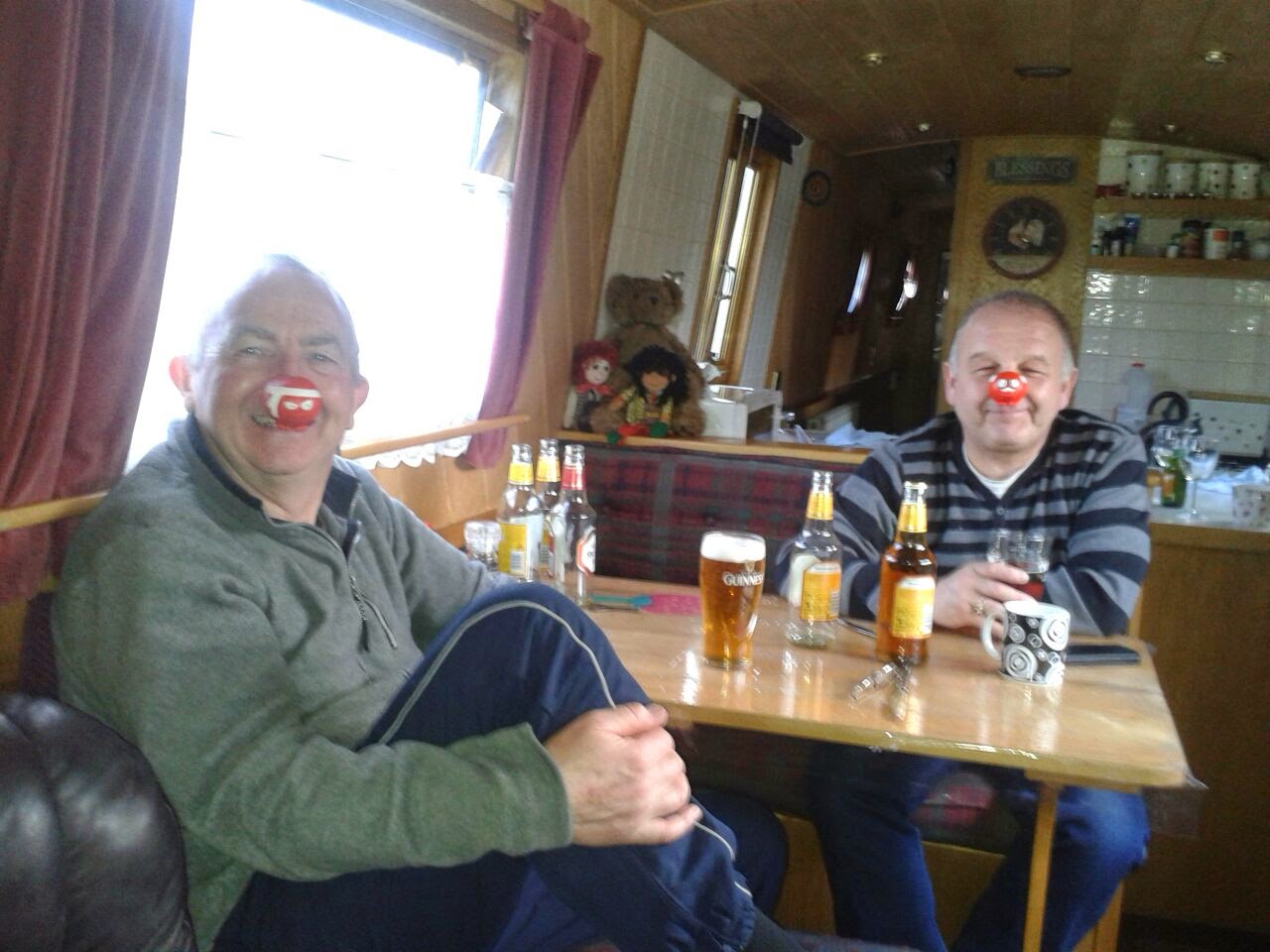 Drink gives you a red nose! 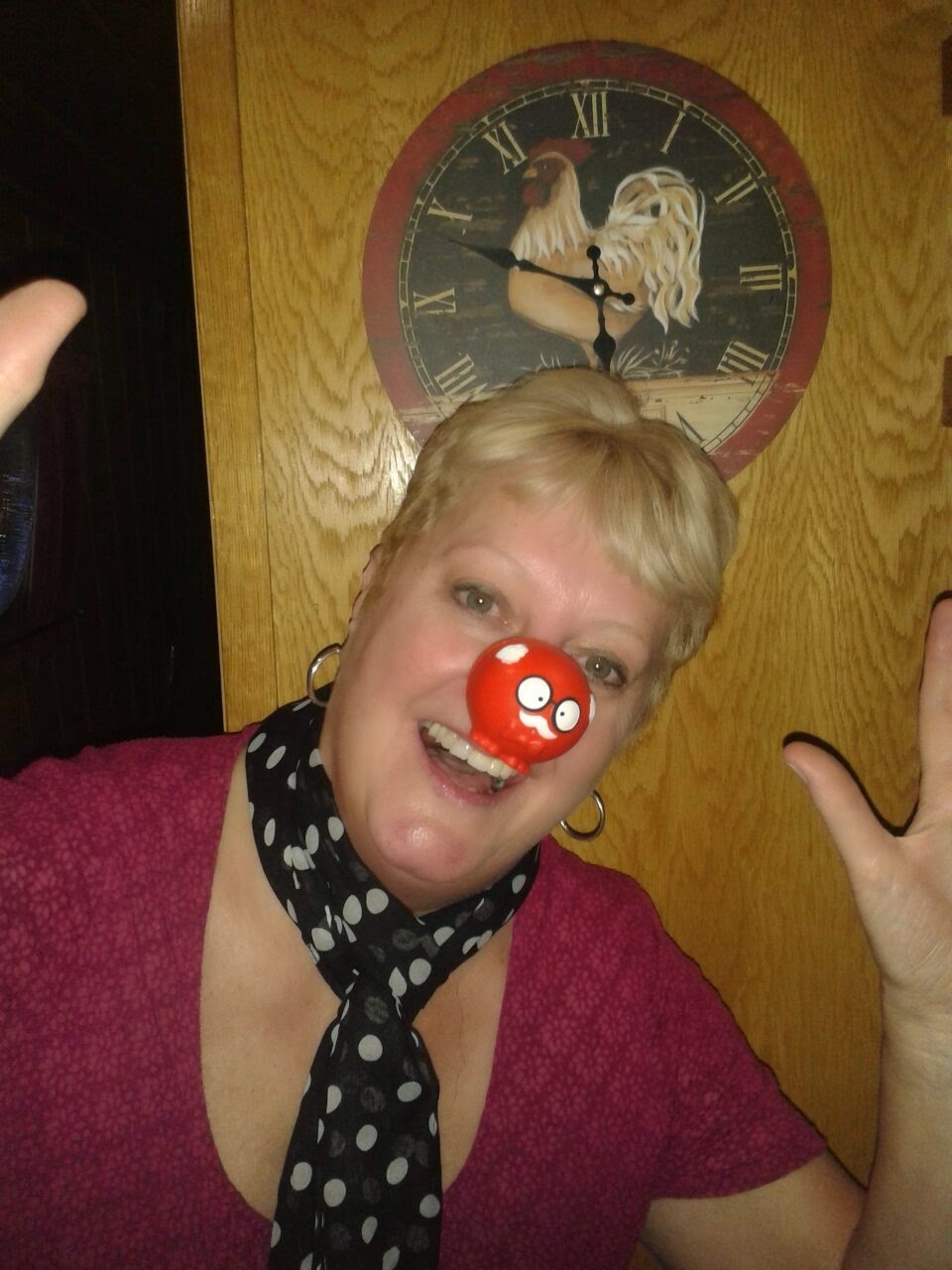 We had a lovely afternoon with these two crazy Roosters so thanks Pam & Terry.
This morning we were ready to set off and head for the winding hole just before Bonehill bridge to turn and before we left we offered to take some rubbish off Pam & Terry as we were going to head back to Fradley and they were only moving as far as the moorings outside Kings Orchard Marina. When we got to Sutton road bridge there was a coal boat (didn't see a name on it) moored just through the other side of the bridge so after we had gone to turn at the next bridge we pulled in to the towpath and got a gas bottle from him £25. I know there are some places selling gas a bit cheaper but when possible we like to give these boats our custom as we wouldn't want to lose these boats from the canal system. 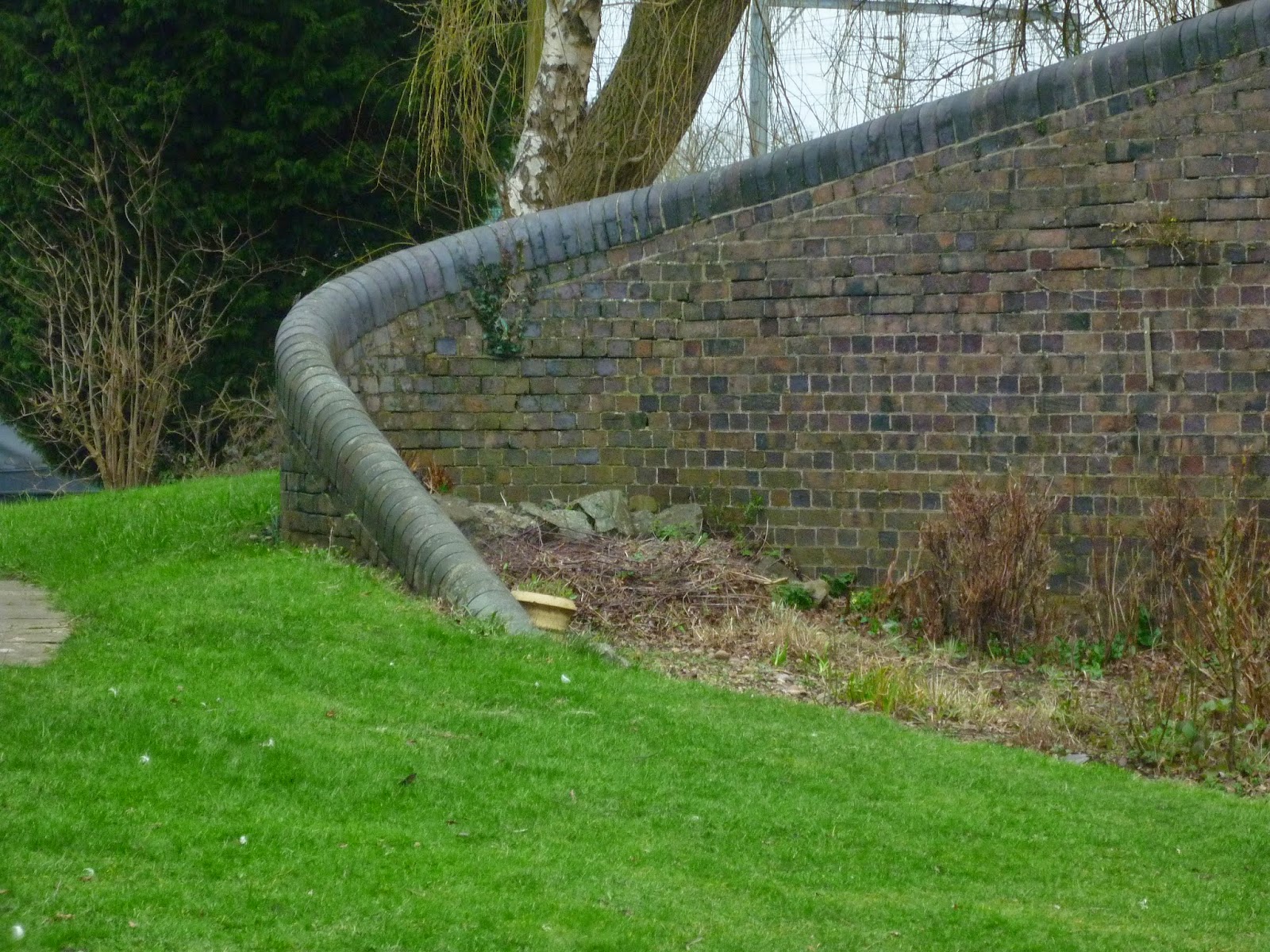 As we were approaching Huddlesford junction there is a Swans nest here (where the boulders are) and when we passed yesterday there was a swan sat on it, we have passed here a few times and the last time we saw a swan on the nest it was on our first boat 4EverMoore a few years ago now but how strange that this nest seems to be used every year!
Not far from here we had to pick up a present from Rooster Rest..... 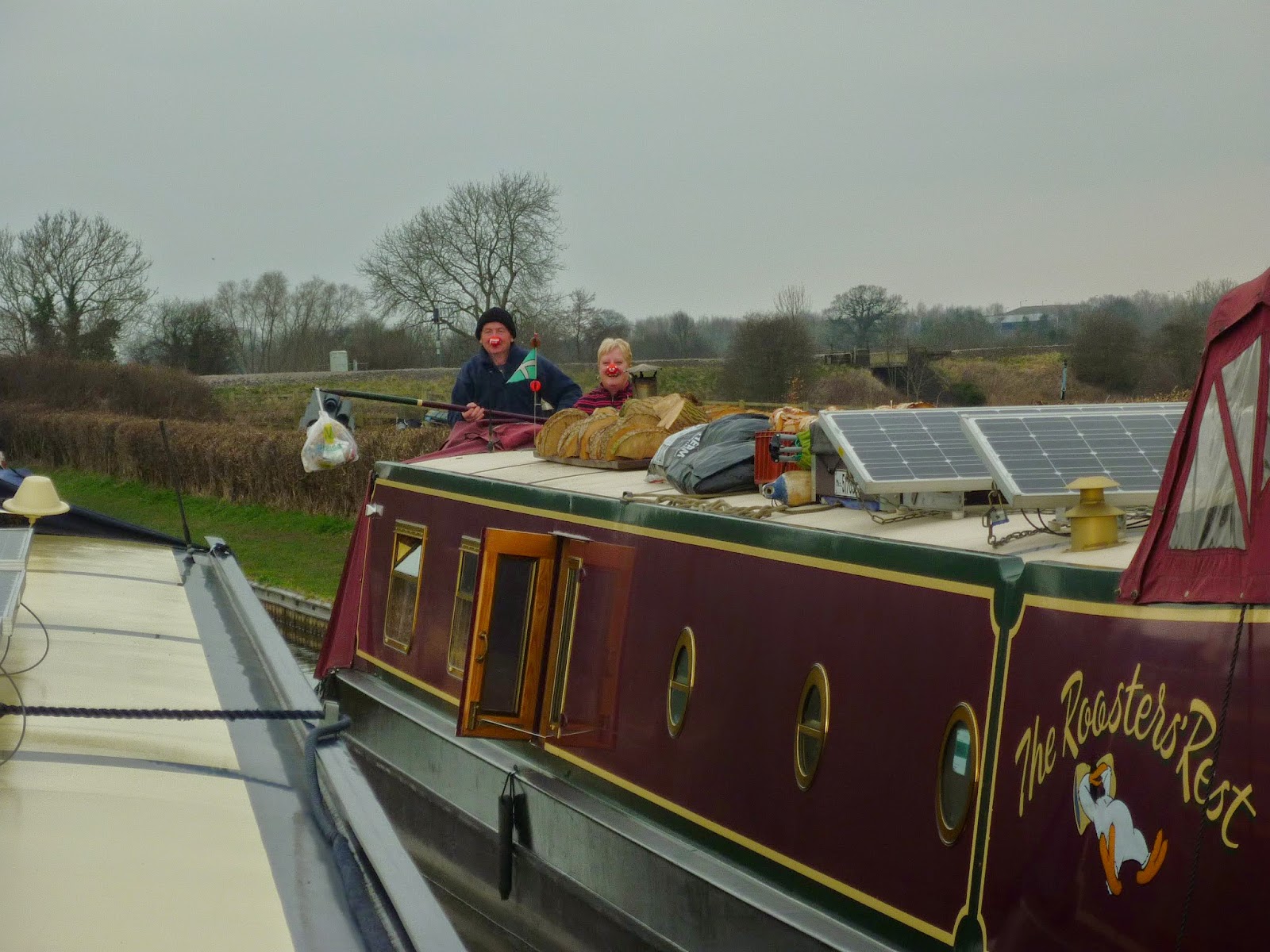 Not a bloody present..... another bag of rubbish!! Ha Ha 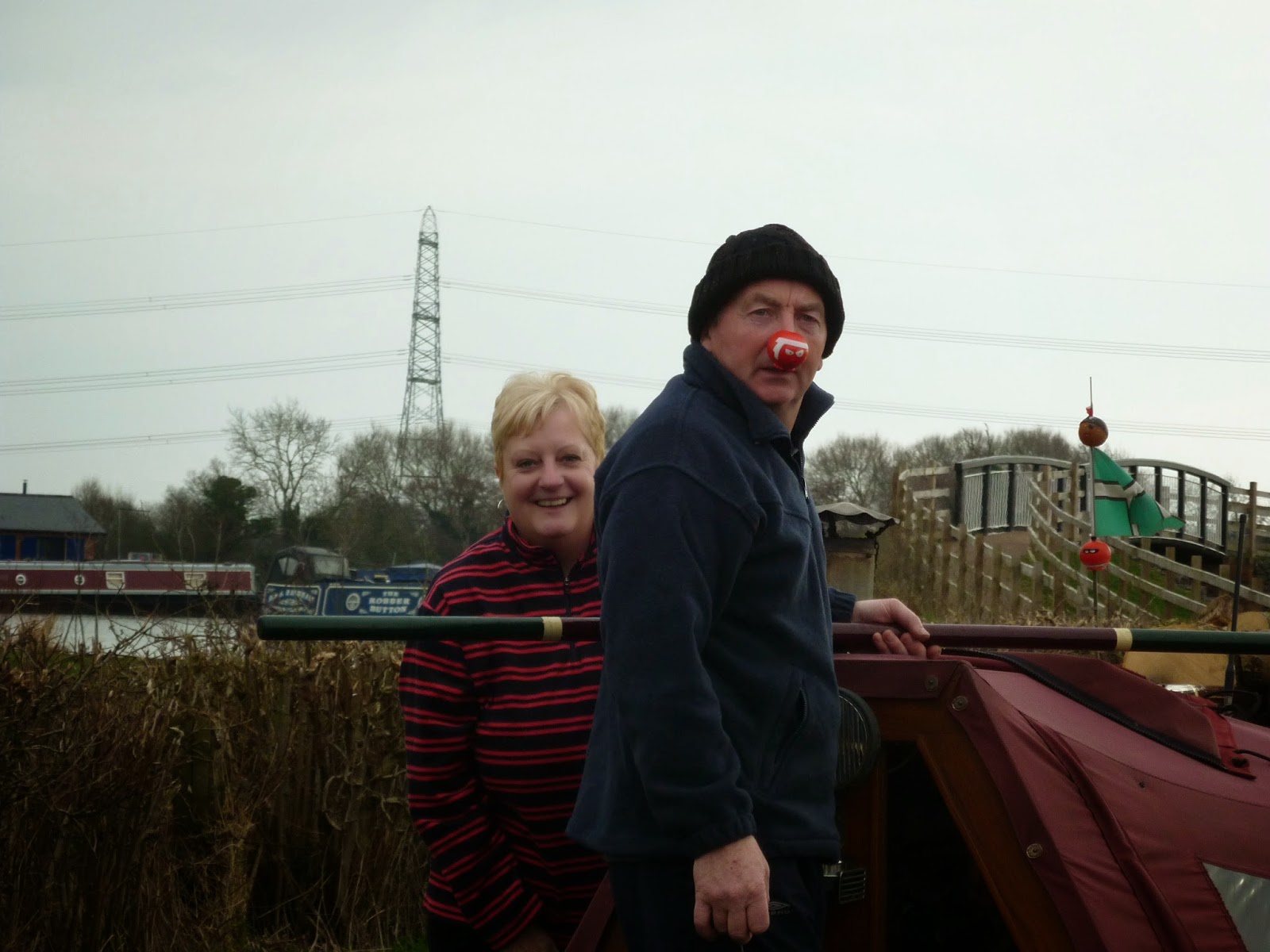 Bye you crazy Roosters the bill for rubbish disposal is in the post! Take care and see you both soon.
We are now moored back at Fradley on the Coventry canal and there are quite a few boats here now compared to yesterday when there were only 4 and one of them was us!! We will go for a well earned pint to the Mucky Duck shortly. It has been really cold travelling here today but at least we didn't get rain.
Posted by Unknown at 09:51