It was another dry morning a bit overcast but milder than yesterday and we were away from our mooring just after 8.30am. When we were approaching Tattenhall lock a boat was just leaving it and the man aboard it told us there was a problem with the bottom gates, they wouldn't close properly and so when we were inside the lock he was right there was an inch gap between the gates but we managed to fill it ok.
Yesterday I forgot to mention that we passed a man who was fishing next to his boat and as we were passing he caught a large fish and when we asked what it was he said it was a Zander! Never heard of that before but he was having it for his tea! I googled it and it was quite interesting apparently it is not a fish native to the UK but for those fishermen among you I am sure you will know of it. 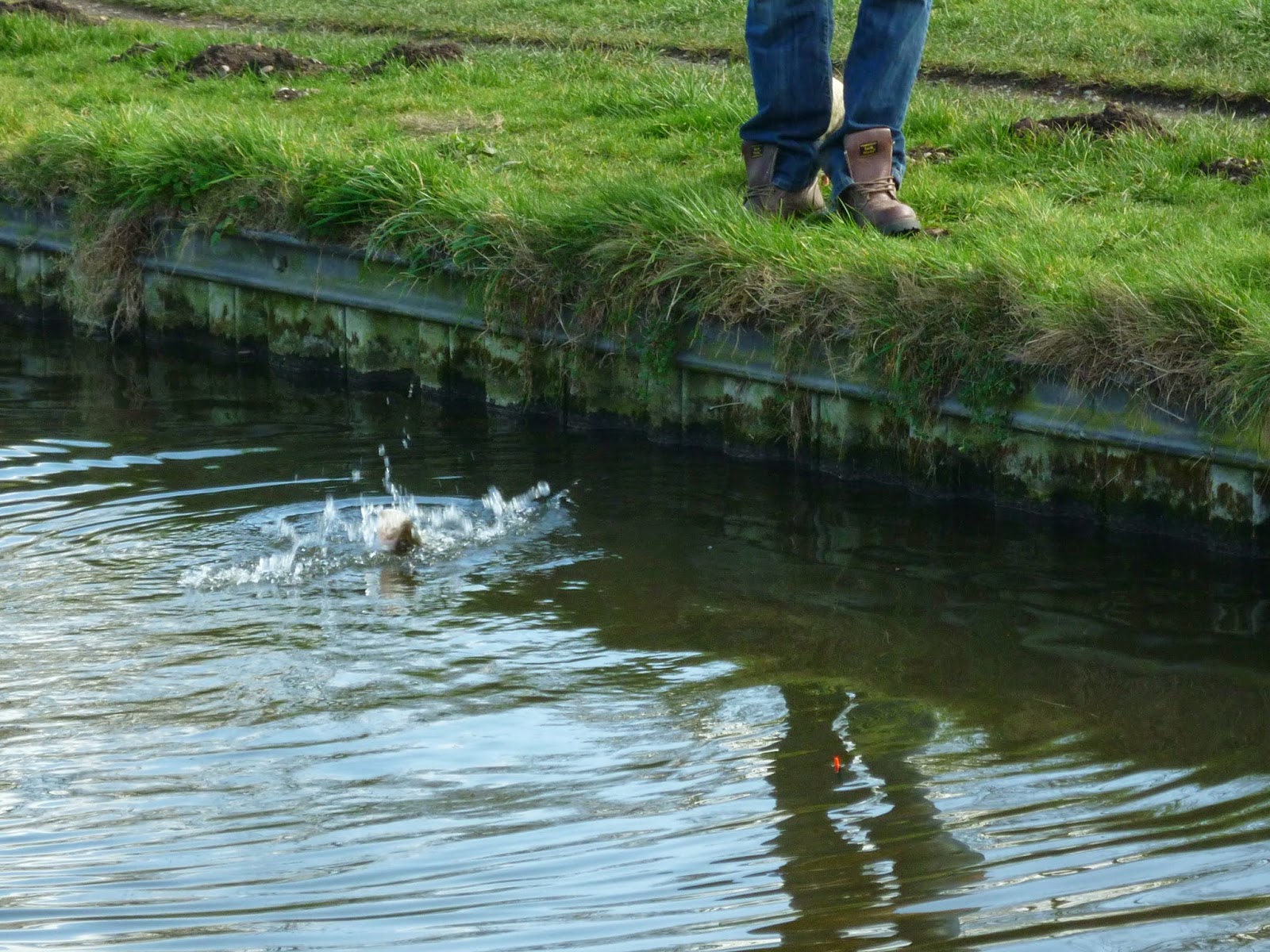 Not a good photo of the Zander but it was quite large honest!!
Anyway back to our cruise today, a few boaters on the move today and the sun actually made an appearance at one point and by the time we got to Alrewas it was really quite nice although there was a breeze about. We moored just after the lock landing and after having something to eat we had a walk to the shop for some bits (well mainly a case of beer) there are some lovely houses in Alrewas and quite a few with thatched roofs, as we were walking passed one house there was a lovely old car parked behind gates. 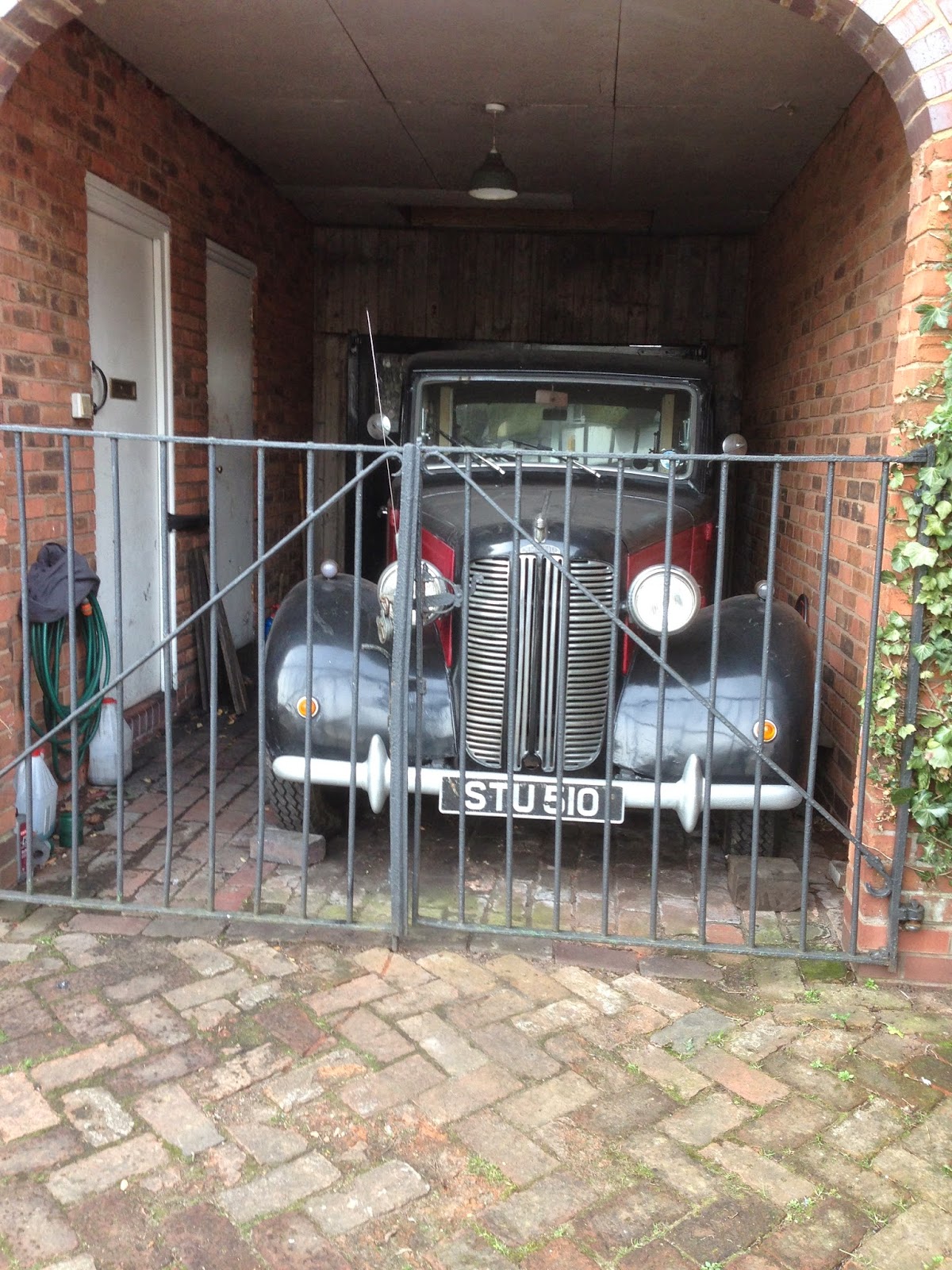 Once back aboard the boat we put our few bits of shopping away and we were on our way again and Kev walked ahead to do the lock and I followed on the boat the wind was getting a bit gusty at times and were glad we weren't going much further. There's a lot of work going on along the canal and at Bagnall lock there were men working putting new piling in at the lock landing and as we approached Common lock there is work on both sides of the canal on land adjacent to either side and Kev spoke to a woman who is on the permanent moorings there who said that the work was to do with a gas pipe that they want to run under the canal but they are having problems as it keeps collapsing as it is very sandy. We moored briefly at the water point near the cafe & shop and topped up the water, emptied the cassette & got rid of rubbish then I went to set the lock for Kev and after we left the lock we then turned left onto the Coventry Canal where we are moored, it is very strange at Fradley today as there are hardly any boats moored here and we have never seen it so empty of boats. We will be meeting up with Pam & Terry (Roosters Rest) tomorrow so we are looking forward to that.