A walk to Little Moreton Hall

Thursday 1st October
On Tuesday afternoon while Kev was walking Jaz up Bosley locks he saw the fuel boat "Halsall" coming down in one of the locks & so he asked him if he would stop when he was down through the locks and fill our diesel up, so when he got out of the bottom lock he came alongside of us and filled our diesel tank 66p per litre, which had just gone down by 1p from the day before. The man in the fuel boat was telling Kev that at the terrible time of the  Bosley explosion at the mill the field across from the canal was full of police & their vehicles preventing people going to look at what was happening. We didn't realise that we could see part of the mill from the boat.. 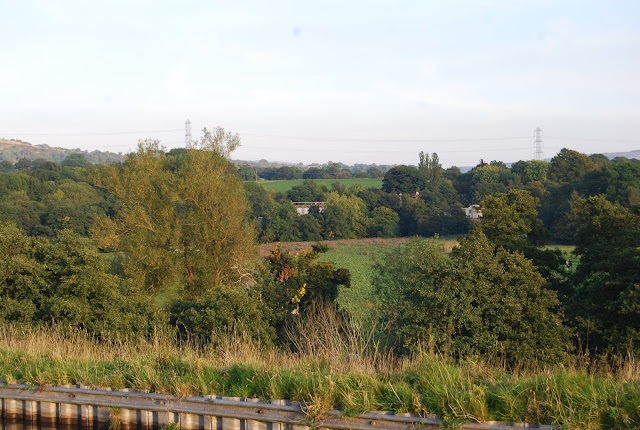 The mill is in the middle of the photo
Yesterday morning when we left our mooring at Bosley Locks, it was another nice day although cool in the shade, when we were in the open and in the sun it was warm, there wasn't any movement on the canal apart from us until we were close to Congleton where we stopped so I could pop to the convenience shop, and we moored just before bridge 76 and I walked back up to the steps for the railway station and it was only a 5 minute walk. When I returned to the boat Kev had the kettle on for a cuppa and afterwards we got on our way again and we moored before bridge 86 as we wanted to have a walk to Little Moreton Hall. We knew we would have to walk across the fields to reach the hall and luckily it wasn't muddy! It was well worth the walk and it was sunny and warm too, I don't think we would have wanted to go across the fields if it had been raining apart from the mud there were plenty of cows in the fields and we didn't want to tread in their plentiful deposits along the way!
Kev had read somewhere that Little Moreton hall is the only one of its kind in Britain and maybe in Europe but we aren't sure but it is a fine example, here are some photos.... 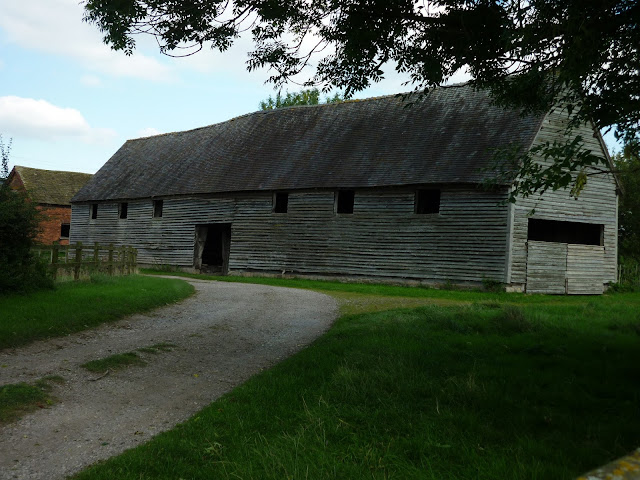 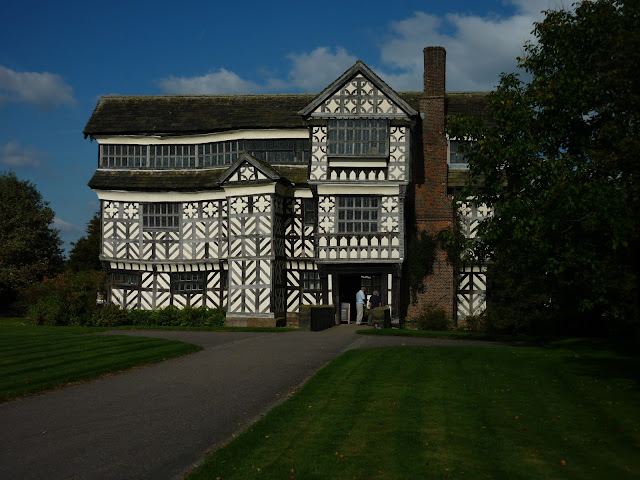 The front entrance, there is a moat all around the hall 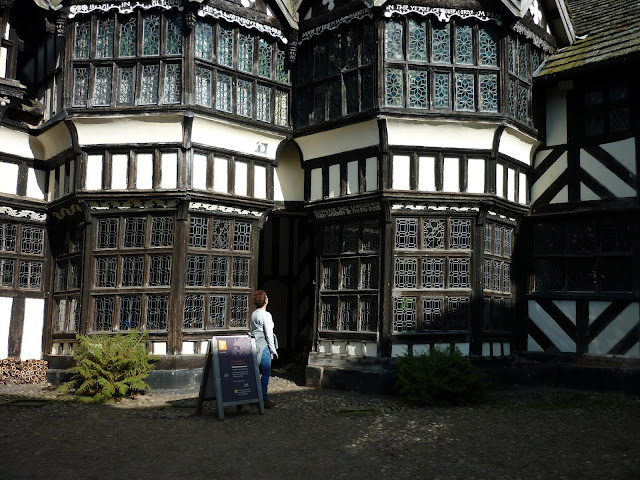 There is writing above the window here showing the name of the glazier at the time! 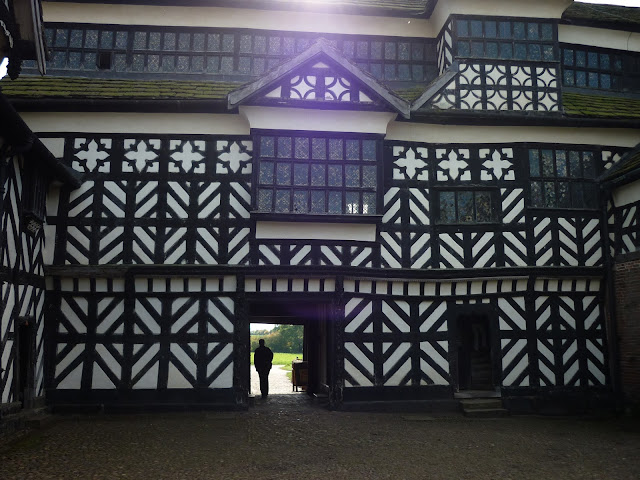 Looking back through the entrance 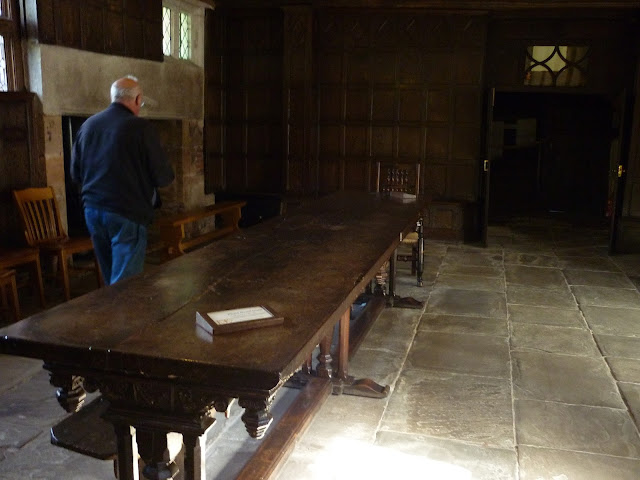 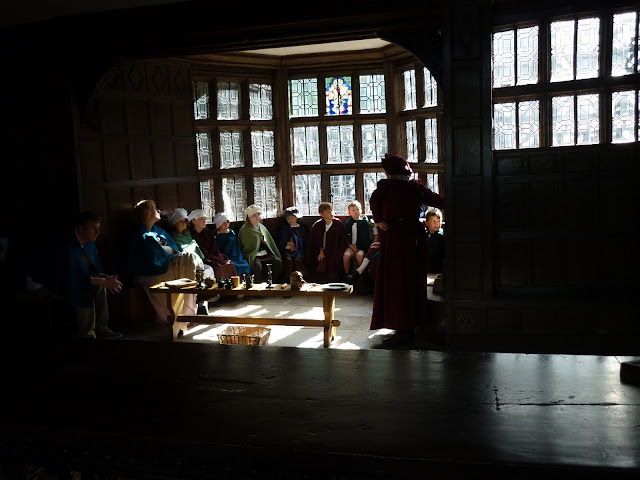 School children having a day out here 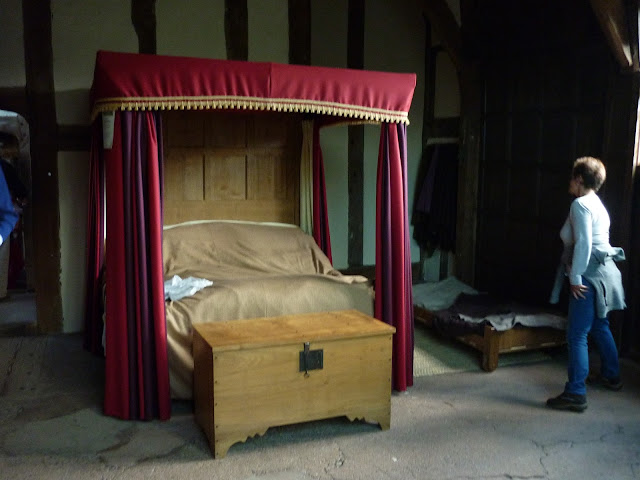 Hardly a Premier Inn bedroom! The small bed alongside was for a servant to sleep! 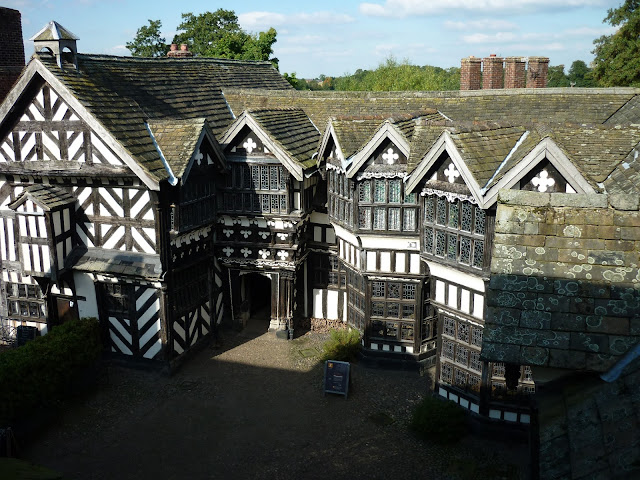 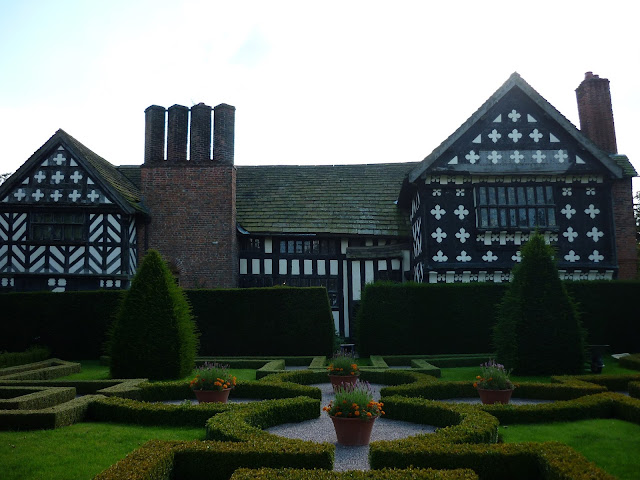 The back of the hall 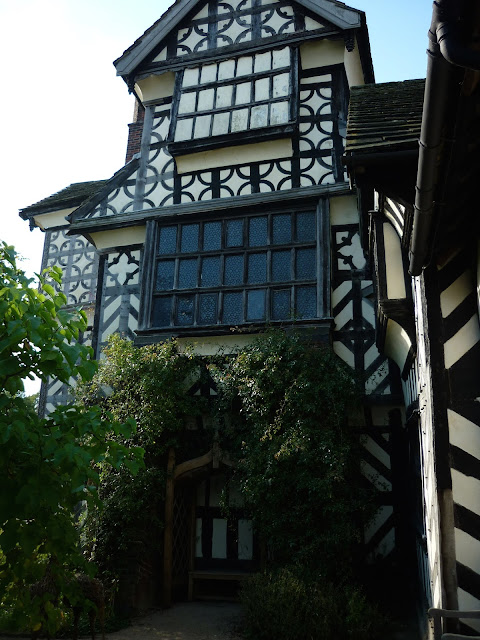 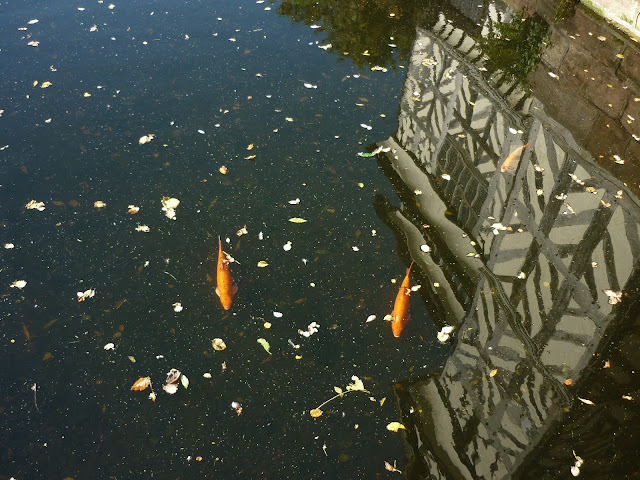 There are a few carp in the moat.
There were guided tours but we didn't go on one as we had just missed one and the next one would have been in a couple of hours and as we and left Jaz back on the boat we didn't want to leave her too long but it is a great place to spend some time so if anybody fancies it then go and see for yourselves.
Posted by Unknown at 00:40