On to the Ashby

On Thursday morning we left our mooring at Atherstone about 7.40am, as we were up and about early as usual. It was a cloudy start to the day and cool again too and by the time we were going through Nuneaton it started to rain so I left Kev at the tiller and took Jaz inside.
Once we were at Marston junction Kev turned onto the Ashby canal and when we got to the moorings at bridge 5 we moored up for the day.
Yesterday was a complete contrast to Thursday with the sun shining quite early. Good Friday then was a nice start for the Easter weekend but unfortunately the forecast wasn't good for the rest of it!
We were away about the same time as Thursday and it was lovely in the sun, and we had the canal to ourselves, there were a few fishermen about making the best of the weather.
As we were through Coventry Road bridge we noticed a boat across the canal, the stern was close to the bank on the towpath side and his bow was at the other side! He had been moored outside the pub at Trinity marina, we couldn't tell at first if anybody was on board but we could see as we approached slowly that the engine wasn't running and so we managed to back up slightly and got into a private mooring that was empty and Kev got off R&R then he went to pull the boat back onto its mooring& tie it back up! 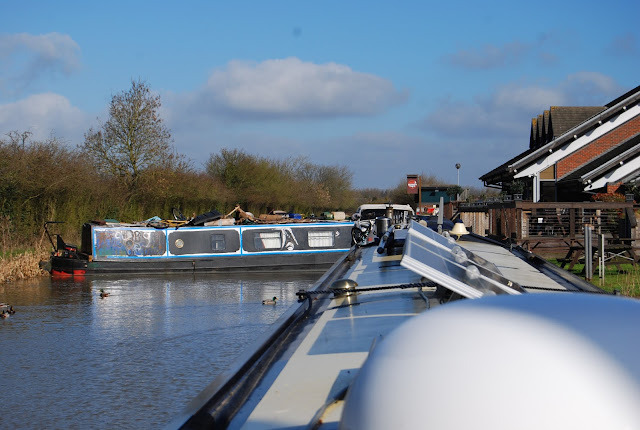 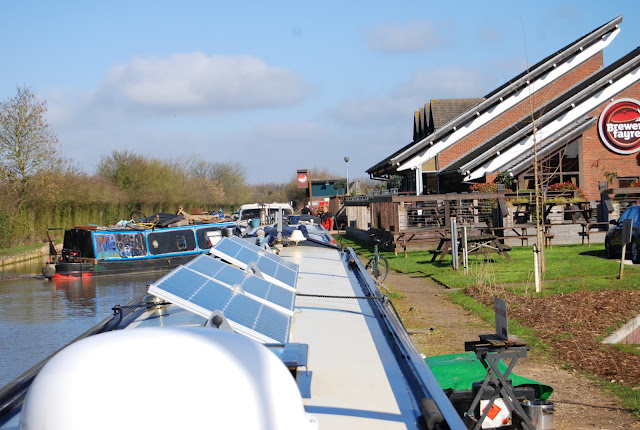 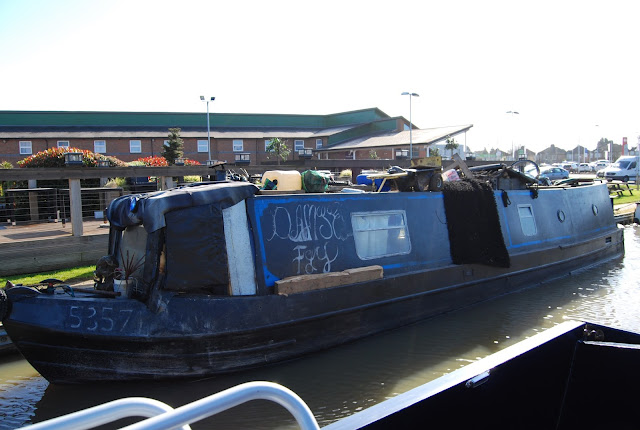 All tied up once again, no sign of the owner!
Our good deed done we carried on our way, we were going to head for Stoke Golding and we arrived at the 48 hour moorings there in brilliant sunshine, so Kev was pleased as it meant that the solar panels would do a good job of keeping the batteries topped up. We took Jaz for a walk up to The Dog & Hedgehog pub at Dadlington and we sat outside in the sunshine, there were great views from there. The village had some lovely properties and one had a very odd form of transport...... 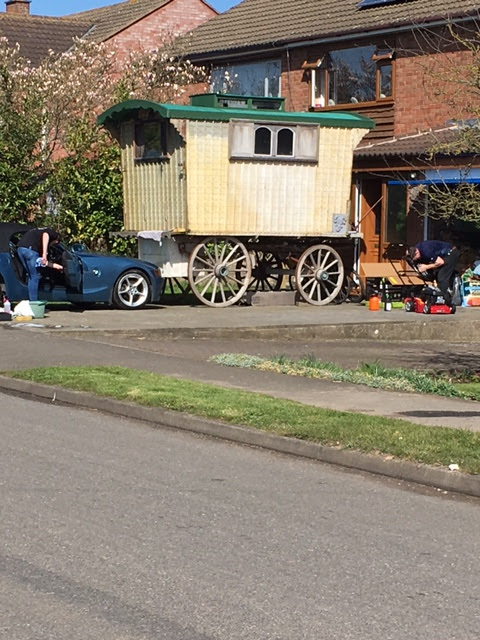 Kev took this photo of a horse drawn caravan on a drive, no horse anywhere!
After we had finished our beers we walked back down to our mooring and walked across the field to Stoke Golding and we stopped to have another beer in the beer garden at The White Swan pub, bit of a pub crawl, as when we had finished our beers there we then walked to the next pub George & Dragon and sat in their beer garden. We were making the best of the weather like quite a few other people were! When we got back to R&R we sat in the cratch, a few boats on the move now including 3 hire boats from the Ashby hire boat company, we feel for them as the weather isn't good for the next few days but I am sure they won't let it spoil their holiday!