Well we are now back aboard Rock & Roll and ready to start cruising again, we actually got to our marina in Shardlow on Saturday. We unpacked the car and once we had everything put away in their places and had taken Jaz for a walk we went into Long Eaton for some shopping at Asda. We wanted to move out of the marina that day as the flood lock was going to close on Sunday morning for repairs so once we had got back with the shopping we left our marina and had a short cruise and moored on the visitor moorings passed the pubs, we wanted to moor where the pubs are but there were 3 boats already there and there wasn't enough room for us but that was fine. On Sunday morning Kev left me here and took the car home where he cleaned it and put the cover on it & plugged the battery charger in to maintain the battery level, the plan was that he would ride his motorbike to my mam's in Hull, put the bike in her garage hooked up to another battery charger & then get the train back to Long Eaton today. But as it was such a lovely day he decided to come back on his bike and is leaving it on the marina. All good plans change!
Yesterday morning after Kev had left I took Jaz for a walk to see if there were any sign of work starting on the flood gate but nobody was there. Later on in the morning 4 hire boats passed heading in the direction of the River Trent which was in flood as was the River Soar, so about midday I had another walk with Jaz and found the workmen preparing things at the flood lock. 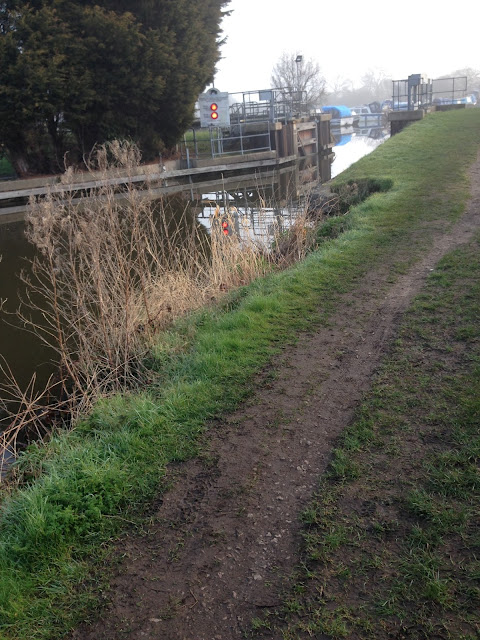 This was when I first had a walk 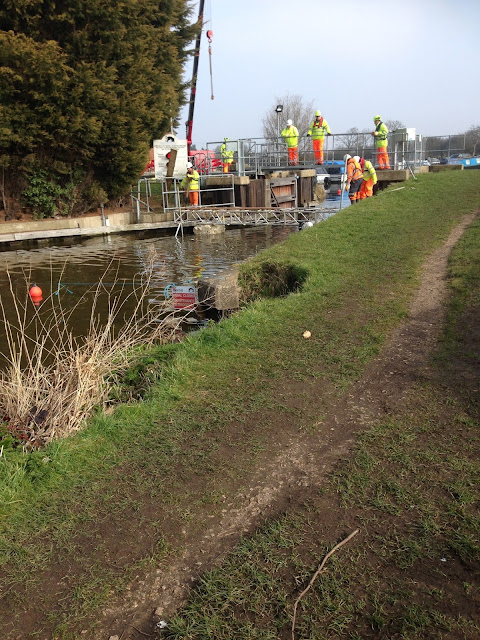 Then later on plenty of activity! 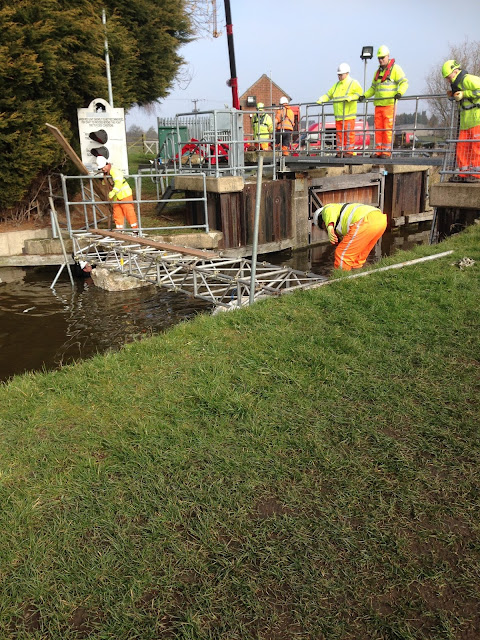 You can just see one of the men in the water, there was another at this side too 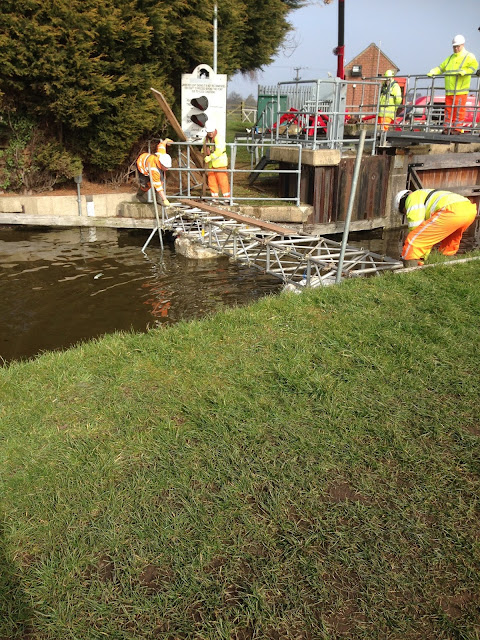 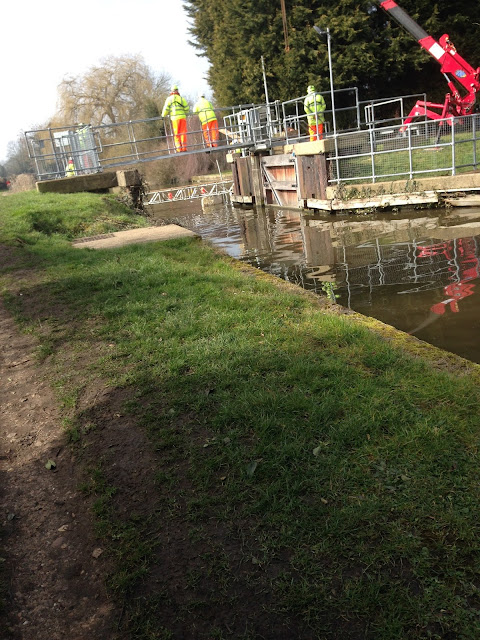 Looking back at the flood Lock
I carried on to Derwent Mouth Lock I found all 4 hire boats moored and all locked up! 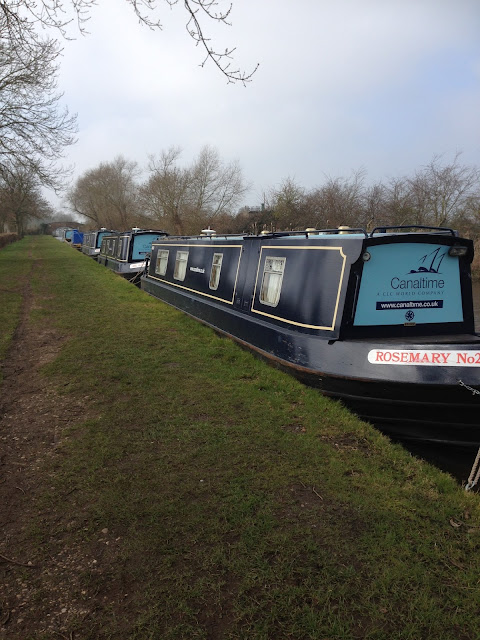 There were 3 private boats ahead of these all waiting for the River Trent and the river level markers were in red. I noticed at about 4pm 2 of the hire boats had gone down through the lock and apparently   the hire company had sent their men back for them, there was however a private boat just entering the lock to go onto the river.
We are heading off from Shardlow today and probably moor at Willington for the night.
Posted by Unknown at 02:06