When we left Fotheringhay on Saturday it was cold and there was quite a biting wind at times which made it feel colder than it actually was and we even had gloves on and I had my woolly hat on! An uneventful cruise and after working through 4locks the last one being Wansford Lock, we moored  a bit further after the lock at the EA moorings below Wansford railway station. There is a trip boat that is sometimes moored here and has priority if it is there, but fortunately it wasn't in service this weekend, there was enough room for our narrowboat and maybe a smaller boat behind us. There is a gate as you walk up from the pontoon and you need your EA key. There were plenty of people at the train station and a few on the special trains that were running along with the usual group of men snapping away with their cameras! They seemed to be taking photos of the same trains all day long, but if thats what they enjoy then fine. Moored on the pontoon at Wansford Station 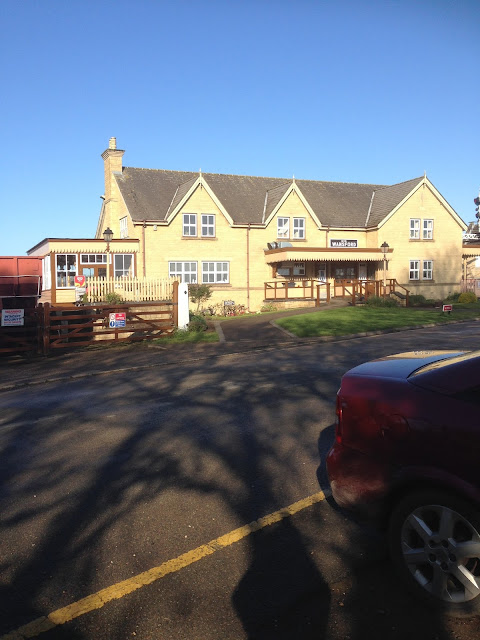 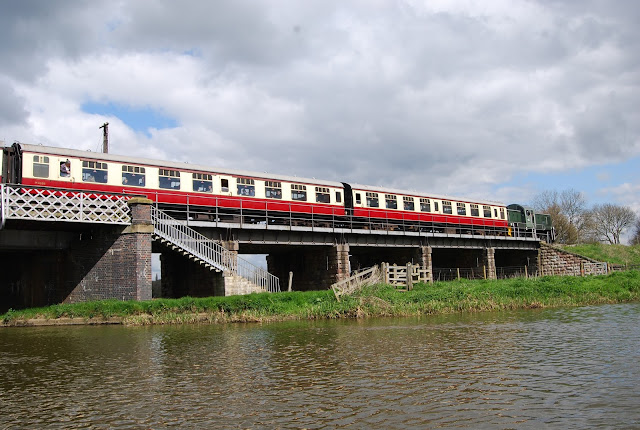 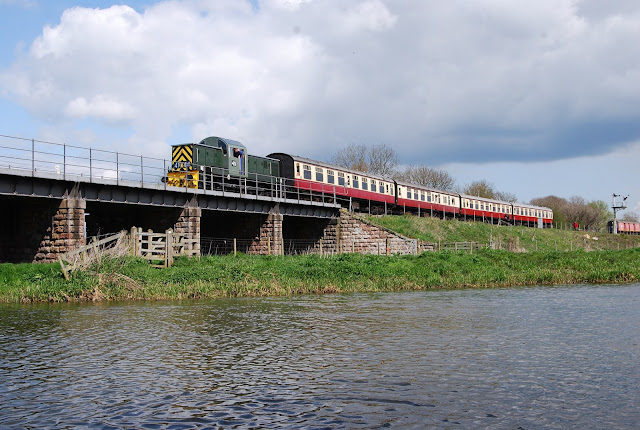 And returning!
There is nothing at this mooring apart from the station and a few houses, and the road leads onto the A1 which was very close! We never had a boat pass us until about 8 o'clock on the night heading in the direction of Peterborough. We had a good walk with Jaz, crossing over the railway bridge over the Nene river and into the field on the other side of the bank, walking along the riverside and then back in a circle on the footpath  beside the railway line, it actually started raining and turned to hailstones for a time but soon passed and so we didn't get too wet, but were ready for a nice hot cuppa when we returned to the boat!
Yesterday morning when we left Wansford it was once again time for warm clothing along with hats and gloves. We were soon through our first lock of the day which was Water Newton Lock. 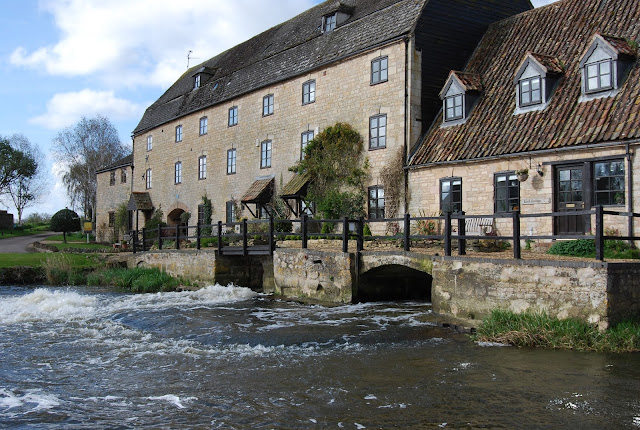 This is the old mill at the lock
By the time we were approaching Alwalton locks there was a boat just leaving the lock so we were able to go straight in. This was the last lock we did and we carried on until we passed under Bluebell footbridge where we turned right into Ferry Meadows Country Park onto Overton Lake where we moored on the pontoons there. These are 24 hour moorings and good walking for the dog, we have been to Ferry Meadows before when we had our caravan as there is a Caravan club site there.
This morning after breakfast and after I had done a wash we left Ferry Meadows and headed for Peterborough to the services to fill with water and once we had finished we turned around and headed in the opposite direction and stopped at Asda for shopping. There are some flats with railings and we were told by another boater that there is a gate that you can get through and Asda is directly opposite. 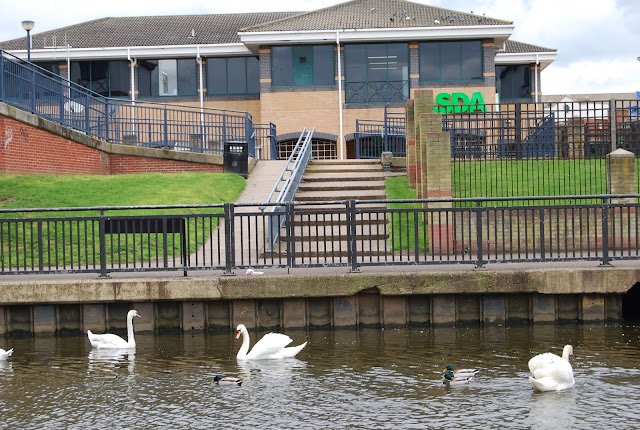 The gate is here. 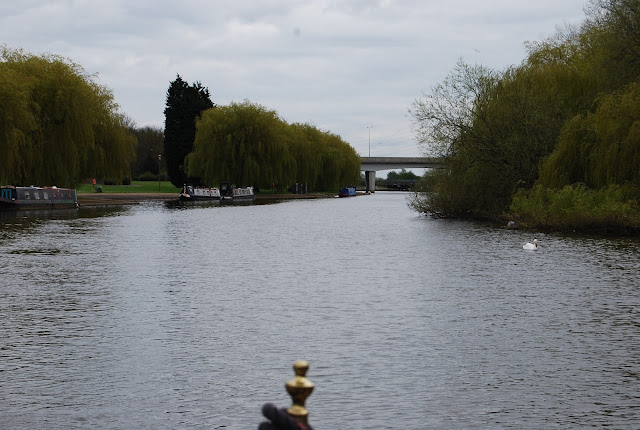 Looking back at the services 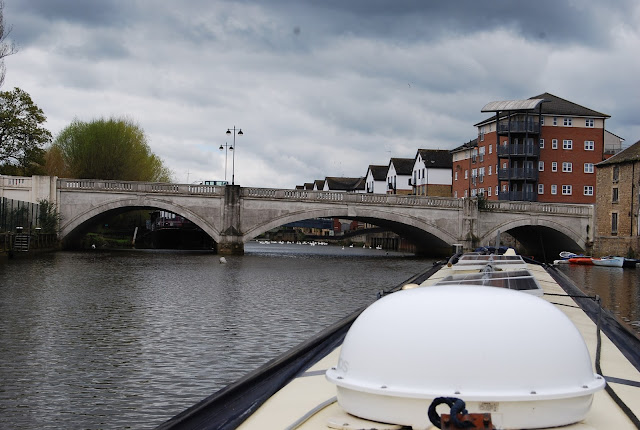 Looking towards the flats where we moored for Asda 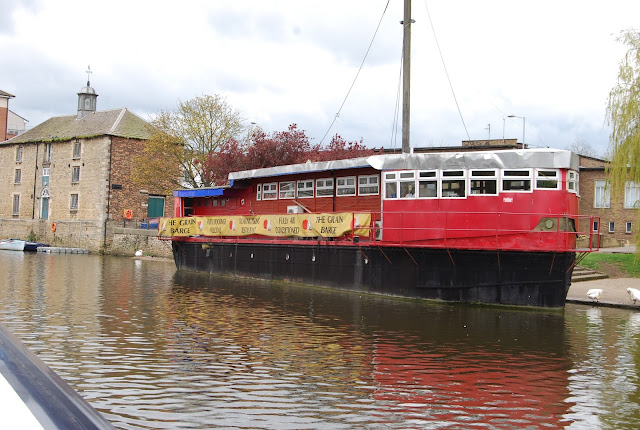 This is a Chinese restaurant 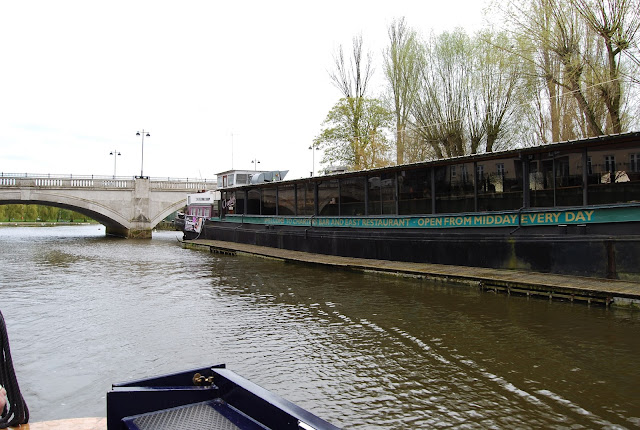 Restaurant where apparently you can moor up alongside to use it!
We are now moored at the EA moorings at Thorpe Meadows which is situated between Orton Lock &  Peterborough.
Posted by Unknown at 07:26