Friday 29th April
We were going to stay at Thorpe Meadows until Wednesday but we decided to leave on Tuesday lunchtime instead, and we went back to Ferry meadows moorings. We had to have a medical in Peterborough on Wednesday afternoon and it seemed better to leave the boat at Ferry meadows rather than Thorpe meadows and get the taxi from there. The medical is all part of an insurance claim from the accident we had last year in the car! We did have a medical booked in Hull before we left in March but we made a mistake with the day we were supposed to have our medical, we thought it was on the Friday 11th March when in fact it was the day before Thursday 10th March! I know how bloody stupid are we!!
Anyway before we left Thorpe Meadows we had a visitor in the lake... 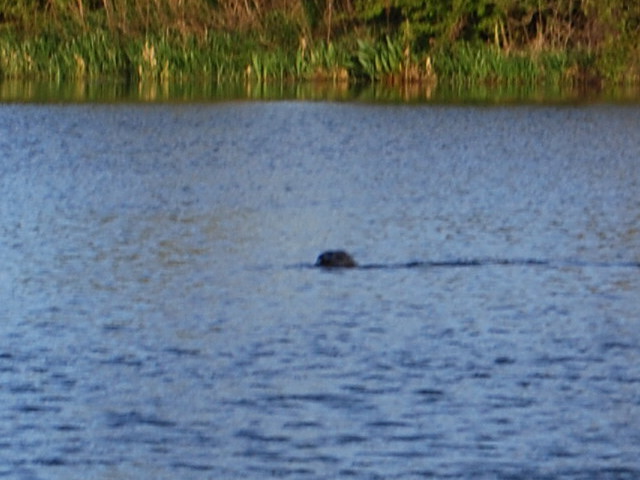 A seal
Not a very clear photo, it then went under water and we never saw it again. We don't know how it got there and Kev had been talking to a woman who told him that the seal had been around about 2 weeks and that the EA had been informed. 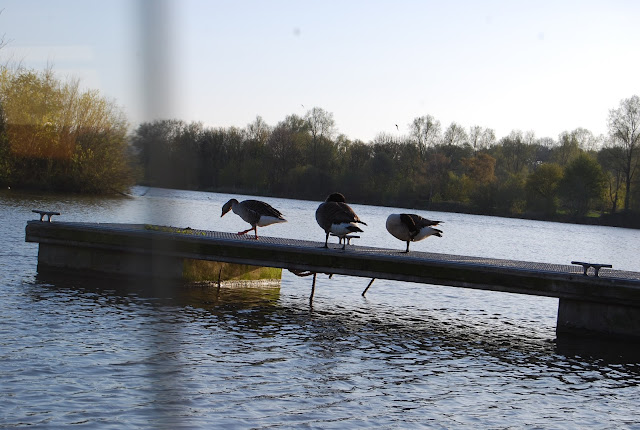 Geese on the pontoon opposite us at Ferry Meadows

On Wednesday afternoon when we returned  to the boat from our medicals and I took Jaz for a quick walk while Kev dropped the canopy & prepared to leave, and once I had Jaz back on board we set off. After we had done 2 locks, Alwalton Lock & Water Newton Lock we carried on to the pontoon mooring at Wansford  Nene Valley Railway, where we had moored previously.
The weather has been awful at times we have had wind, rain and snow! The sun has been lovely when it has made an appearance but spoilt by the wind. Yesterday morning  about 6.15am when Kev took Jaz out for a walk there was a frost and the ropes on the boat were frozen but by the time we were ready to leave they had thawed slightly as the sun was shining. 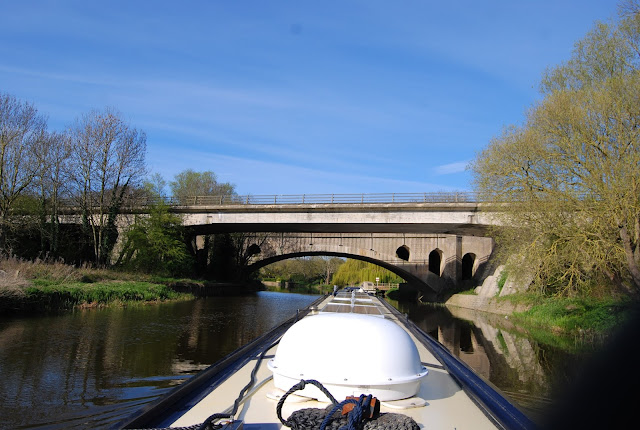 Heading towards the road bridge (A1) at Wansford 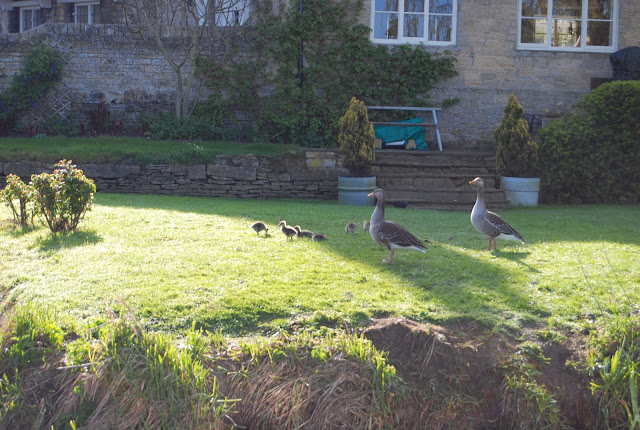 The first goslings we have seen.
When we got back to Fotheringhay we went through the arched bridge where there are more moorings and a water point so we filled up with water and after the tank was full we pulled forward of the water point and moored up for the day. We had a laugh about the farmer who owns the land that all these moorings are on as he appears from nowhere to collect his £4 from boaters! As another 3 boats came to moor here and each time he came for their money! When we were here last week he even came for our money after the funeral that had taken place and was still in his suit! He certainly doesn't want anybody to get away with not paying, ha ha.
Fotheringhay Church is a short walk across the field where we are moored so we went for a walk to have a look inside. I must admit walking on the land where the castle once stood and also inside the church gave me a real strange feeling of history and thinking of all the people who had once trod this way over the centuries was amazing. 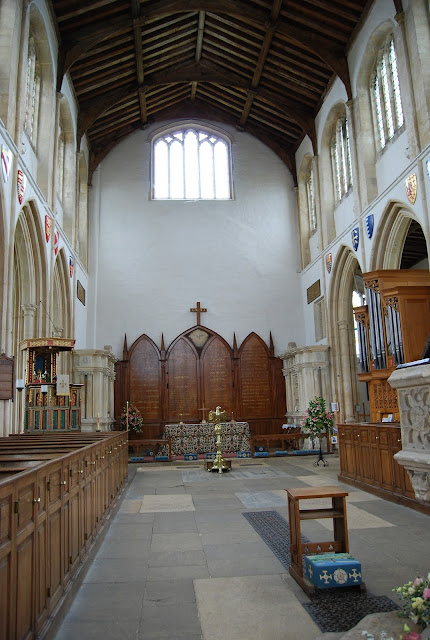 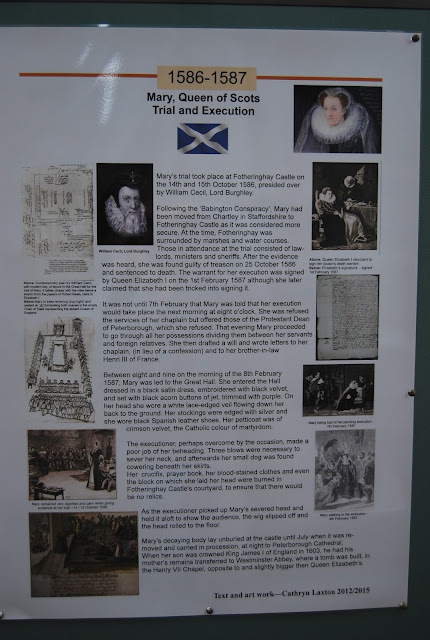 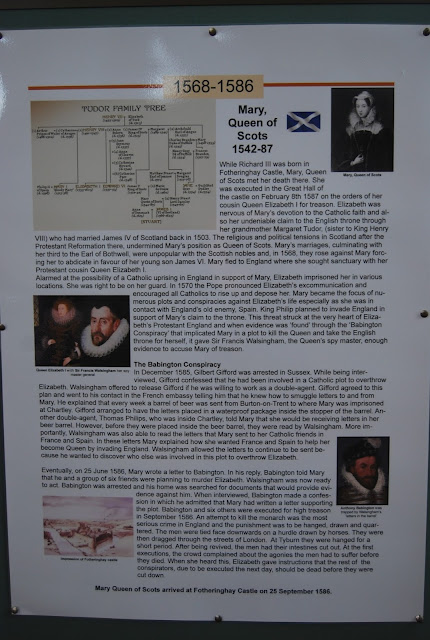 Due to the strong winds we will probably stay here another night and head off tomorrow, expect the farmer will be here later for his £4!
Posted by Unknown at 01:37