On Friday morning Tim decided to leave so Kev went to set Irthlingborough lock for him. 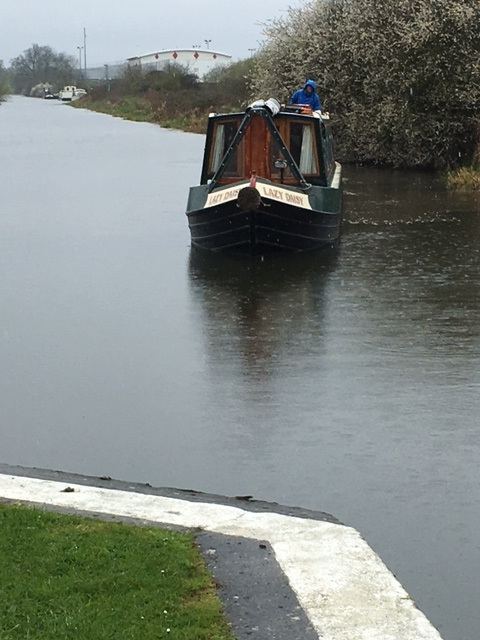 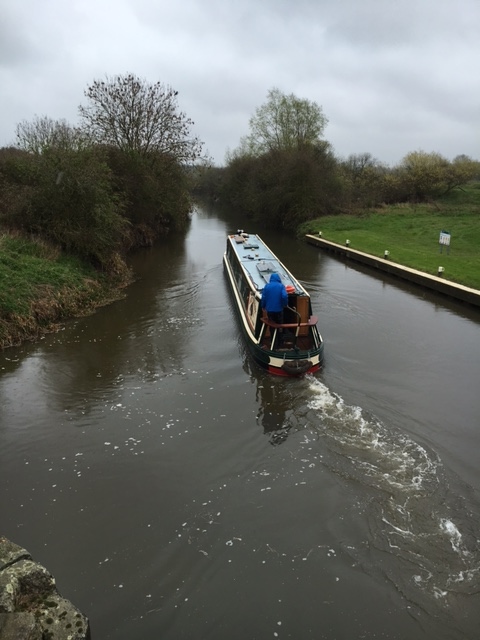 Tim heading for Wadenhoe
We stayed put but had a walk with Jaz into Irthlingborough to post a letter, we wasn't very impressed with the place, there were a few takeaways, Tesco express, a post office & a few other shops and a couple were boarded up! It is ok to get a few bits of groceries though but a bit of a walk to carry much.
Yesterday morning we decided to leave and head for Wadenhoe, we put our wet gear on as it was raining but not heavy it was the fine rain that soaks you! It was very cold & when we got to Woodford lock as there wasn't any other boat a boat we moored on the lock landing and Kev took Jaz for a short walk to stretch her legs etc, I made us a cuppa and Kev had a sausage sandwich while I had a cuppa soup, we were soon warmed through enough to continue and by the time we were at Denford Lock the rain had stopped and it wasn't too bad but still cold. When we got down Islip lock & Kev was leaving the lock there wasn't a lot of headroom and the TV Antenna got snapped off, it usually folds down but Kev had tightened it up as it kept blowing down in the wind. I went down to the floating lock landing and as I got to the steps the bottom step had a good couple of inches of water  covering them. Kev noticed the level marker opposite the landing & also the marker at foot bridge just a bit further on showing about 1.6m and we are 1.8m air draught! Which meant that we wouldn't be able to get under the bridge & there was a pretty fast flow from the weir. We made the only decision we could which was to reverse back into the lock and go back on the floating lock landing upstream of Islip lock. So that is where we are now and Kev has been on the Environment Agency website and the water has risen but seems to be levelling off now, it is dropping fast further upstream but all that water needs to get down here so we will have to sit tight for now. At least we can get Jaz off for his business  but we can't go anywhere as it is a bit of an island. Here are some photos Kev has taken, although earlier this morning everywhere around was covered with frost but the sun is out and it is lovely. 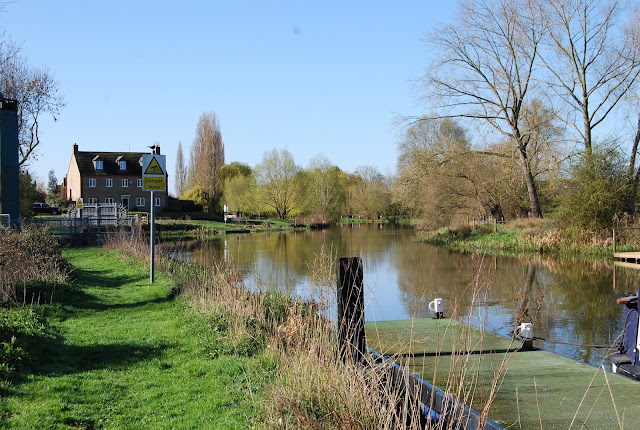 Looking back from the landing 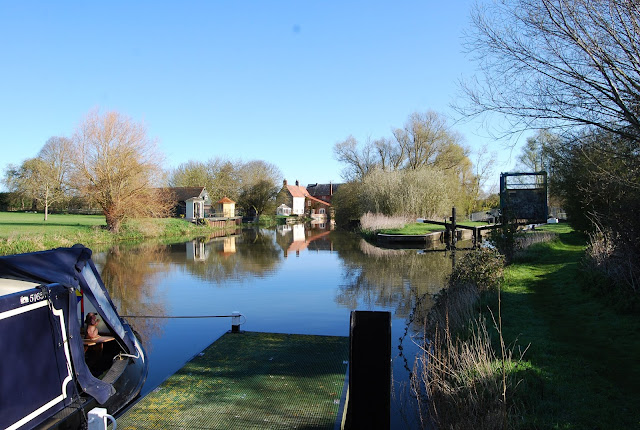 The lock just to the right 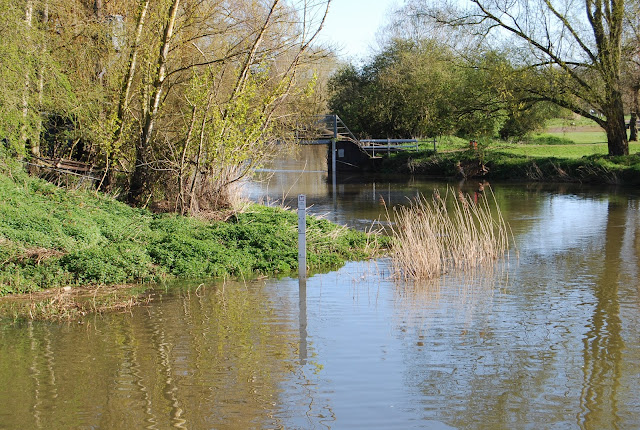 The water marker & footbridge ahead 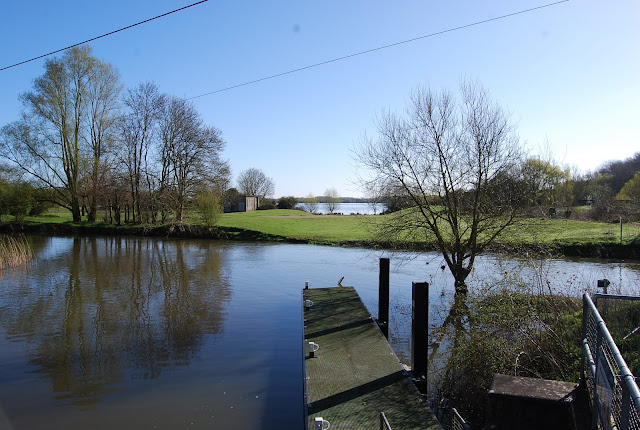 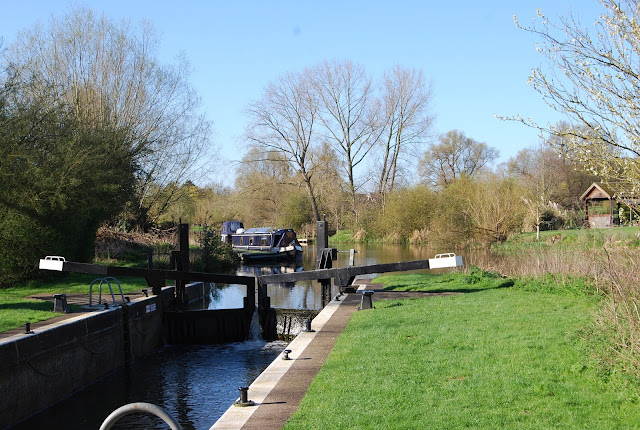 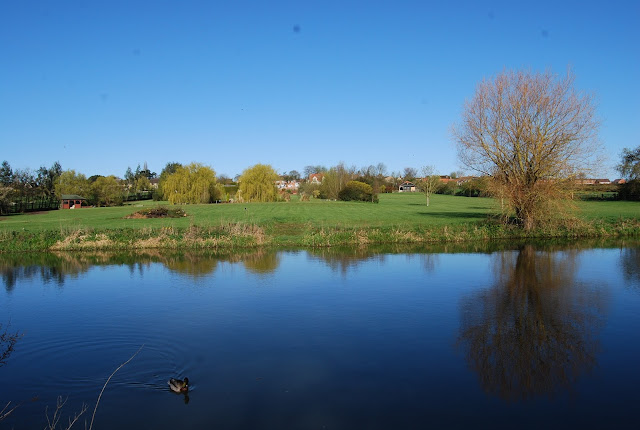 A lovely view opposite us 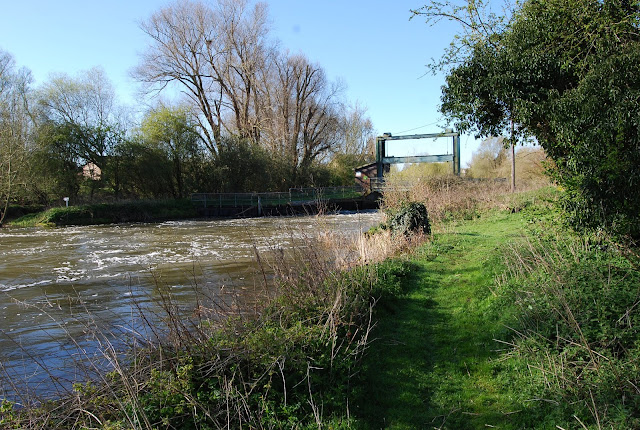 The weir at the other side of our little island! 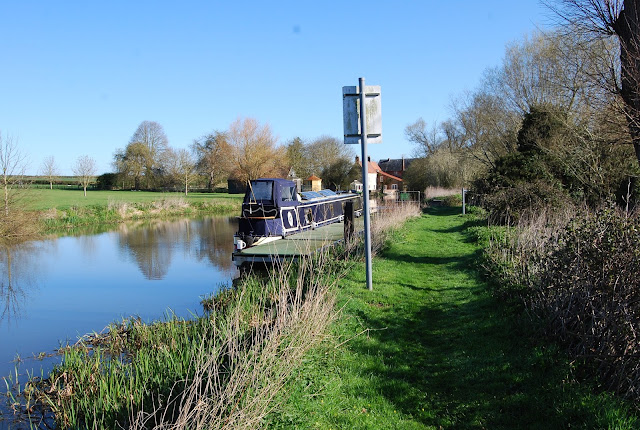 And here we are again!
When Kev had just come back in and given me the camera he heard a splash in the water just at the bow then he saw a Mink climb out onto the bank and into the bushes that you can see that are next to where we are moored.
Posted by Unknown at 01:57