Saturday 2nd April
On Thursday we had a walk to the shop in Braunston village and took Jaz with us, it was quite a good walk and then we walked down towards the canal and crossed Butchers bridge & back on the towpath then across the bridge at the bottom lock so Kev could pop into Wharf House Narrowboats, he bought a tin of cream paint & a tin of black paint too. When we got back to the boat we had a cuppa and then got ready to go over to the Admiral Nelson for some lunch. Kev had a beef pie & I had the fish & chips, it was really nice. 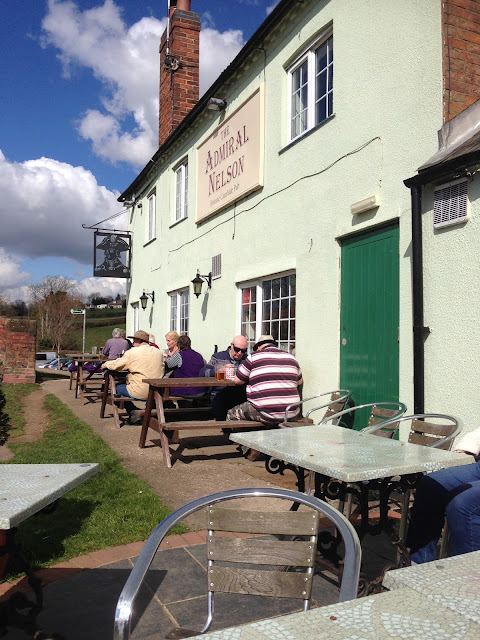 We sat outside to finish our drinks 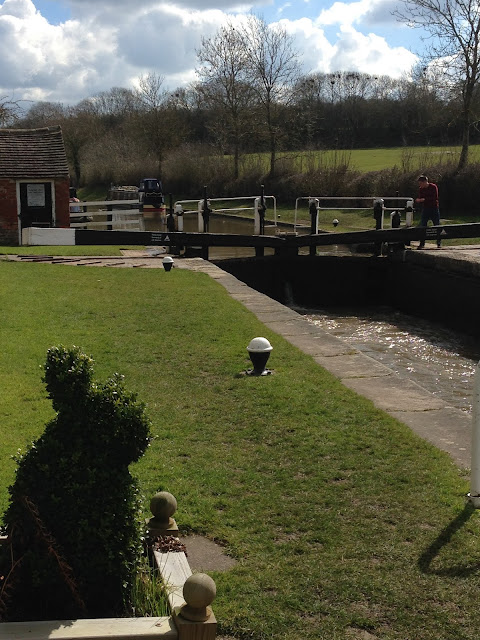 R&R moored above the lock
Yesterday were ready to leave about 7am and Kev went to set the next lock for me and we were  soon through the last lock and heading for Braunston Tunnel. 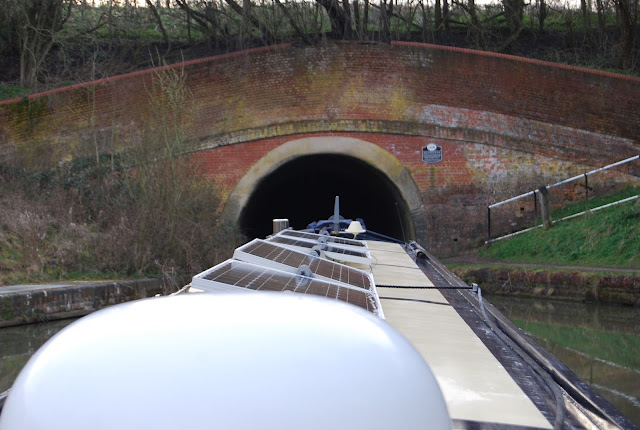 I stayed down below with Jaz while Kev took the boat through the tunnel and we never passed another boat until we were through it, and it wasn't long before we arrived at Buckby Top lock where there was a CRT work boat coming up. 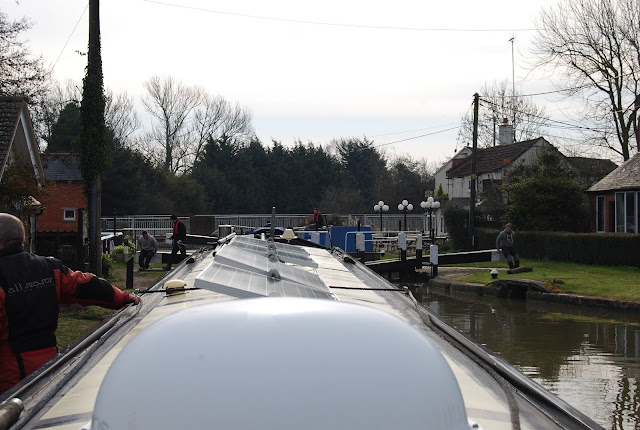 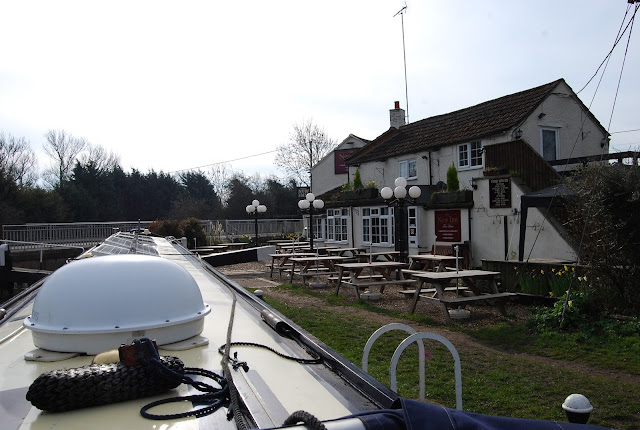 In the lock & alongside is the New Inn 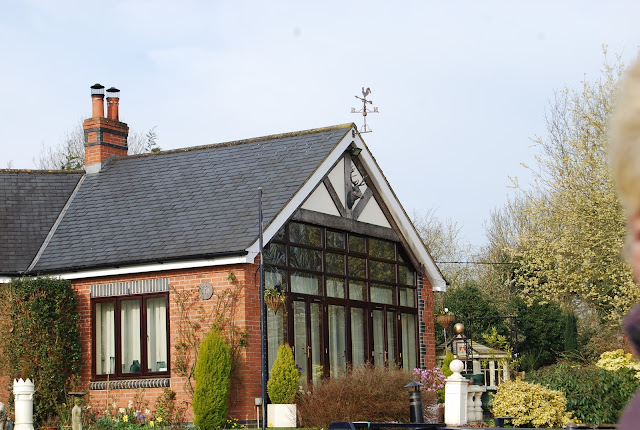 One of the first properties we saw after leaving the lock!
We have never been this way before so it was all new to us, and we were looking forward to seeing different places. As we got to the second lock and I was waiting for Kev to fill it we were joined by a hire boat with aSouth African woman and her husband who was Belgium, Kev was pleased to have them share the double locks so it would be easier but unfortunately the woman couldn't open & close the lock gates on her own so Kev was having to help with each one. The man told me that she couldn't manage to steer the boat so she was doing the locks instead with his help I presume before now. They were a lovely couple though and were heading back to Gayton to take the hire boat back.
As we got to the bottom lock it was full but we could see a man starting to open the paddles to empty it so Kev walked on to speak to him as we should have been able to got straight in. He was from the workshop next to the lock and told Kev that his workshop had been flooded the other day as there is too much water coming down and he told us to leave the gates open when we left to let some water down. When both the boats were in the lock The water from behind poured in and we were stuck in there as it was filling back up quicker than emptying. The man at the workshop rang CRT but said the water would slow down soon. 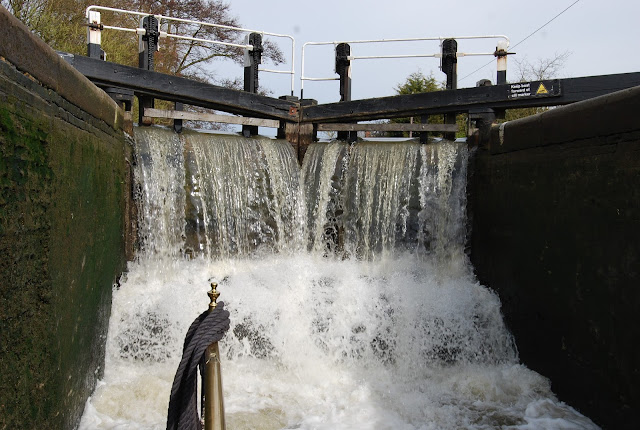 This is the water pouring over the gates!
It did slow down after what seemed forever and we were soon able to make our way out of the lock! Once we were clear of the lock & the marina there we pulled over for a bite to eat & let Jaz out for a short walk and then we set off again. As we passed through bridge 25 we notice a familiar boat with a lot of washing out blowing on the clothes airer at the stern it was Nb Muleless, so we managed a wave as we passed. As we passed through bridge 26  Stowe Hill Wharf we decided to moor up and are just passed the boatyard. There are some good walking around here for Jaz so we will stay put over the weekend.
Posted by Unknown at 00:36