A good meal in the Falcon Inn & scary goings on in another pub!

Friday 22nd April
Yesterday morning we waited for Graham & Mel to leave so we could top up our water tank as  they were moored  behind us near the water point, so all we needed to do when they left was to pull our pins & pull R&R back onto the water point. 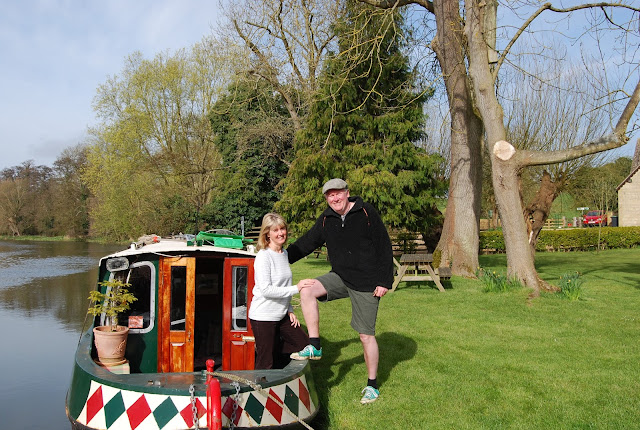 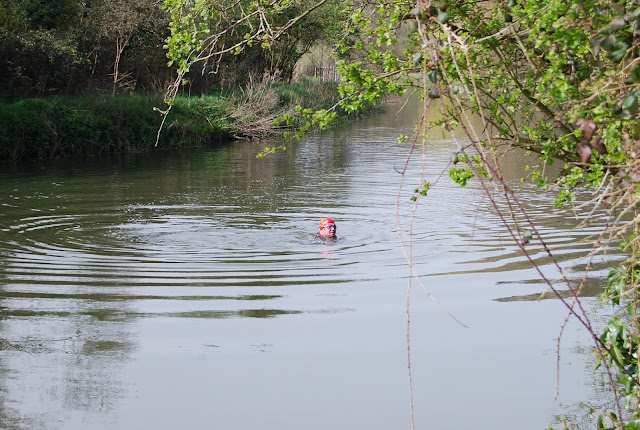 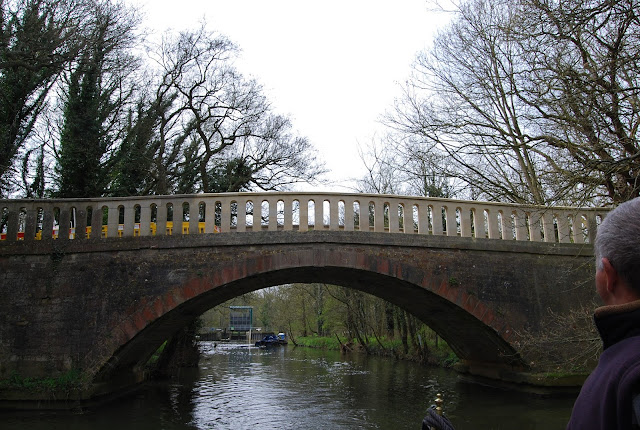 Looking back at Lilford lock 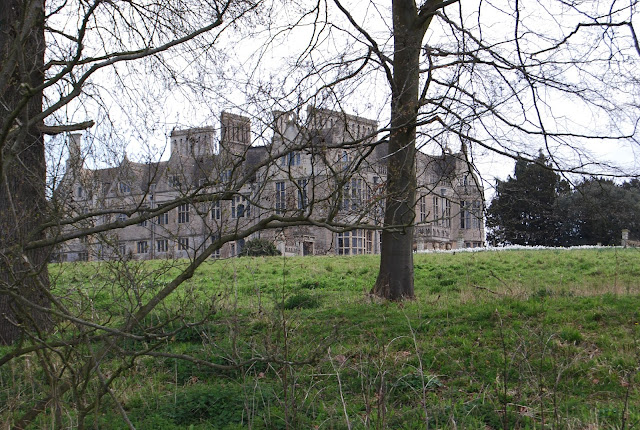 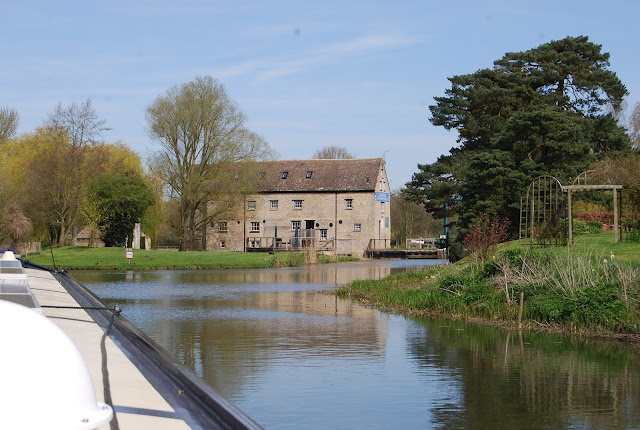 Approaching Upper Barnwell Lock, the mill next to the lock is a restaurant.

As you leave this lock there is a very low bridge 2.2m air draught! Then you pass Oundle cruising club & Oundle Marina, we then saw this swan below on her nest. 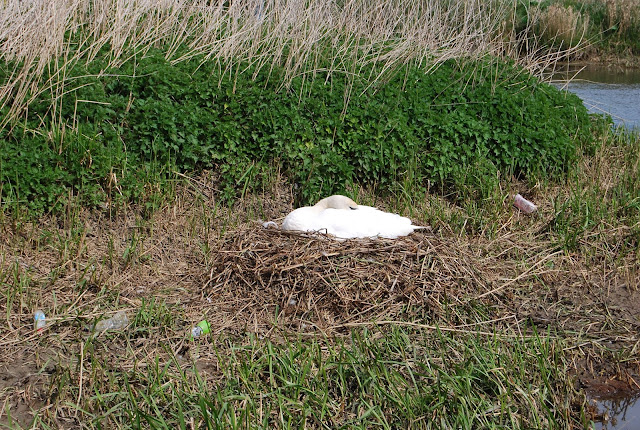 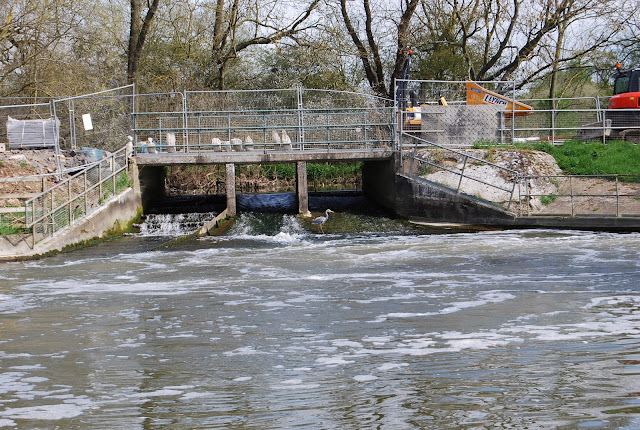 The Weir footbridge near Ashton Lock closed for repairs. 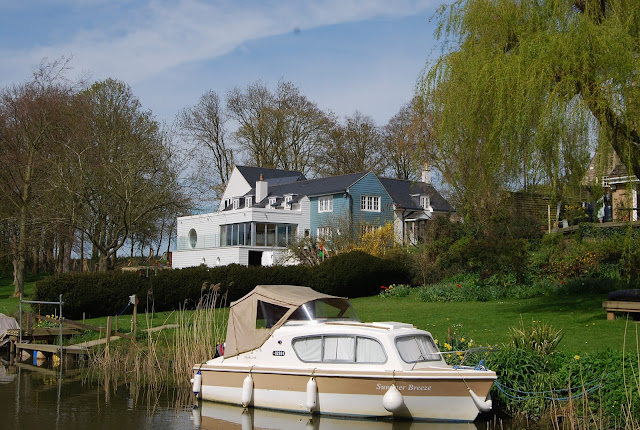 We passed this lovely house, the photo doesn't do it justice! 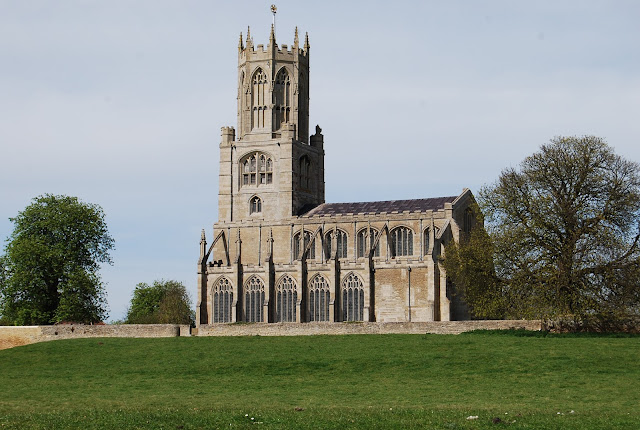 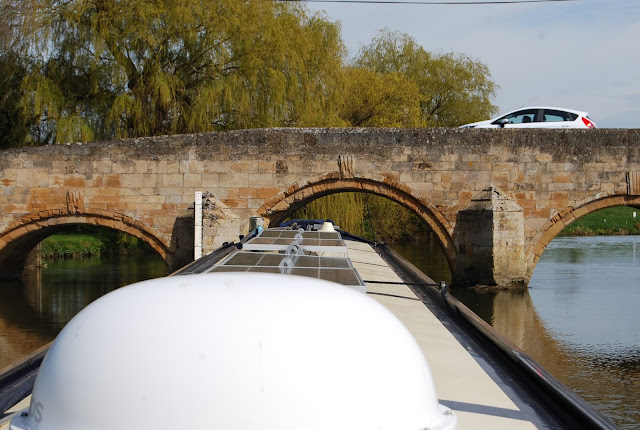 Just about to go under Fotheringhay Bridge

There are moorings just before the bridge & a water point too, there are also several moorings after the bridge and this is where we decided to moor. There are posts to tie up to and the man who owns the land comes to take a payment of £4 per night. 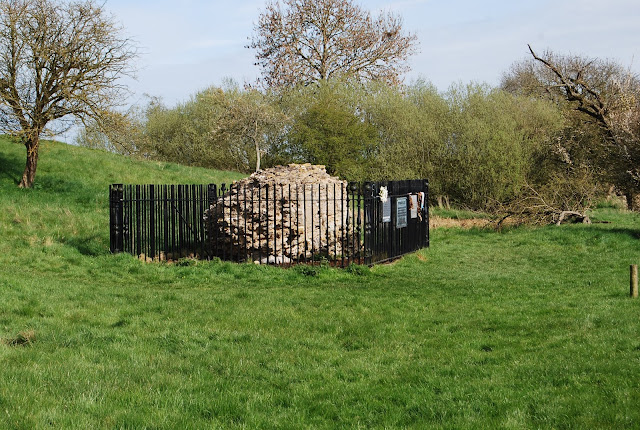 This is all that is left of Fotheringhay Castle
We are moored with the old Castle mound next to us and the above photo is just ahead of us, there are ware 3 plaques on the railings here are 2 of them.. 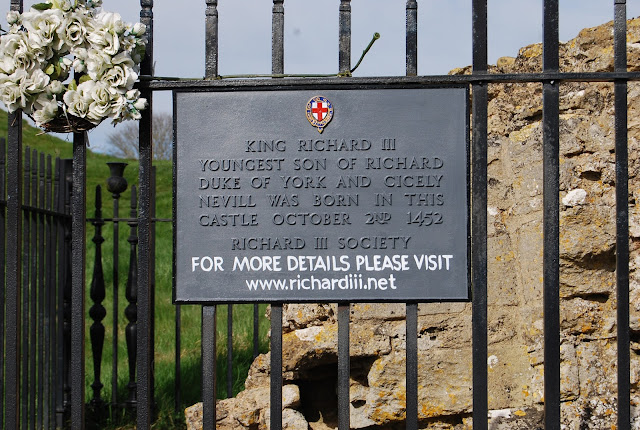 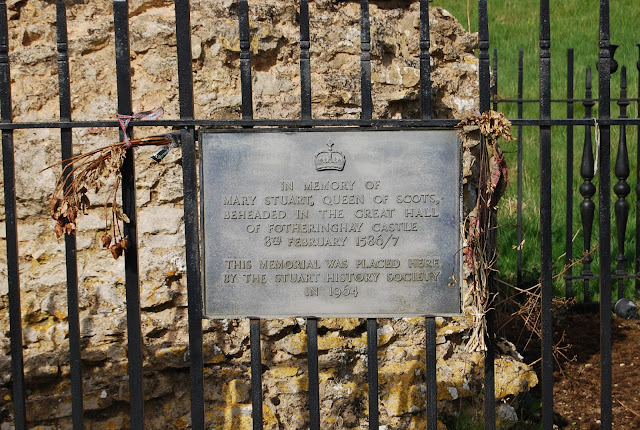 We were going to have a walk into the church today bet the man who owns this land told us there was a funeral today so we didn't think it would be right us going so we went to the Falcon Pub instead! We had a lovely meal in there both of us had the steak & mushroom pie which was great and the presentation of the vegetables was also lovely we couldn't fault it at all! there were a few people coming in the pub for meals and also people who were having a drink before the funeral. It was a lady of 67years who had died of mad cow disease! Someone had said they thought that was eradicated but someone else said it was but that it can lay dormant and this lady apparently died suddenly. She must have been very popular as when we left the pub there were 2 car parks full and the village had lots of cars parked on both sides of the road. We will probably moor here again on our way back to the Grand Union Canal and then go to look around the church. I don't know if anybody has been to The Black Horse in Elton which is only a couple of miles away but we were told by the waitress in The Falcon pub, that The Black Horse was once the hangman's home and he is said to haunt it! She worked in the pub and told us that she used to open up in a morning and close up on a night and had often felt a hand on her shoulder and her name being called. Also there have been people who were too scared to go in the pub, very scary. 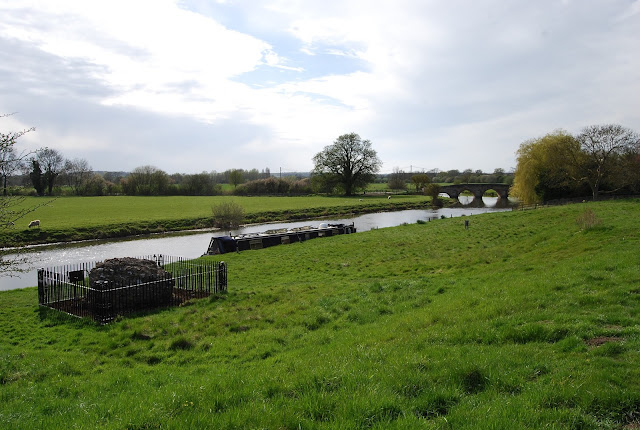 Our mooring at Fotheringhay
Posted by Unknown at 06:44