meeting a cormorant & a Rooster!

Thursday 23rd July
On Tuesday morning we left Fazeley at about 8am and as we were nearing Tamhorn Park Bridge there had been some work going on... 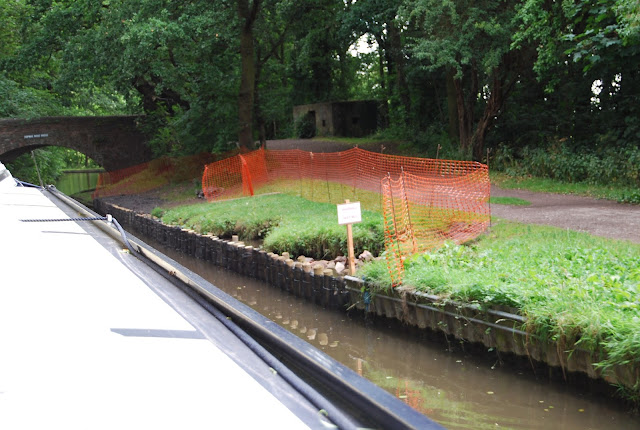 and then we noticed... 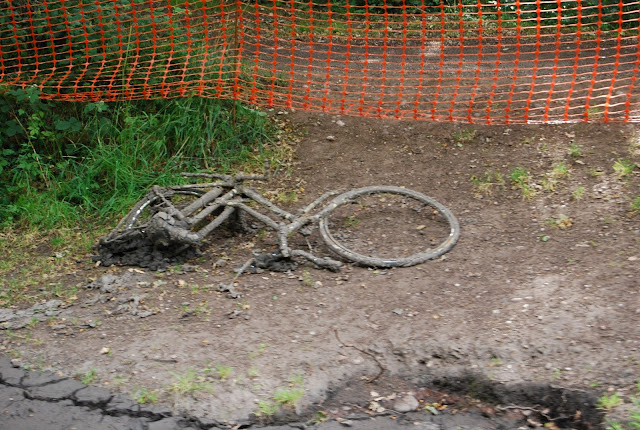 has anybody lost a bike?
We had a good cruise to Fradley but it was quite windy at times and I went and opened the swing bridge for Kev and we turned right towards the lock, and then I went to get the lock ready,the wind rely picked up as Kev was waiting and it blew the bow over to the lock landing before he had chance to manoeuvre onto it. There was a bang but nothing inside broken! When we got to Alrewas we wanted to moor up for the day and it was really jammed full of boats. Kev walked ahead while I came along slowly on R&R when he was through the last bridge before the lock there was a space but we were just a little too long for it but the man on the boat ahead kindly moved up a bit and helped us get in, it was a tight fit bust at least we were moored! 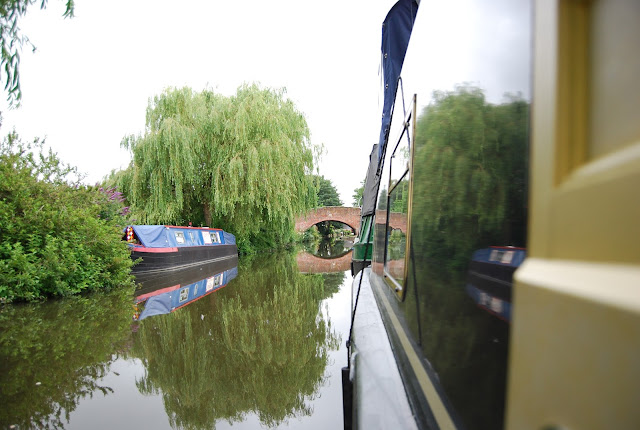 Looking out the side hatch yesterday morning very peaceful
Once again we left at 8am and I went to the lock and got it ready and we were soon down and out of the lock and onto the short stretch of river that gets you to Wynchor lock and back once more onto the Trent & Mersey canal. We hadn't gone far before a bird flew over us and dived into the canal and it came up again behind us! It was diving and then coming up for several times and then it caught 3 small fish one after the other. 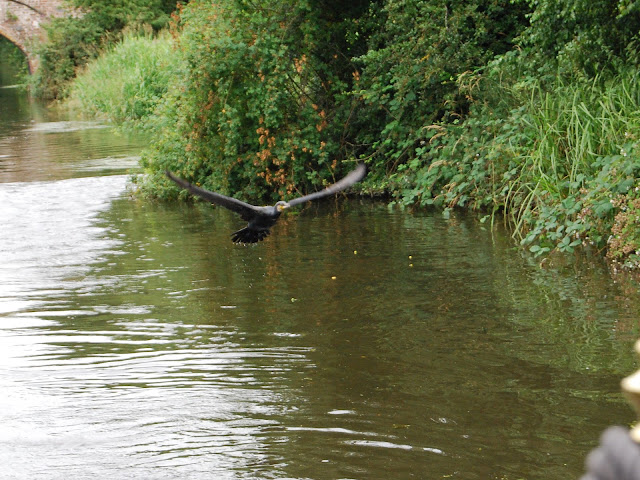 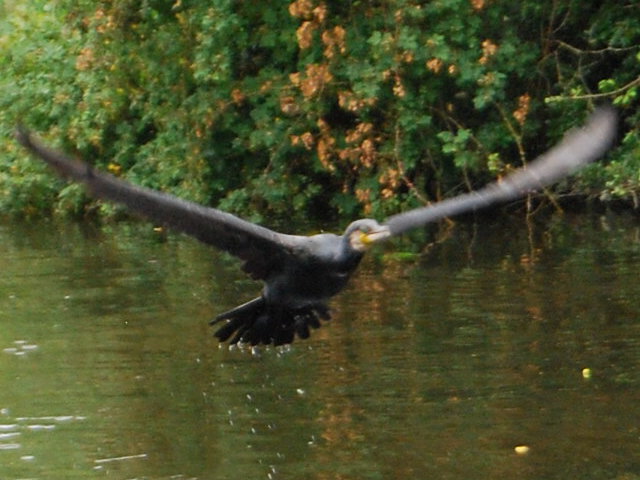 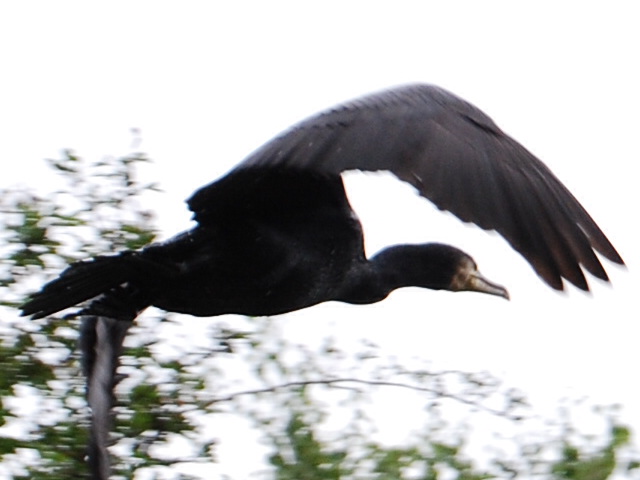 It was a Cormorant
We wanted to moor at Branston water park as we knew Pam & Terry ( nb Roosters Rest) was moored there so as we were waiting to go into Tatenhall lock I text Pam to say we were not far away from them and we then carried on the short distance and Terry came out and helped us moor up behind them. Pam said that they were going to a pub in Branston village called the Gate Inn for lunch as it was £5 for main course & a dessert! That sounded good to us so we all had a walk about 11.45 am and walked through Branston water park and turned left at a children's play area then there is an underpass that runs under the A38 and you come out into a street as you get to the end of the street you turn right and walk a short distance and the Gate Inn is there! The food is very good and we will be going back there again, the beer prices aren't bad too! It was lovely to see Pam & Terry again they are a lovely couple and Pam is always so cheerful so we had a good laugh, we had a few beers back on R&R before they headed back to their boat and we settled down with little Jaz, who had been very good as she had been in her cage for quite a bit.