On Sunday morning we moved off from Wolseley Bridge  and made the short trip to Taft bridge where we pulled alongside the fuel boat that is permanently moored there. We topped up with diesel @ 60p per litre and a bottle of gas @£22. We told the lad serving us that we were booked in with his dad Dave Freeman, for a boat safety certificate inspection on Monday afternoon and said we would moor across on the towpath side of the canal. The lad said his dad had another boat to do on Sunday so Kev told him if he wanted to do ours the same day that was fine. Later on in the day there was a knock on the front doors and it was Dave, who asked if he could do our inspection so Kev said yes and so we now have R&R up to date with the boat safety certificate!
We decided that we would leave yesterday (Monday) and when we got to Rugeley we moored on the visitor moorings and went to Morrisons for some shopping and then while I unpacked the bags Kev  started the engine and let go the ropes and we were on our way again. We had an uneventful cruise with hardly any boats on the move and when we were approaching Shadehouse lock we noticed spaces on the visitor moorings there so we pulled over and moored up.
This morning it was fine and the sun was shining as we left to make our way down the locks and when we got down through Junction Lock Kev walked on ahead to the water point while I brought the boat alongside and as I was there was a familiar boat on the other side of the canal... 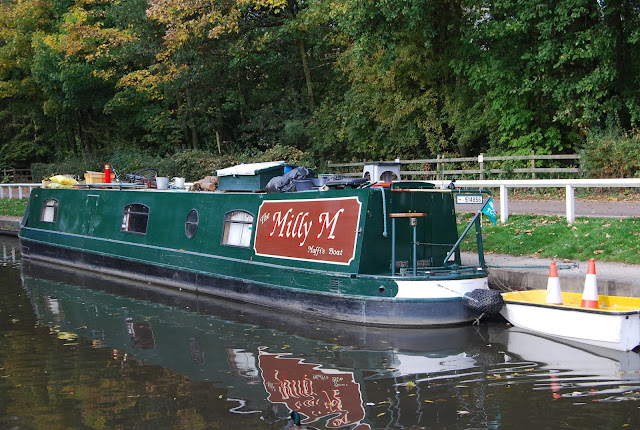 Kev had seen Maffi and his Staffie Molly while I was coming out of the lock and Maffi walked round to us at the water point for a natter.
Jaz was happy to meet both Molly & Maffi although Molly wasn't as interested in her! 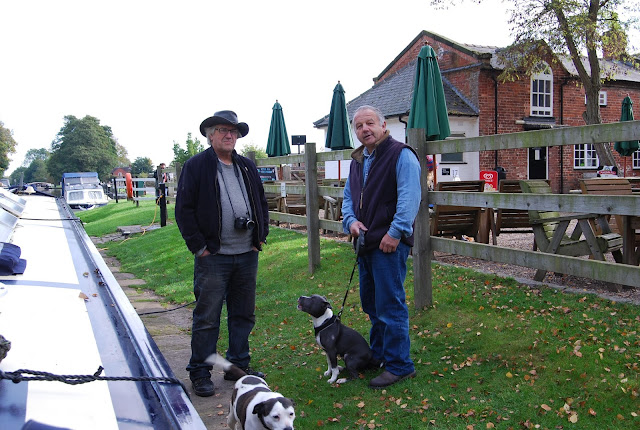 The water flows very slow here so we had time to have a cuppa while we were waiting for the tank to fill. When we finally had a full water tank Maffi walked to the lock with Kev and they chatted until we were down through the locks. Nice to have met you and Molly too.
As we got down the last lock and were passing the moorings we noticed the newly repainted Percy  and looks good, nobody on board though. 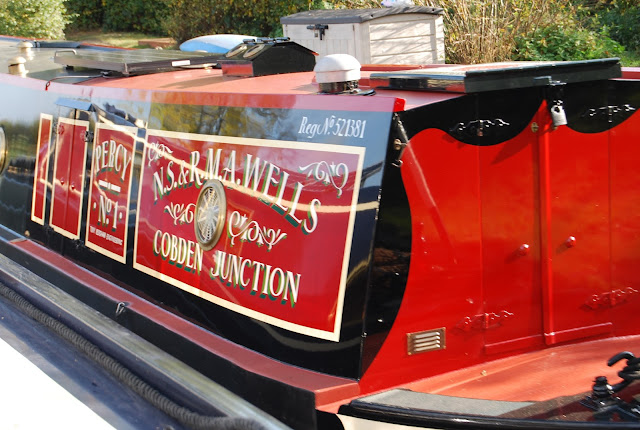 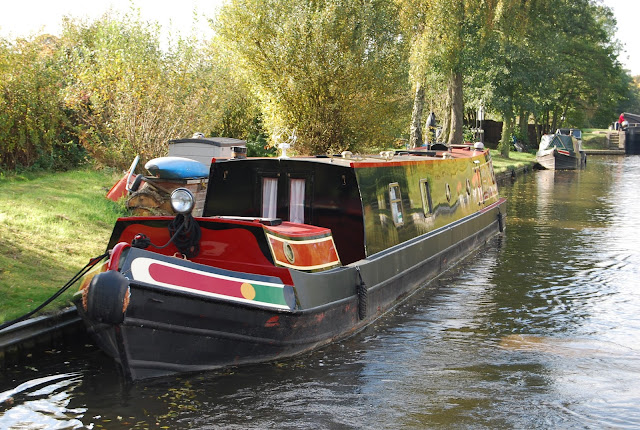 Just passed Percy
We were lucky with the next couple of locks as there was a boat coming up both of them and we were able to go straight in! Kev stayed on the towpath at Alrewas and he walked unto the moorings before Alrewas lock to see if there were any available and there was a space between two boats as one had just left to go down the lock so that was us sorted!
Posted by Unknown at 06:22