Saturday 9th March
Well what a lovely morning it was to wake up to so different from yesterday, we had a cooked brekkie before leaving the mooring in Birmingham. We stopped to top the water up at the services just before the start of the Farmers Bridge locks and the water was quite slow but we were away from the water point around 9.40am  and Kev got the first lock ready for me. We had hoped to get an anti vandal key from the BW office there but it is now closed! Not a good start as we would need one anyway we had to press on. When we were in the second lock of the flight a man came & decided to help us which was very kind of him (A new crew member) Kev spoke to him and found out his name... 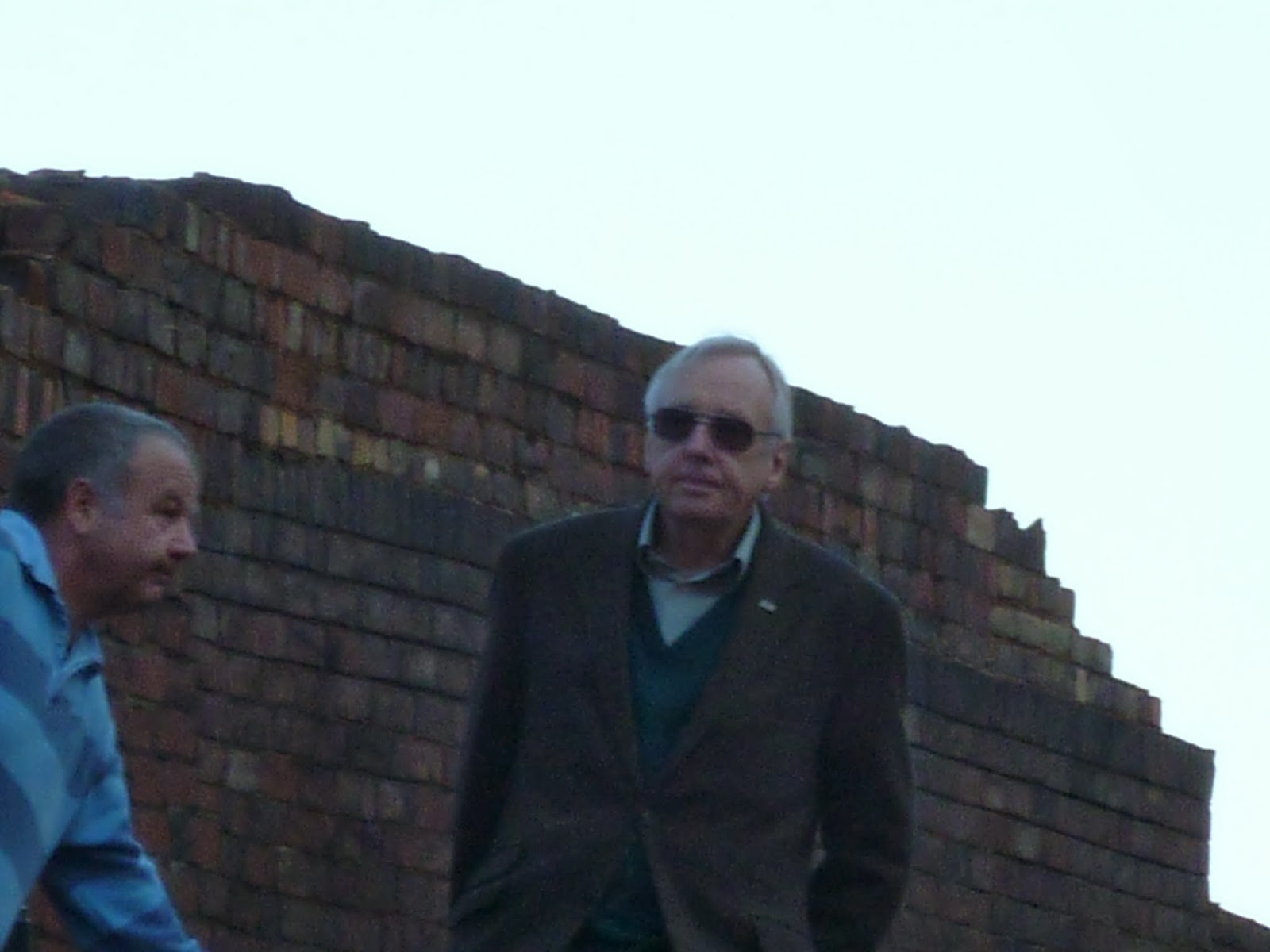 Jim Shead
Most of the boating fraternity will know him as he has a website: www.jim-shead.com
What a lovely man and when Kev told him that we needed an anti vandal key he went home to get us one as had 2 so we bought it from him, problem solved!! he brought back his windlass too and stayed doing the locks 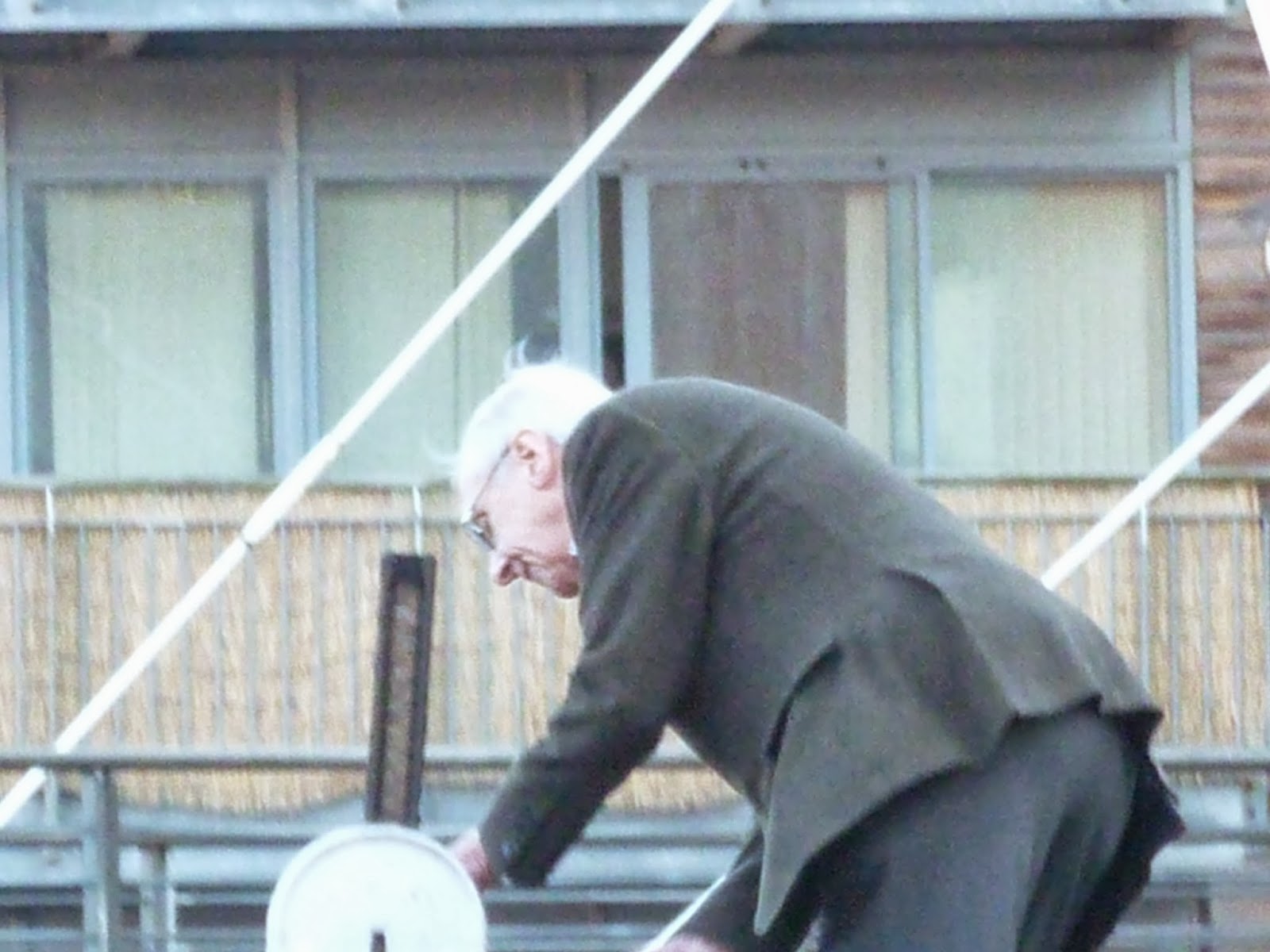 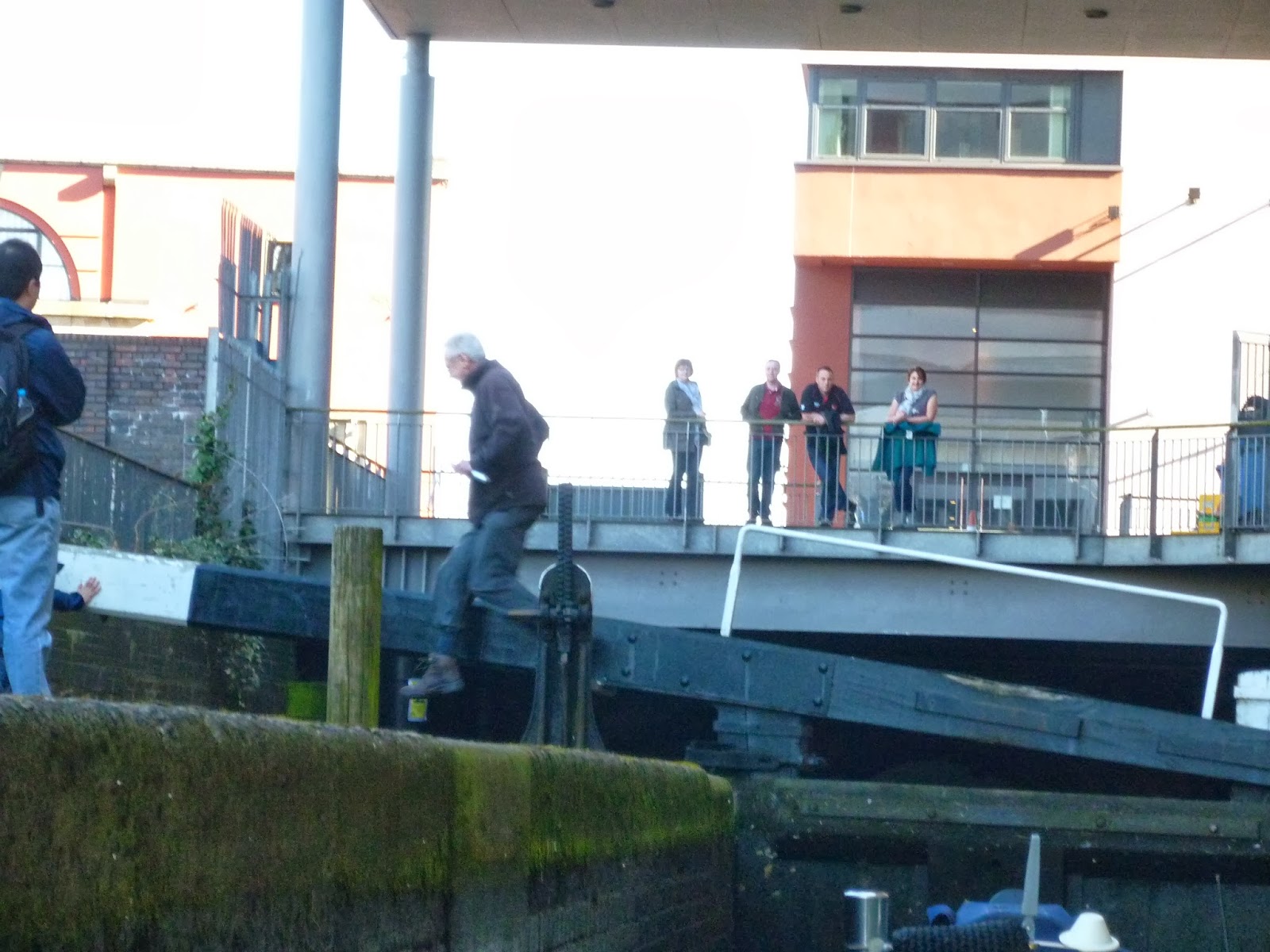 People looked amazed at this man of 70 years spritely going across the locks & opening & closing gates like a youngster! 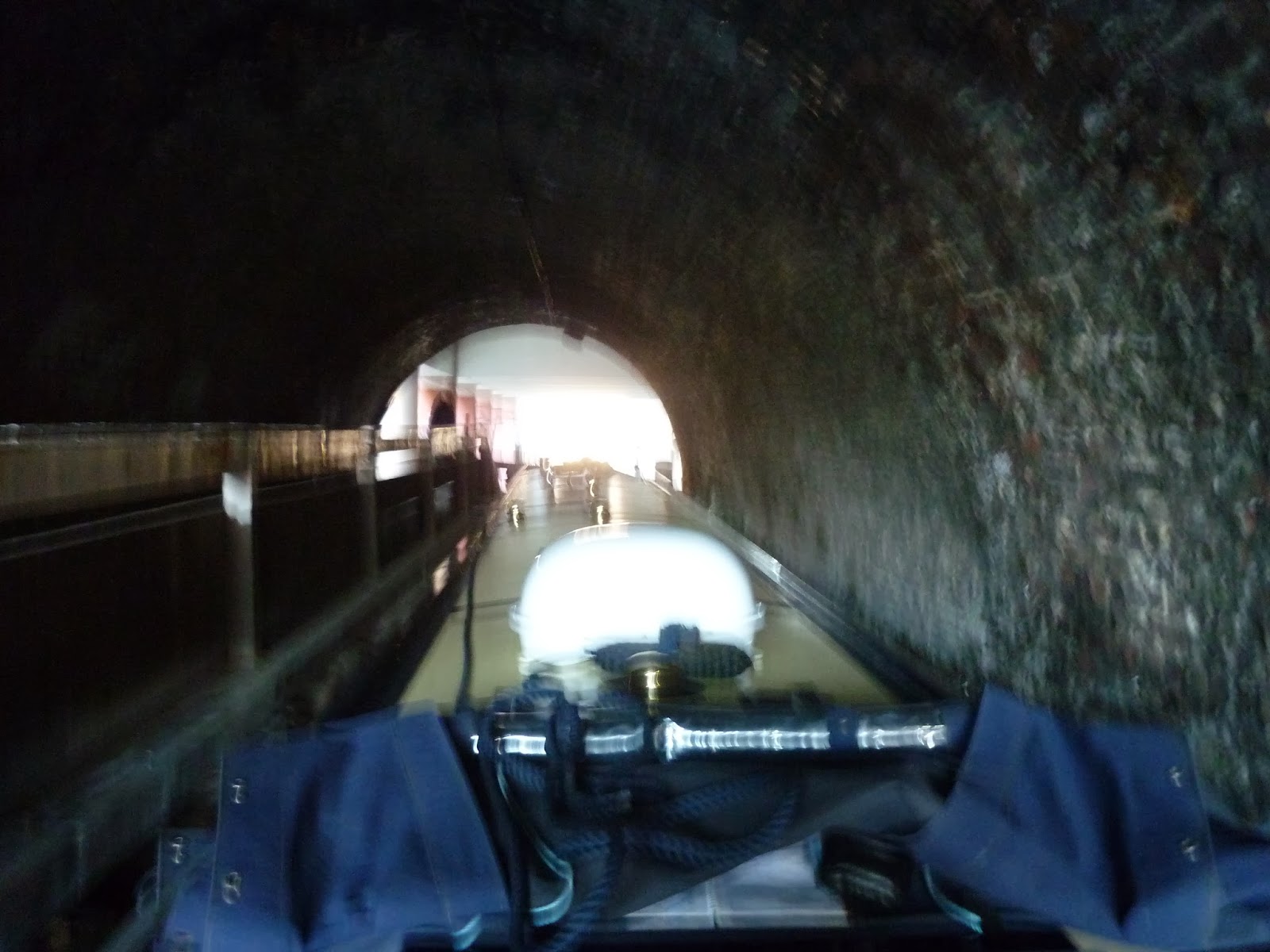 not a very good photo of this lock under a bridge 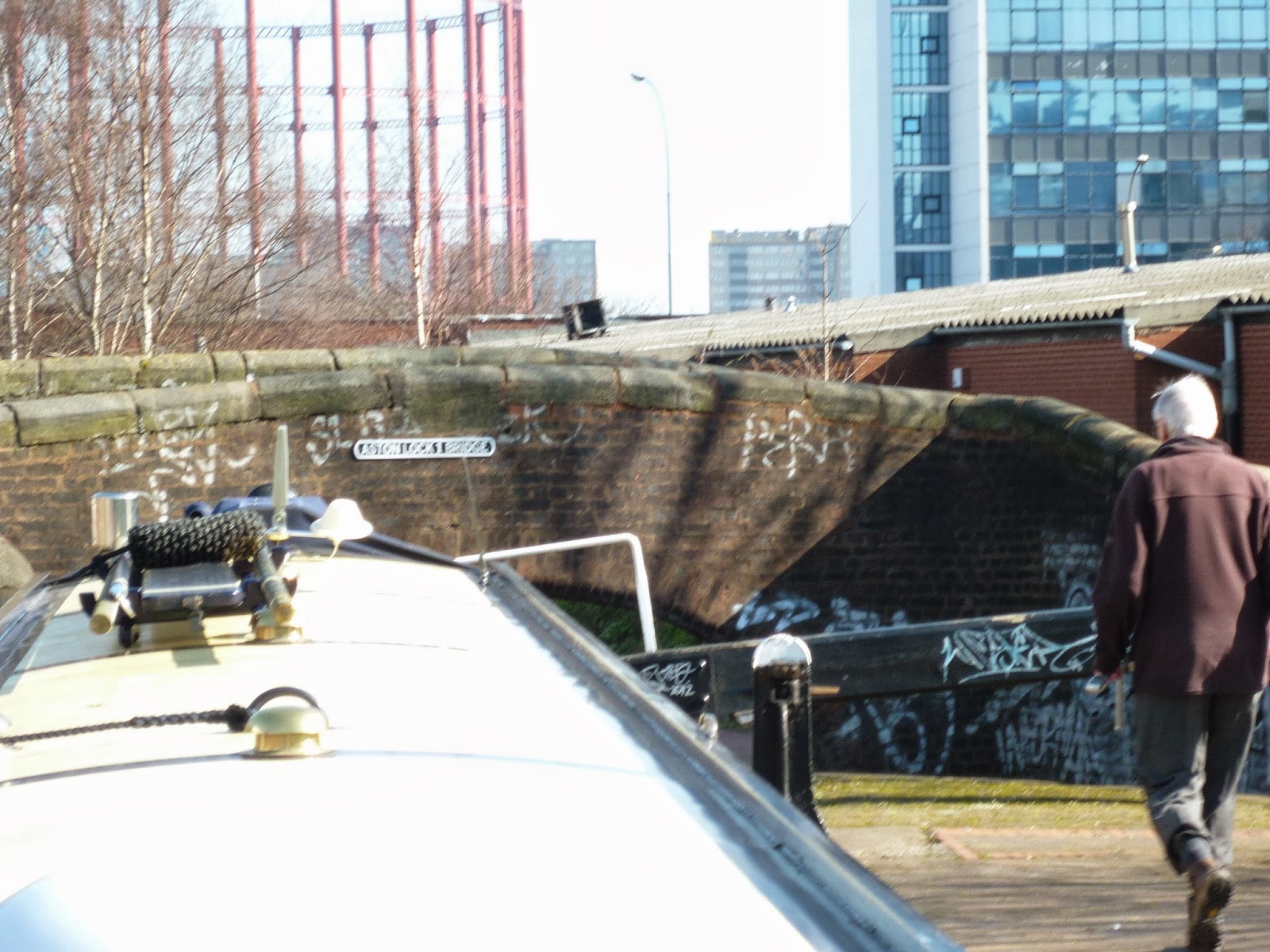 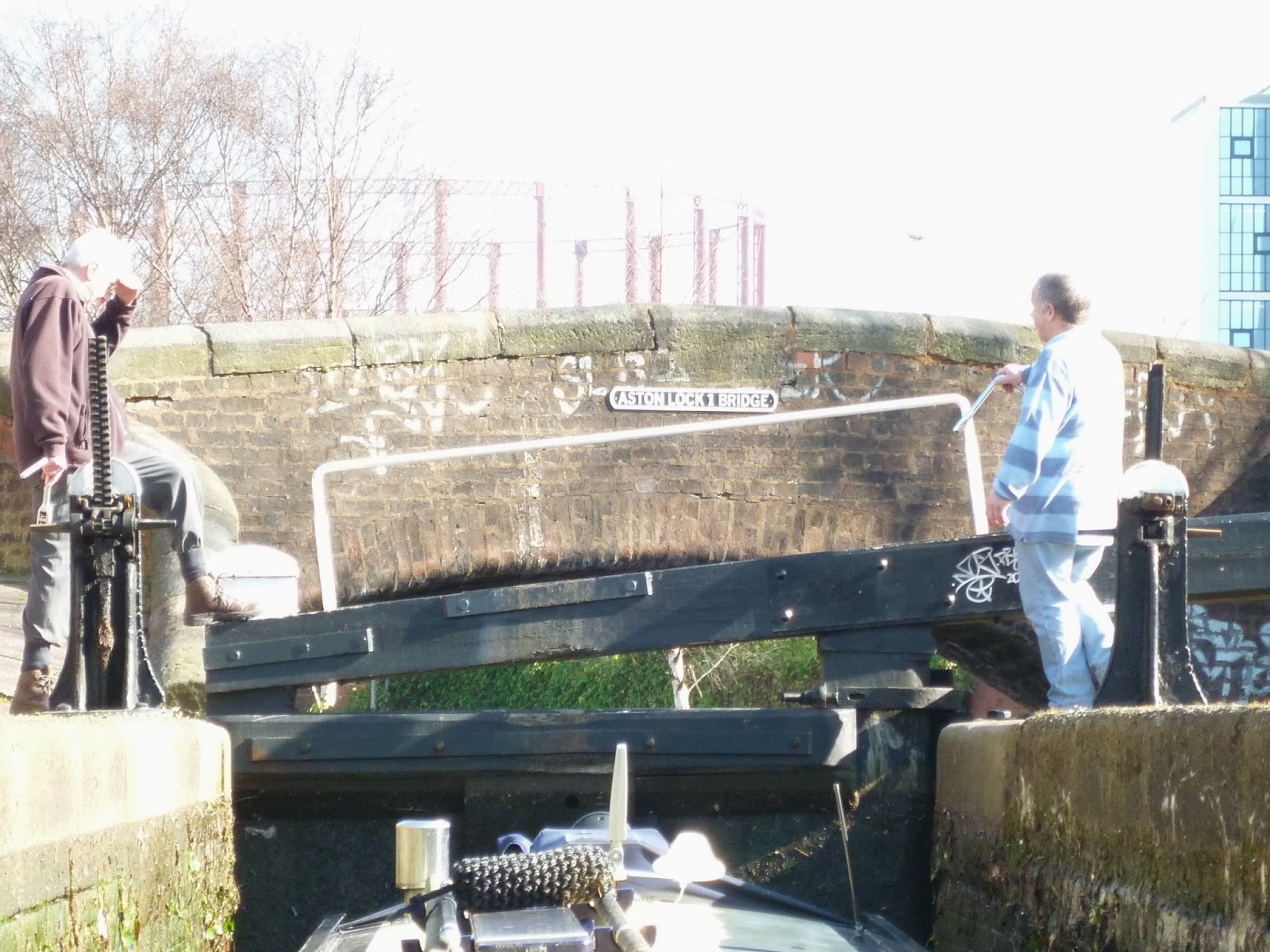 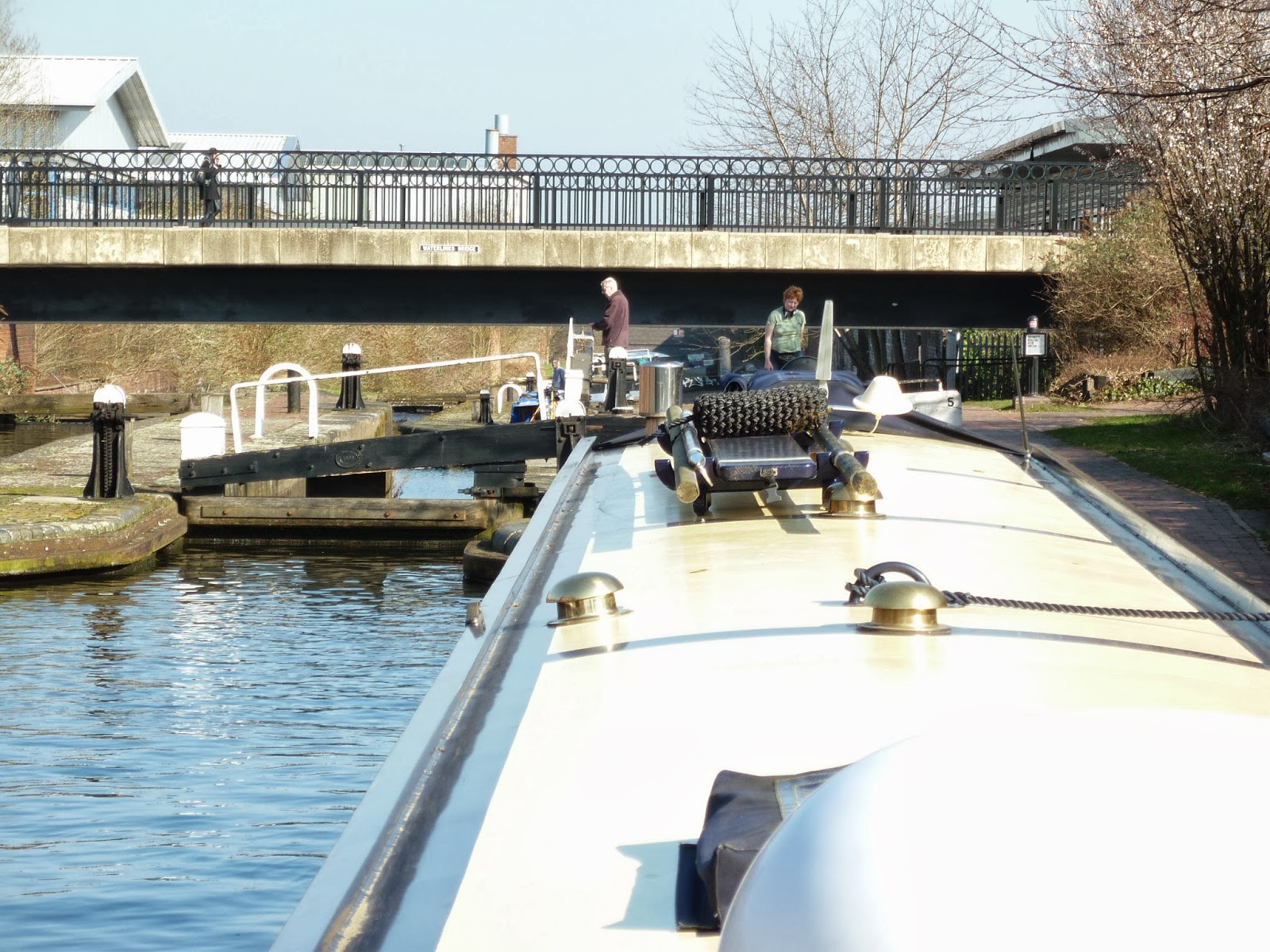 Finally a boat coming up at the second lock on the Aston flight so this was time for Jim to leave us, mind you he had to be back home to take his wife to lunch!! Jim is a regular helper to boaters  so if you are lucky enough to get his help I am sure you will be glad of him what a star!! 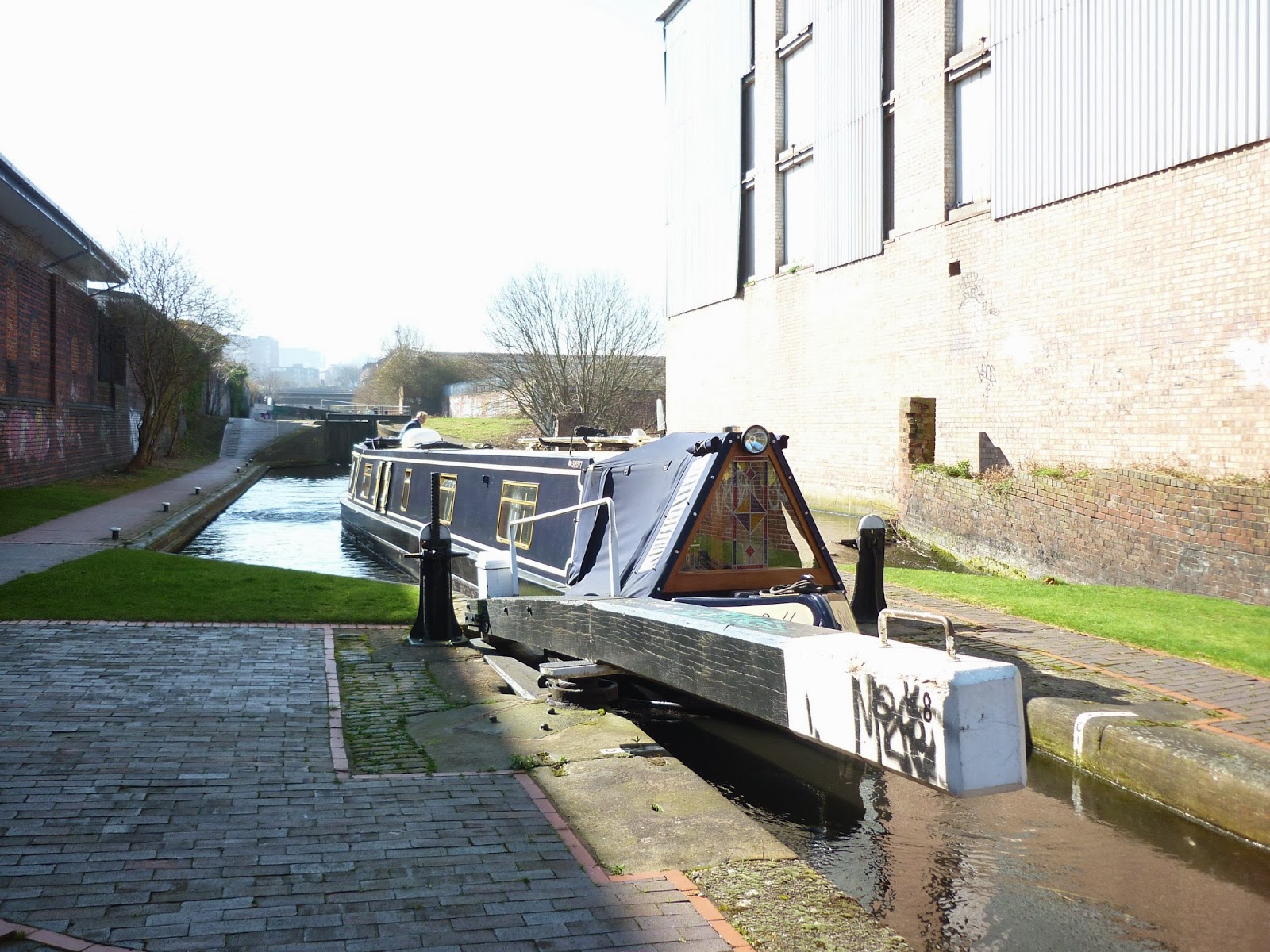 Here I am bringing Rock & Roll in one of the later locks on the Aston flight while poor Kev is getting the locks ready for me & with his gout starting to play up too!
We carried on getting through all the locks we were going to do but as we left the last lock at Caters Bridge Minworth we had a problem..... 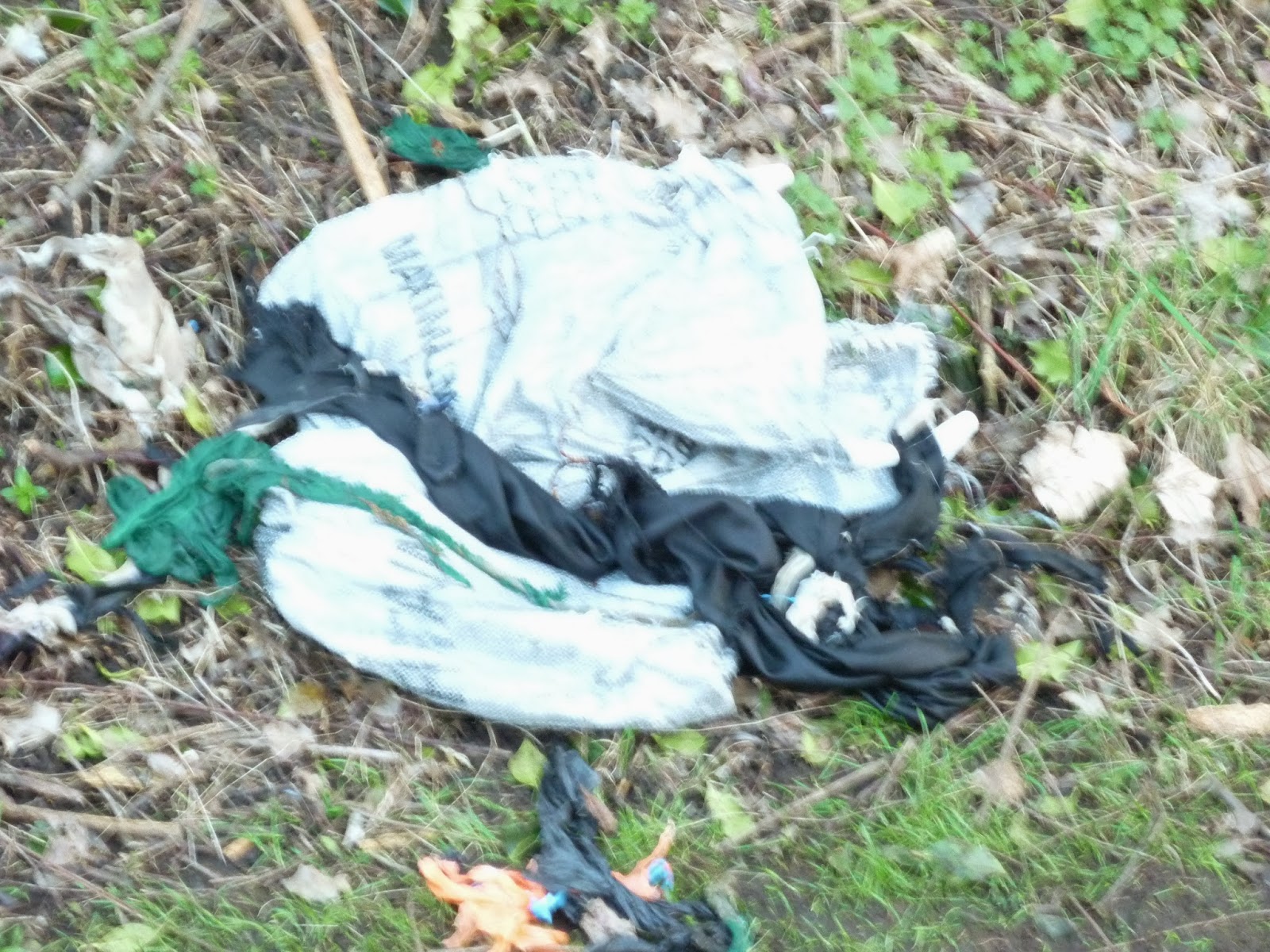 We had no propulsion and had to pull over to the towpath where Kev had to go down the weed hatch and Kev found electric wire, a t-shirt and other plastic bags which he cleared. We then were able to set off and then we finally got away from there and carried on then moored @ 4pm before  Wiggins Hill Bridge. Still in the sunshine what a glorious day it has been weatherise that is!
Posted by Unknown at 10:52