Friends for a visit and meeting up with a boating couple

Yesterday morning we left our mooring at Etruria and I reversed the boat out and then we were facing the first lock of the day heading for Stone. It was a lovely day and there were plenty of people making the most of the sunshine, a lot were in their gardens cutting the grass, people walking, jogging and fishing and a few boaters on the move too. It puts you in a really good mood when the sun is out and seems to make people more friendly for some reason. 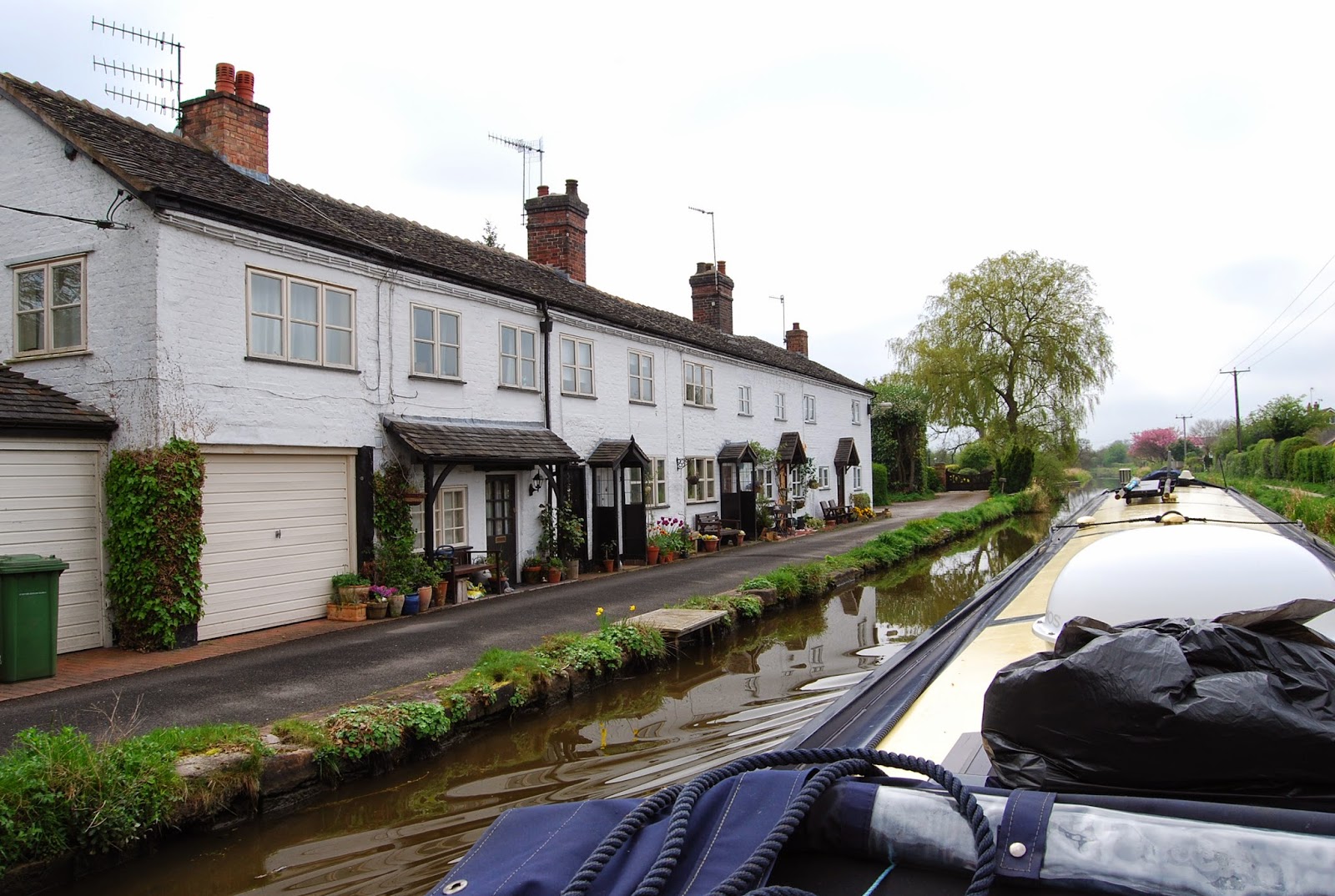 These are lovely cottages but what is beyond them is a property that we think is fantastic! 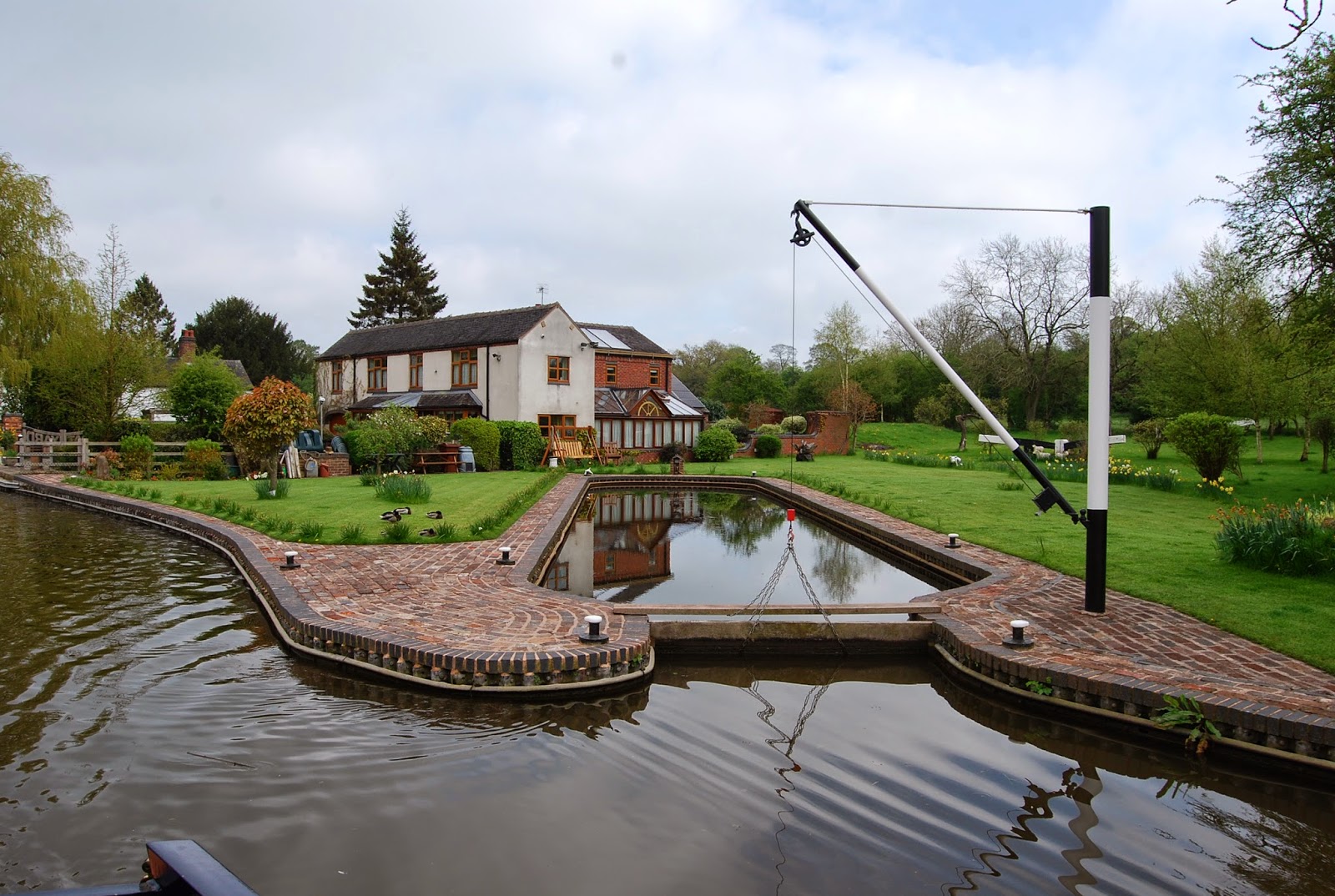 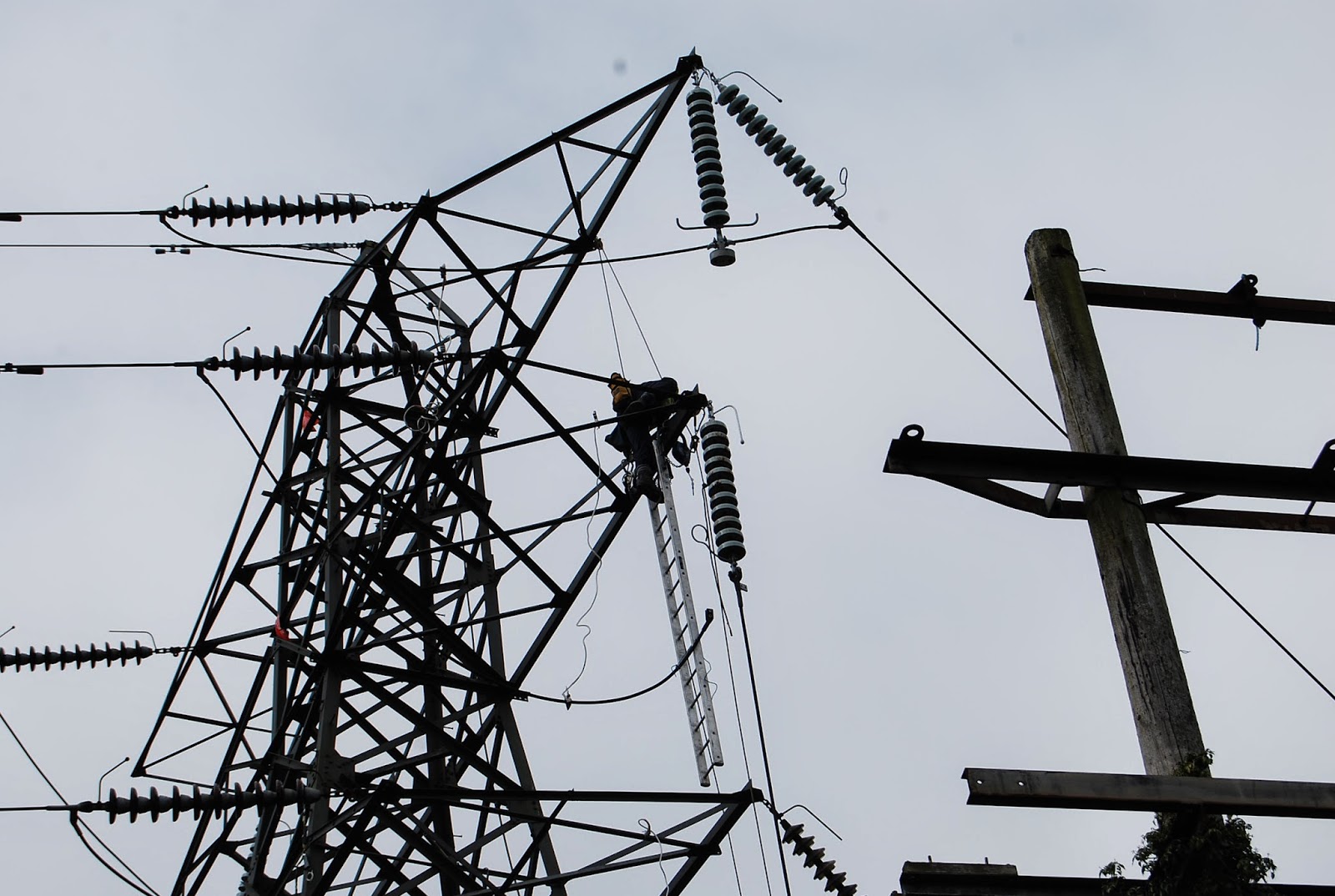 As we were moving along we heard a voice from someone shouting to another person and when we looked up we saw a man working on the pylon, rather him than me! 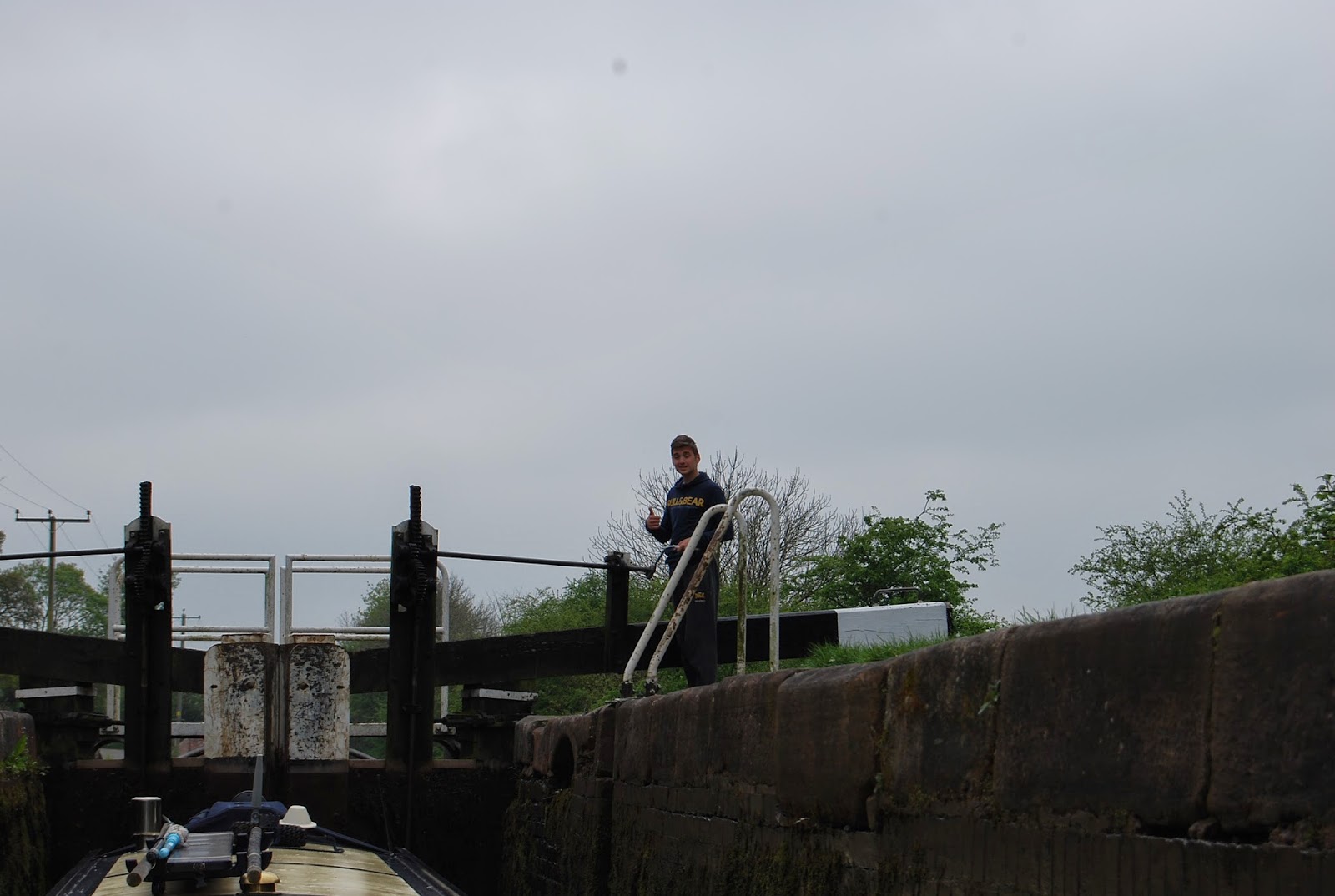 As we got through lock 29( Newcastle Road) we pulled over to empty the loo and top up with water, we was hoping to get moored after the next lock close to The Star Inn and as we were at the next lock where you drop down to the 48hour moorings another boat came up behind us the man came to help me open the gates and when I told him we were going to try to get moored here he said you will be lucky. Well we were lucky as we got moored close to the Star inn 48 hour moorings.

As I was writing this there was a couple outside the boat trying to get our attention, so Kev opened the side hatch and it was a couple who read the blog but knew us from 4EverMoore's blog too.
We chatted for a bit then Kev asked them in for a cuppa  and what a lovely couple they were.
They were moored further along the canal and their boat is called "The Rooster's Rest, they are Pam & Terry and we had a good natter, they were on their way to the shops and we were waiting for some visitors. Anyway we exchanged email addresses etc and they both left to get to the shops. 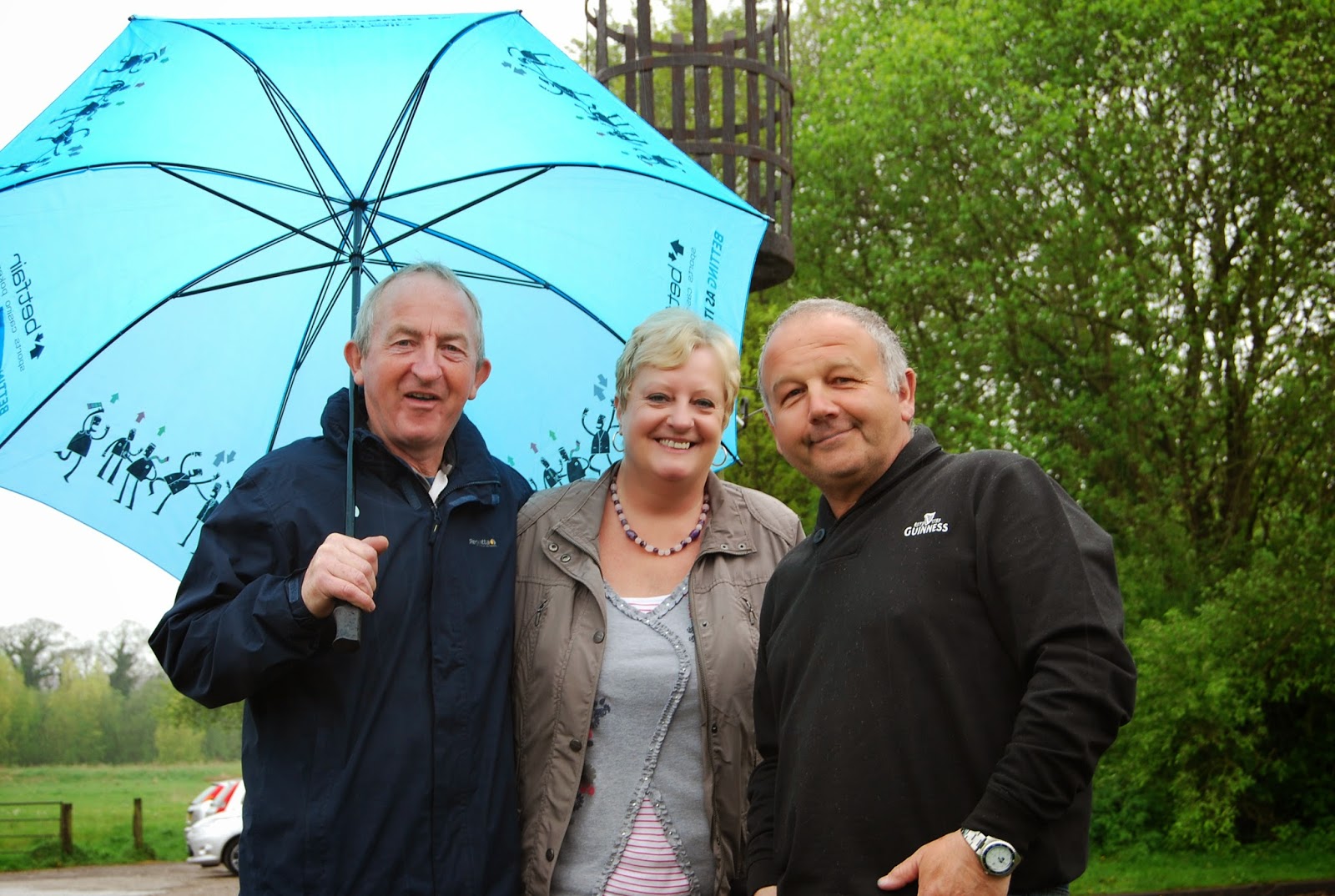 Kev with Pam & Terry
It has poured with rain all day and our visitors arrived about 2pm, what a dreadful day to come for a boat trip! 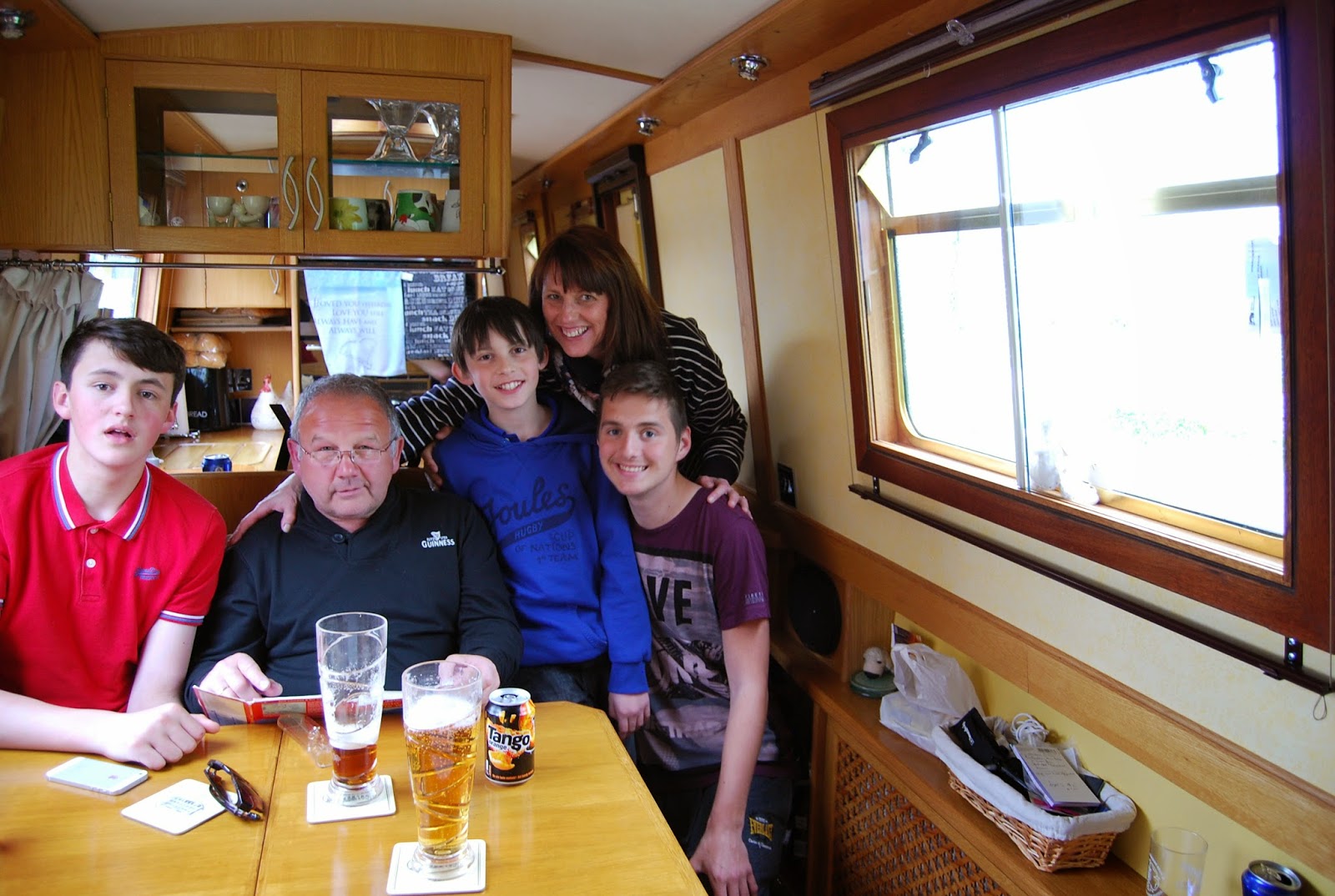 We had a text from Pam & Terry saying they ended up in Weatherspoons for a pint, we would have been with them if we hadn't had guests! But it was nice to have Sue & the boys to visit.

Last night we had a take away from the pizza place next to the Swan pub as it rained non stop! This morning it was quite fine but a bit breezy, so we got everybody up and once everybody was ready we left and there was a hire boat just leaving The Star Lock so we went straight in.
As we were going along we passed NB The Rooster's Rest, so another photo was taken as camera was at the ready! 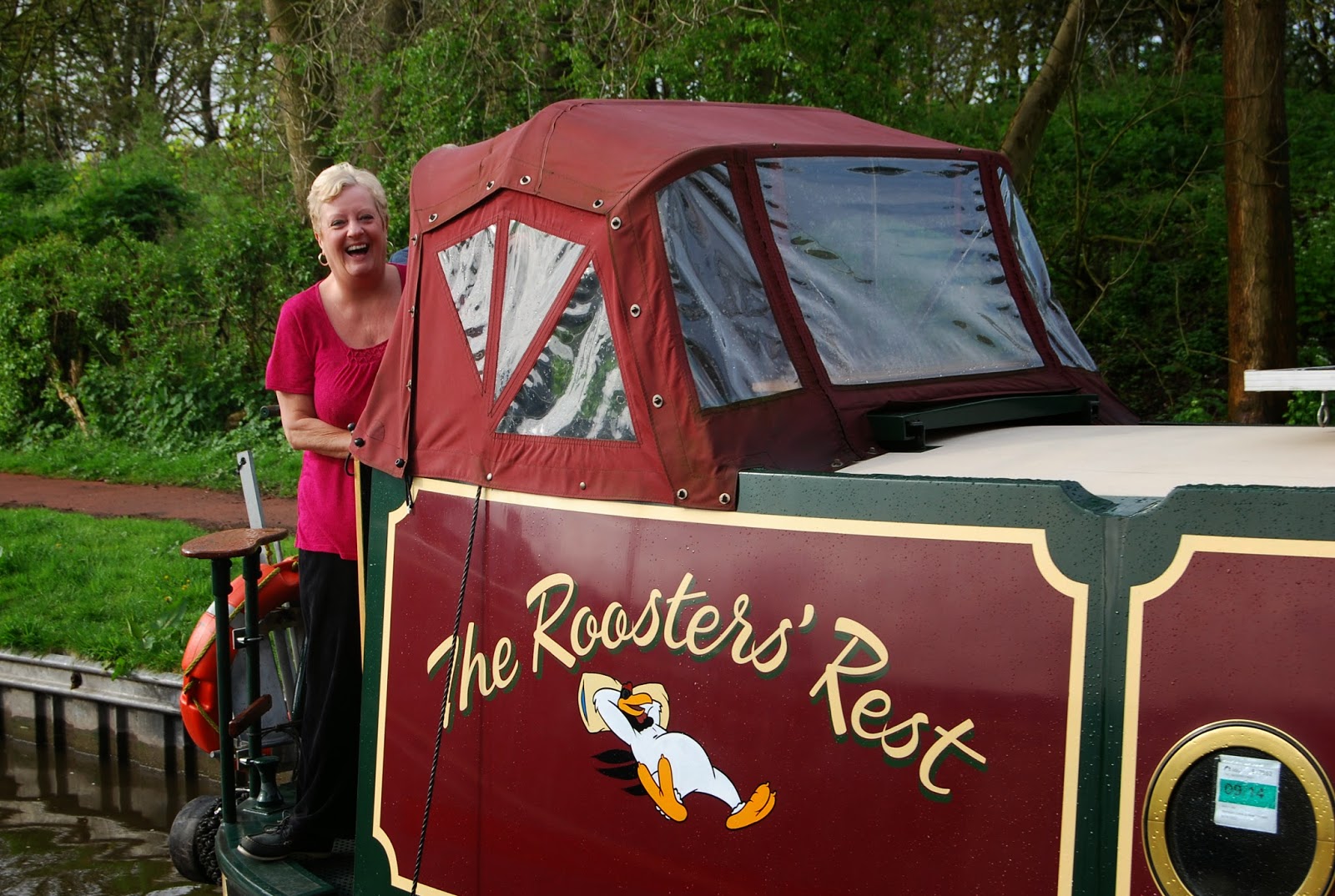 Pam what a lovely smile!! 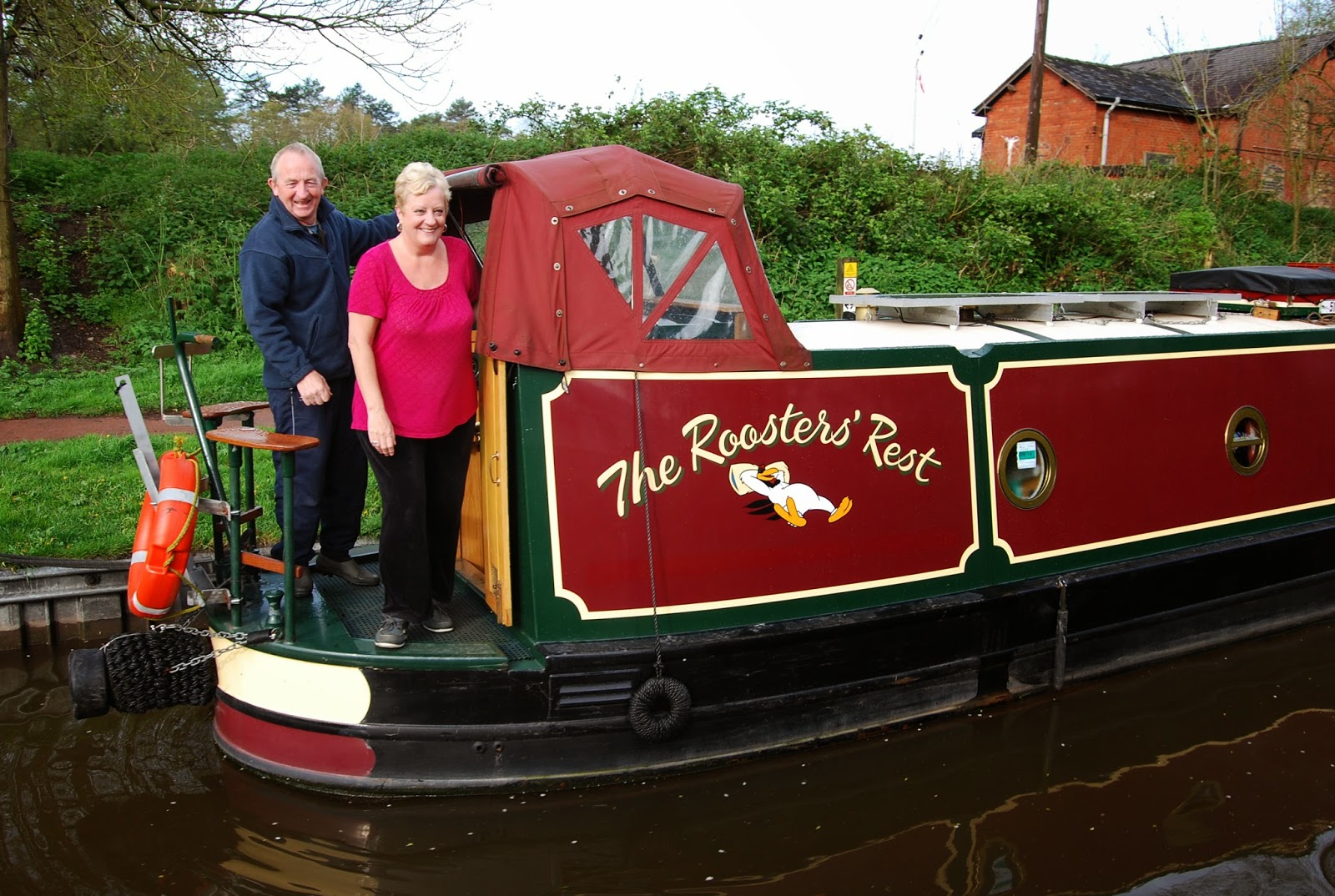 Bye for now Pam & Terry hope to see you again. 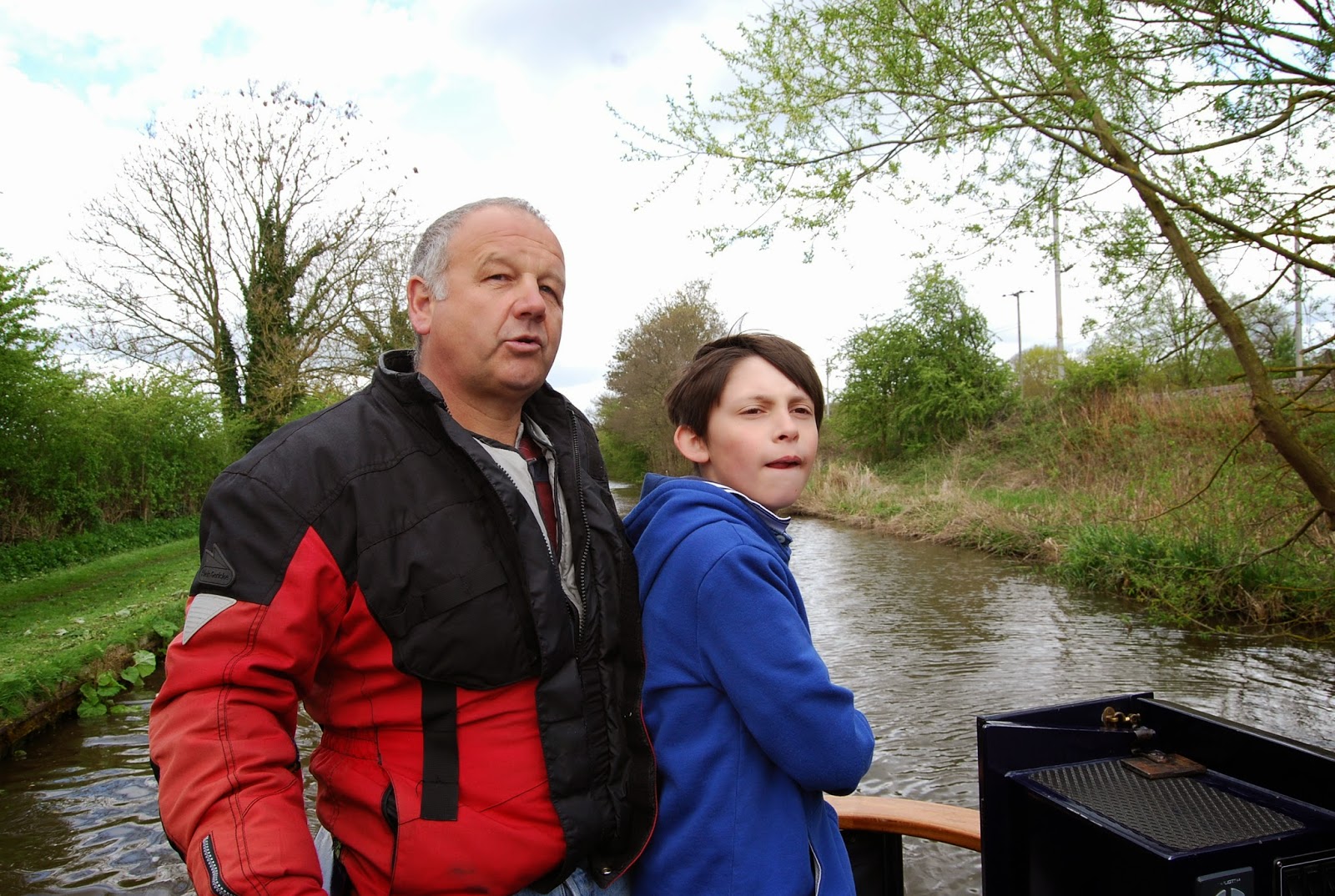 Tom helping Kev at the tiller!!

We got to Gt Haywood Marina @ 1.30pm and moored outside the office to find out which mooring we were going to be on and we are now moored on the floating pontoons where we were before only not exactly on the same one. This was the first time I had brought a boat into a marina and it was windy too so I was quite proud of myself and also after being moored outside the office I managed to get it straight into the berth. Kev took Sue & the boys back to Stone for their car so they will head off home from there and we will go for an indian meal later on to the Shimla Palace near the
Wolseley Arms.