Yesterday we left Alrewas later than we would normally as Kev had to go to the post office, but it gave the lads time to get up, have breakfast & get ready! It was a cool morning and quite cloudy but every now and then the sun came out. We made our way to Fradley and turned left onto the Coventry Canal, there was a steady flow of boats as usual at Fradley but not busy and we had no queuing. Kev did the locks with Sam & Chris and I took the boat in the locks, once we were heading down the Coventry Canal there wasn't many boats passing us, we passed Streethay Wharf and decided to stop for a bite to eat for lunch so we moored just before Orchard Marina, also Buster was ready to stretch his legs etc, poor Buster he is now completely deaf so we keep him on a long lead as if we need him to come to us he is totally oblivious! (a bit like Kev!! lol) once we had all eaten we carried on and stopped briefly at Peels Wharf services before Fazley junction to empty cassette and Kev went into the office there and bought another BW key as we only have one which George & Carol kindly gave us. We were going to turn right onto the Birmingham & Fazeley canal as we had decided to let the lads have a day at Drayton Manor Theme Park and as I was turning right at the junction suddenly there was a bang and the engine cut out as something hit the prop and I had no steerage and had no time to start the engine in time and we hit the side of the canal BANG!! Not very happy! Kev took over and I went down into the boat to check if anything was broken but luckily nothing had moved and all my glasses,ornaments etc were still in place and in one piece too! Anyway we carried on and moored just after Drayton Swing bridge and then the lads went across the footbridge to check on the opening times for the theme park which is 10.30am. 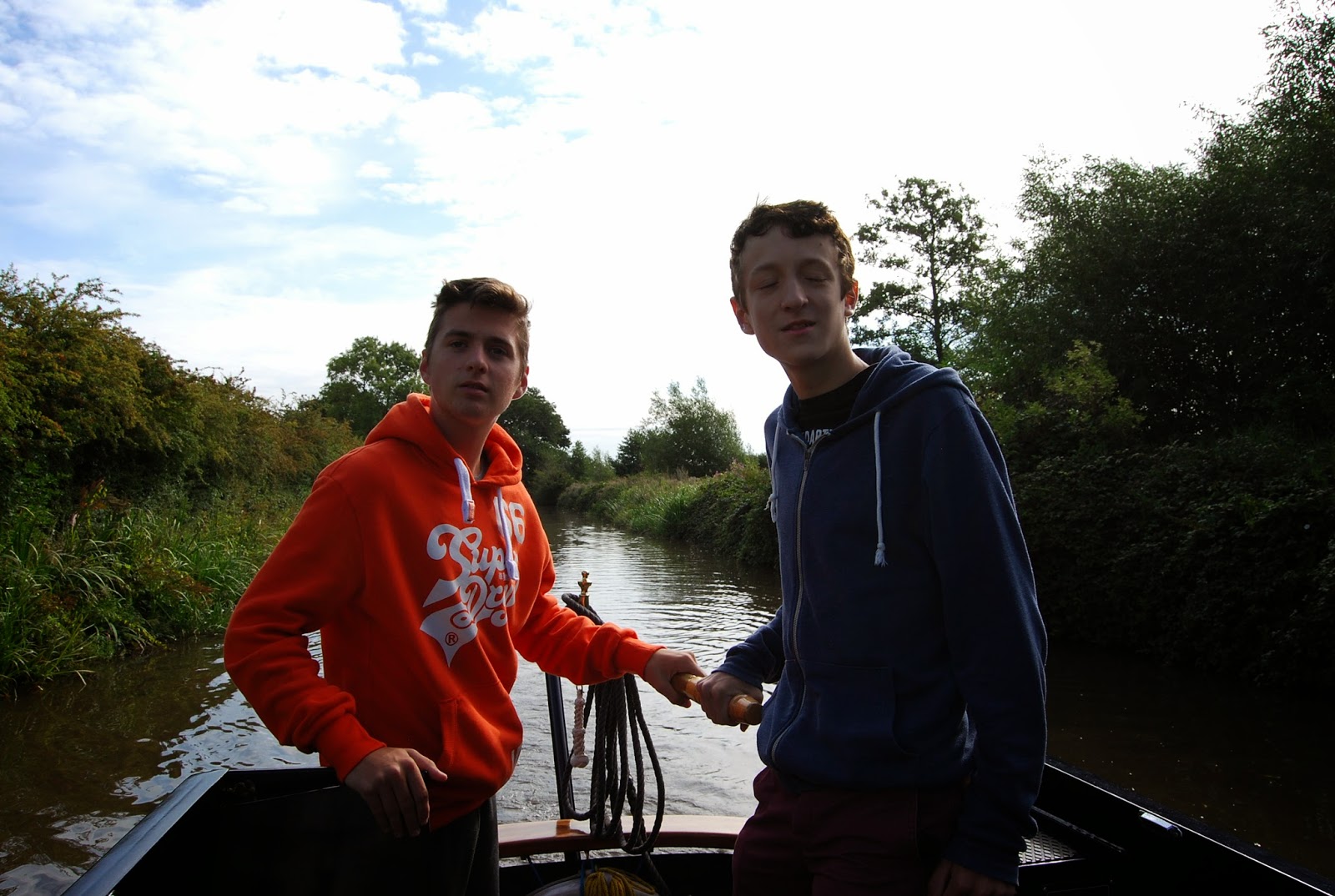 It had rained a bit last night but this morning after a light shower first thing although it was fairly cloudy it was a bit warmer than yesterday and the wind had died down as it was quite breezy yesterday at times. Kev got the boat washed towpath side & then once the lads were ready Kev walked with them to the theme park and got them paid for then he came back to the boat and we left the mooring to head to the winding hole to turn round and come back to moor in the same place so Kev could wash the other side of the boat, the winding hole was just before Curdworth bottom lock about 2 miles away, the winding hole wasn't very big but we managed ok there is a lot of growth along the canal which makes it quite narrow in places. 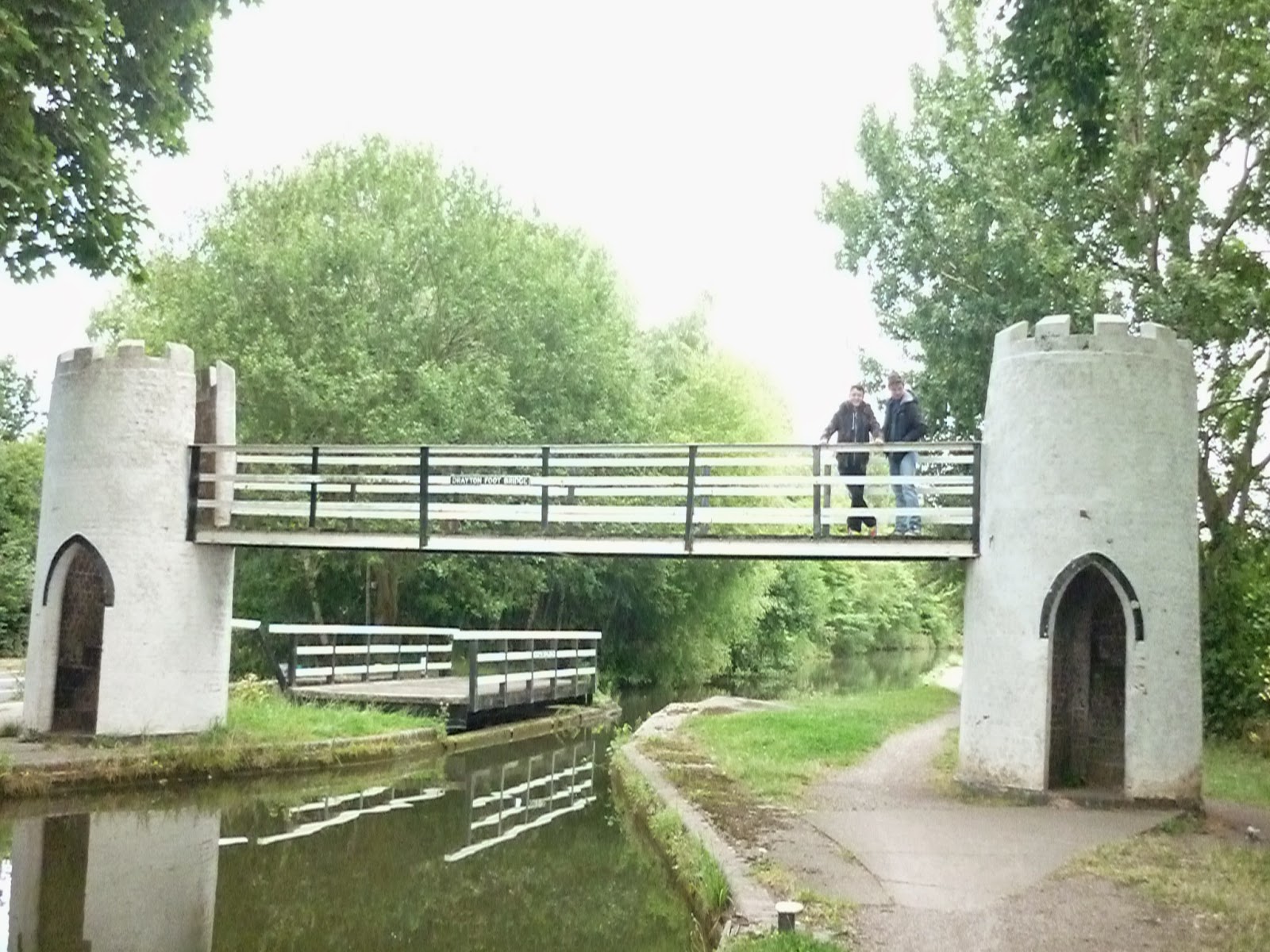 Sam & Chris off across the bridge 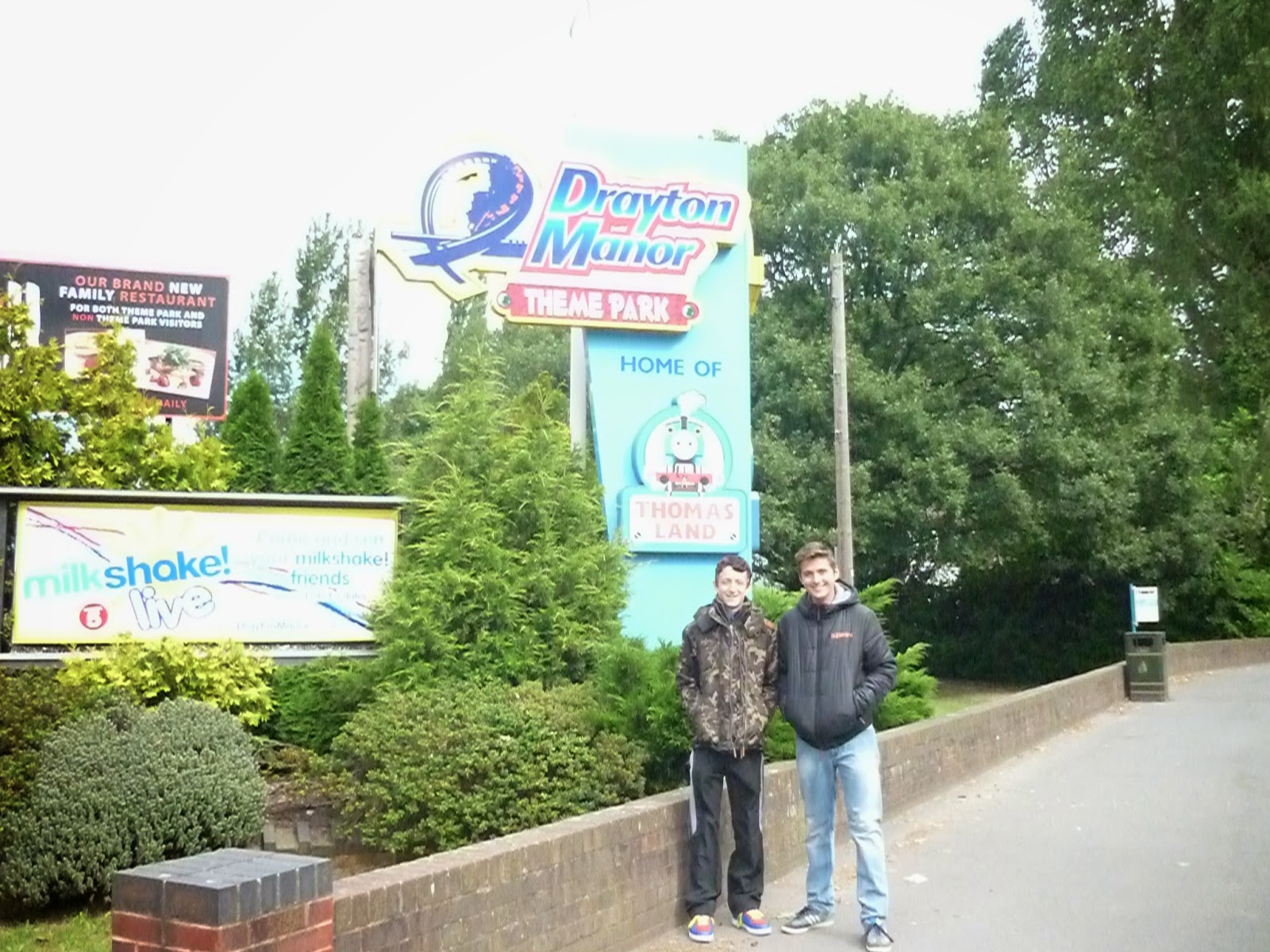 All ready to go in! 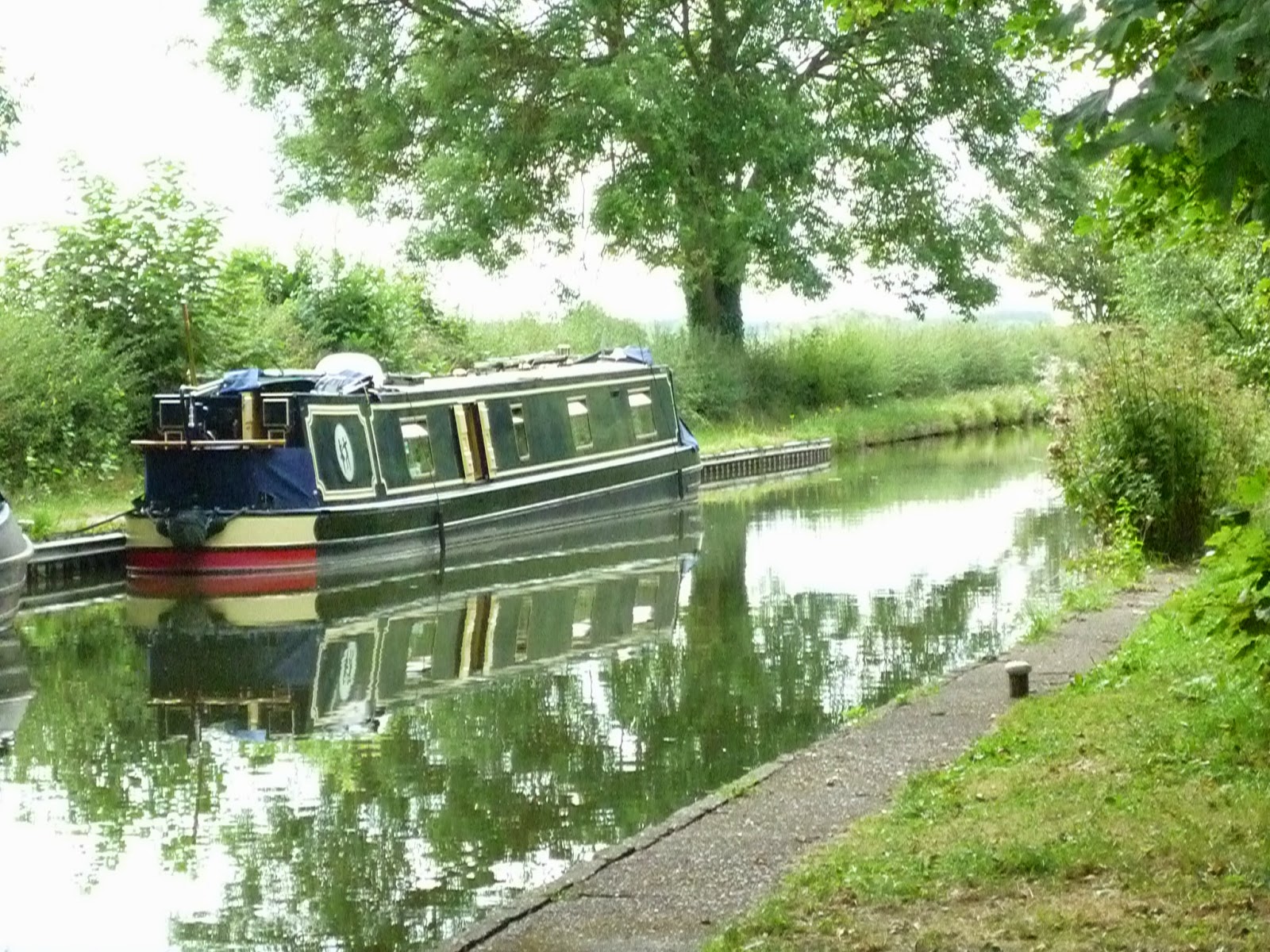 Our mooring.
We will hopefully move later on when the lads get back and head to Fazeley junction and turn right onto the Coventry Canal in the direction of Alvecote.
Posted by Unknown at 05:17