We were shattered yesterday after we had our tea & showers we just slumped down on the settee & never made it to the pub! (very odd for us lol) But we had a good nights sleep and were looking forward to no locks whatsoever today. We set off from our mooring at 8.20am and I must say it was quite cool and it was raining & miserable but were weren't miserable!! As we were leaving we had 2 passengers on the roof. 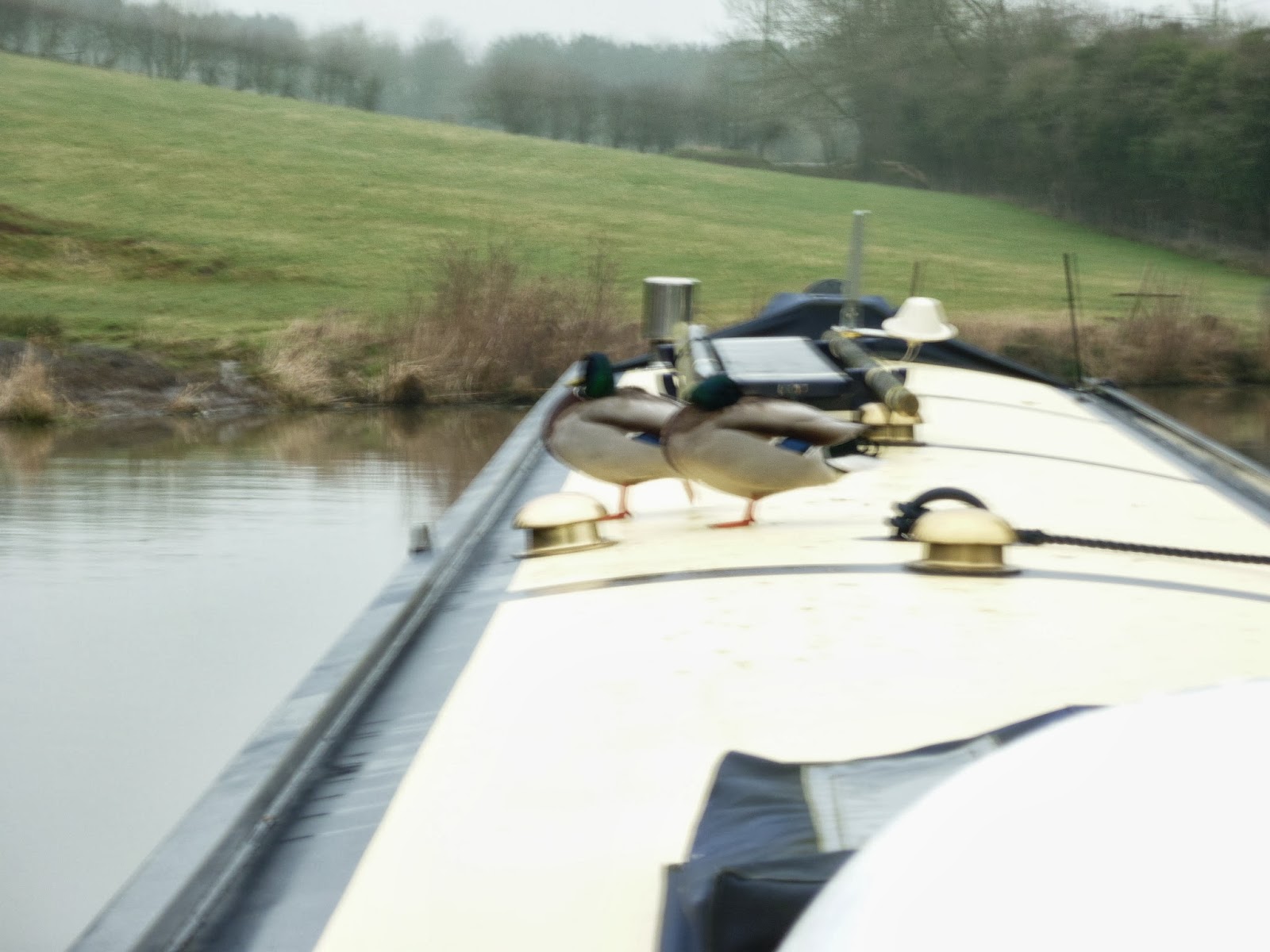 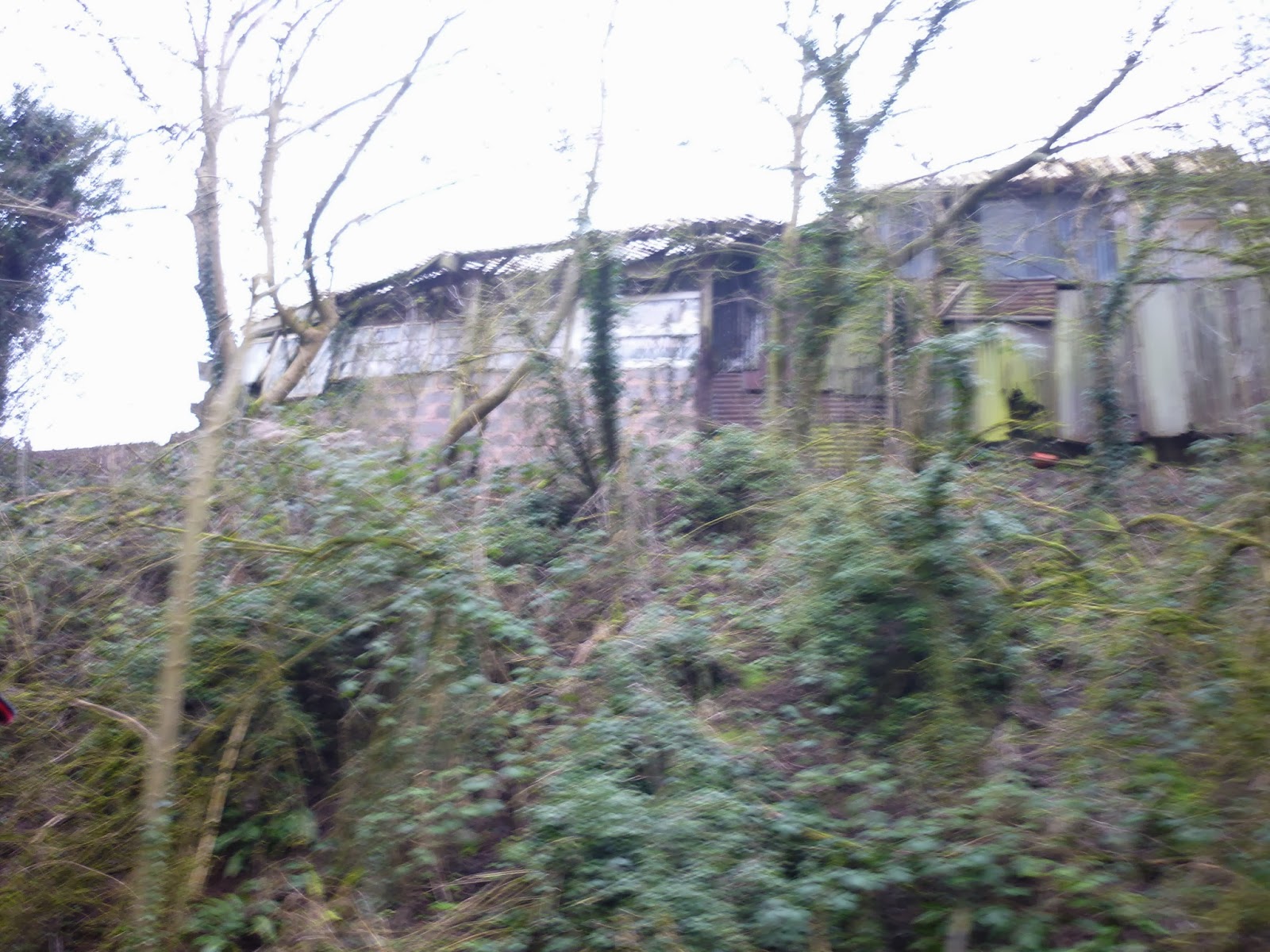 We had the canal to ourselves for a while until we were close to Hopwood where a boat passed us and we smiled & said good morning to the man at the tiller and he never cracked his face or acknowledge we were even there (what a miserable *** unlike us) Thank goodness most boaters are friendly & happy in their lives eh. We had a few more boats pass us & quite happy to say good morning, anyway as we got to bridge 80 we moored up so we could pop to the Sainsbury's which was only a short walk to top up with provisions.
Once we returned & Buster had a brief walk we had a bite to eat and carried on to Birmingham Gas street Basin 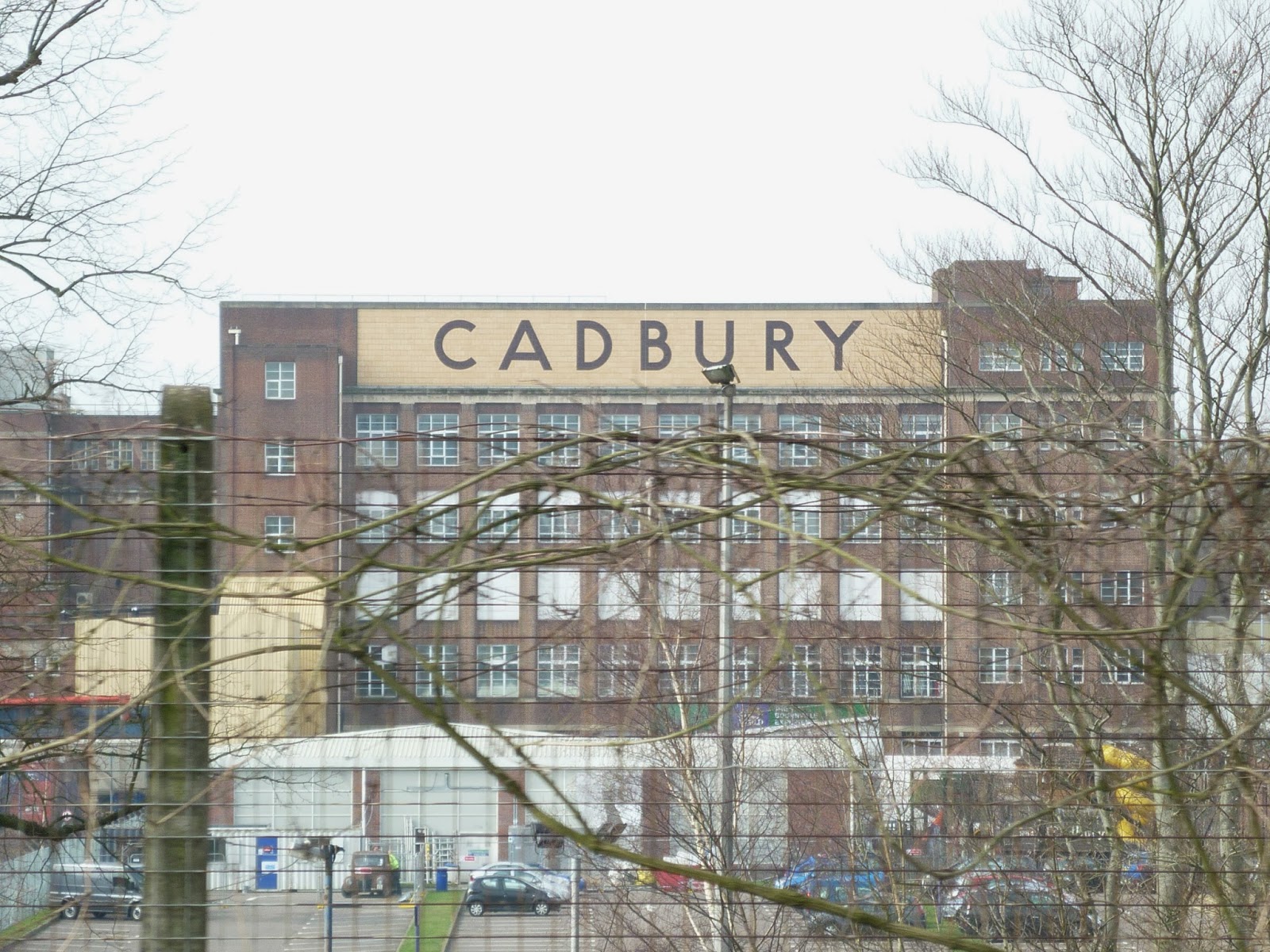 Cadbury's could be my favourite place! Well I am a chocoholic (no stopping though) 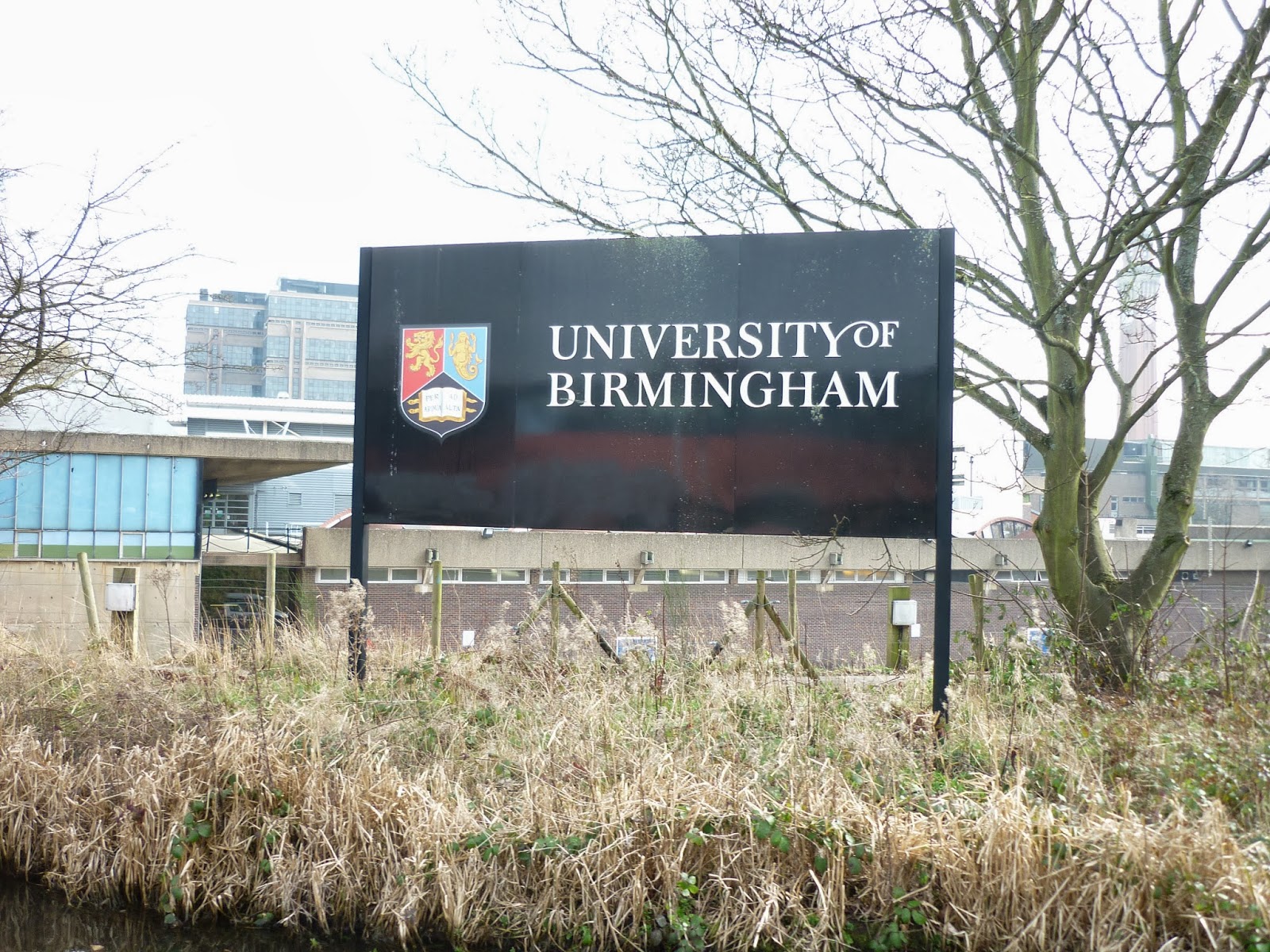 It seemed to take a long time to pass the university as it is vast! 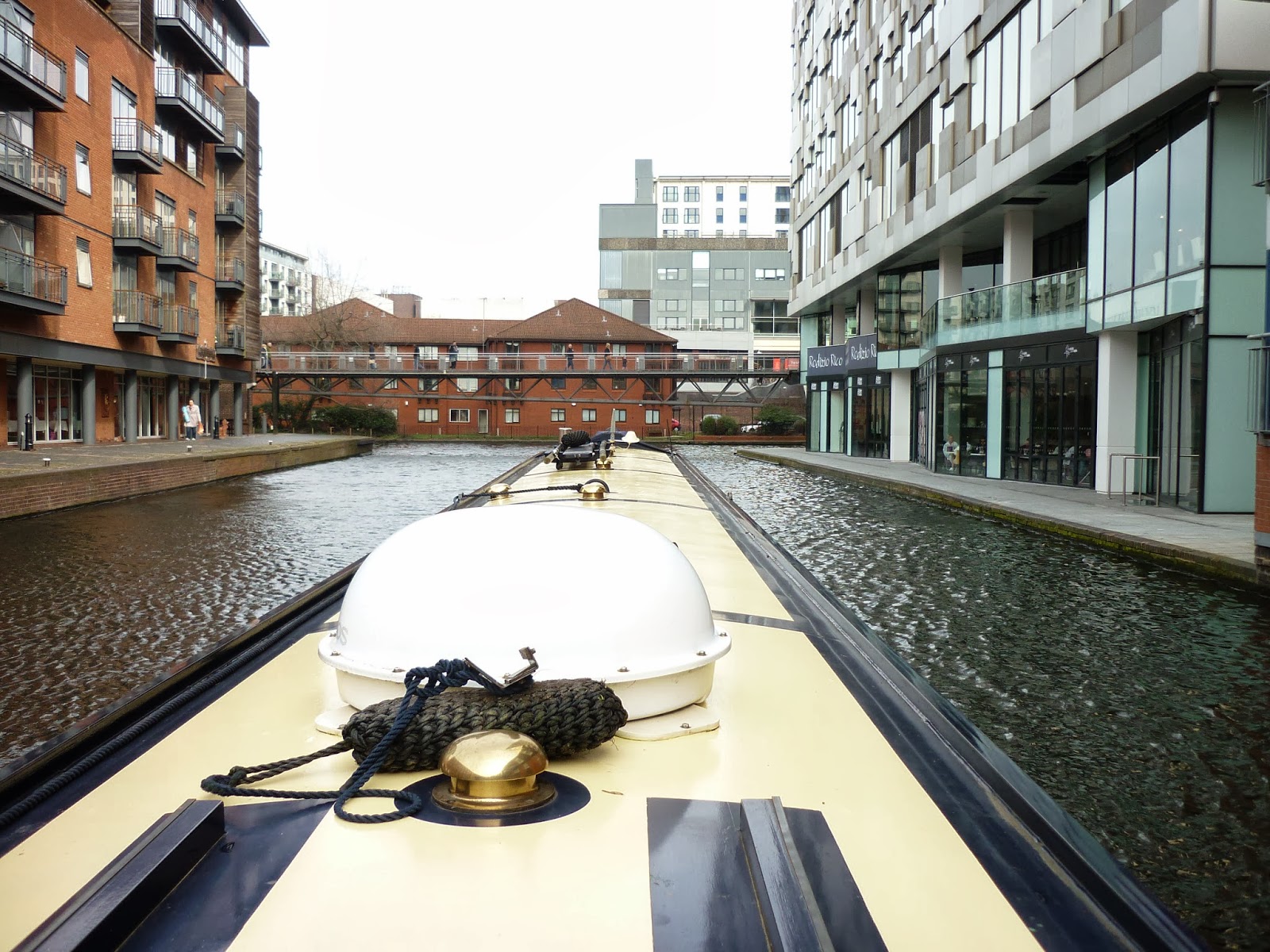 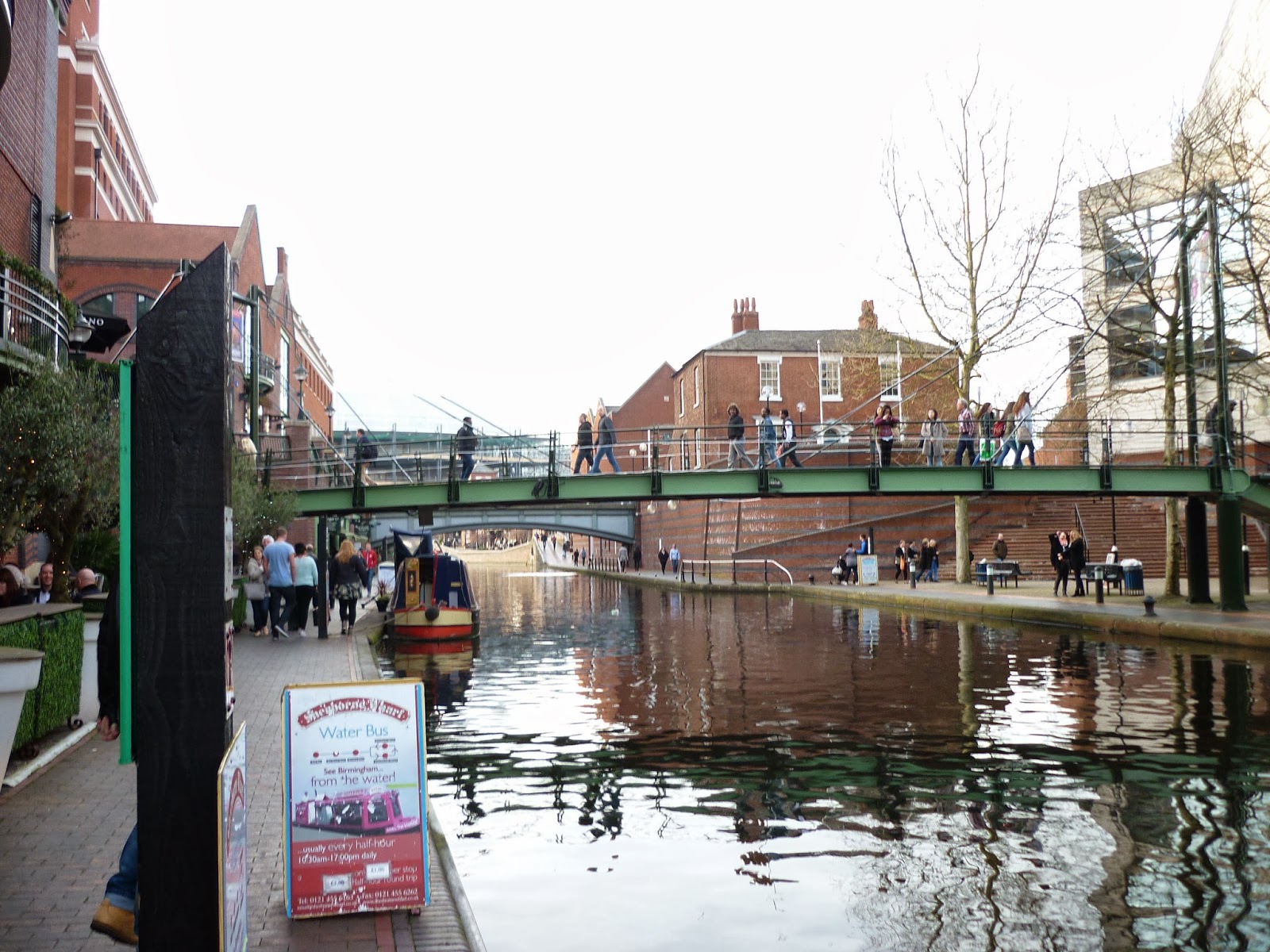 plenty of people about 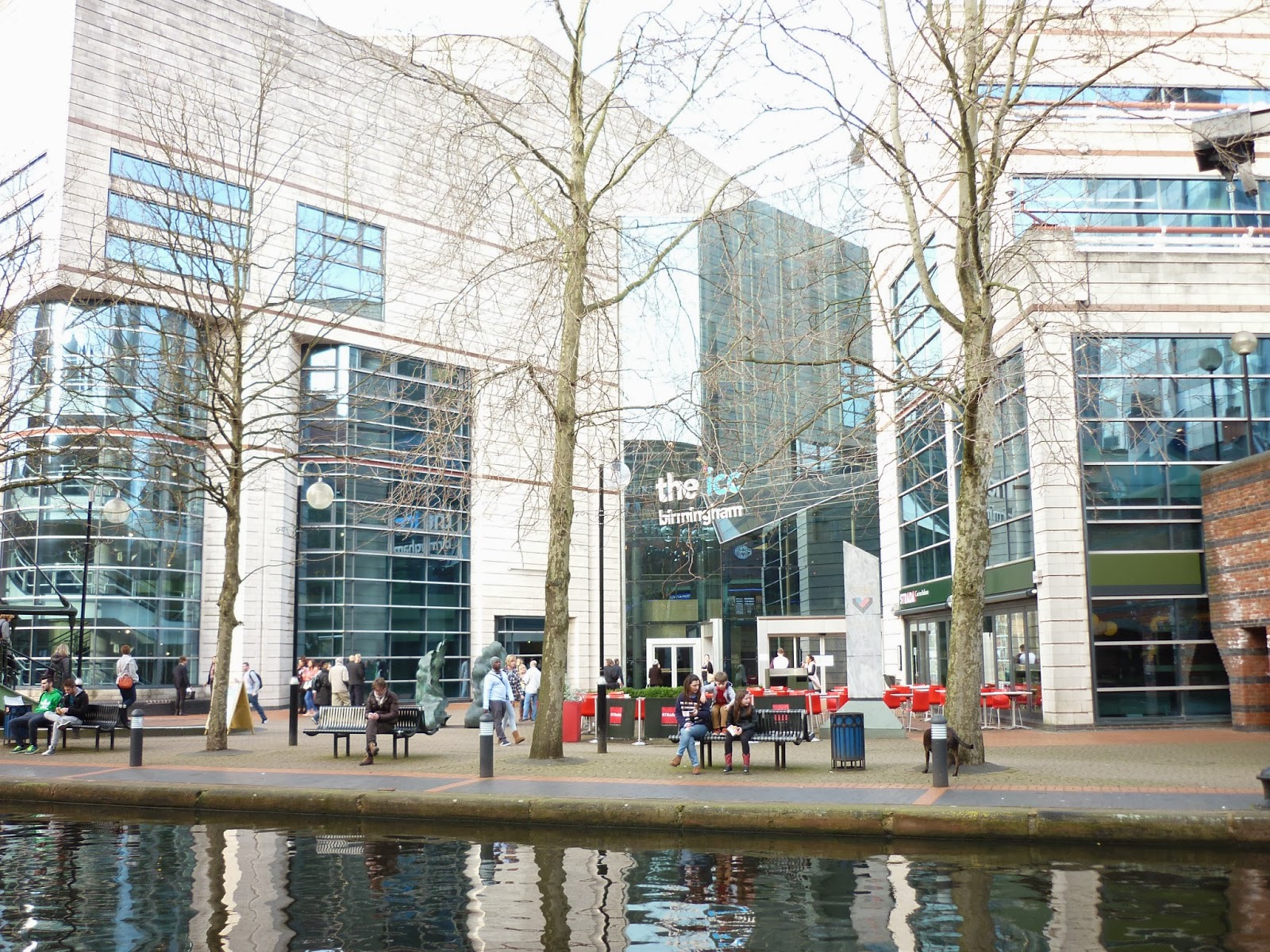 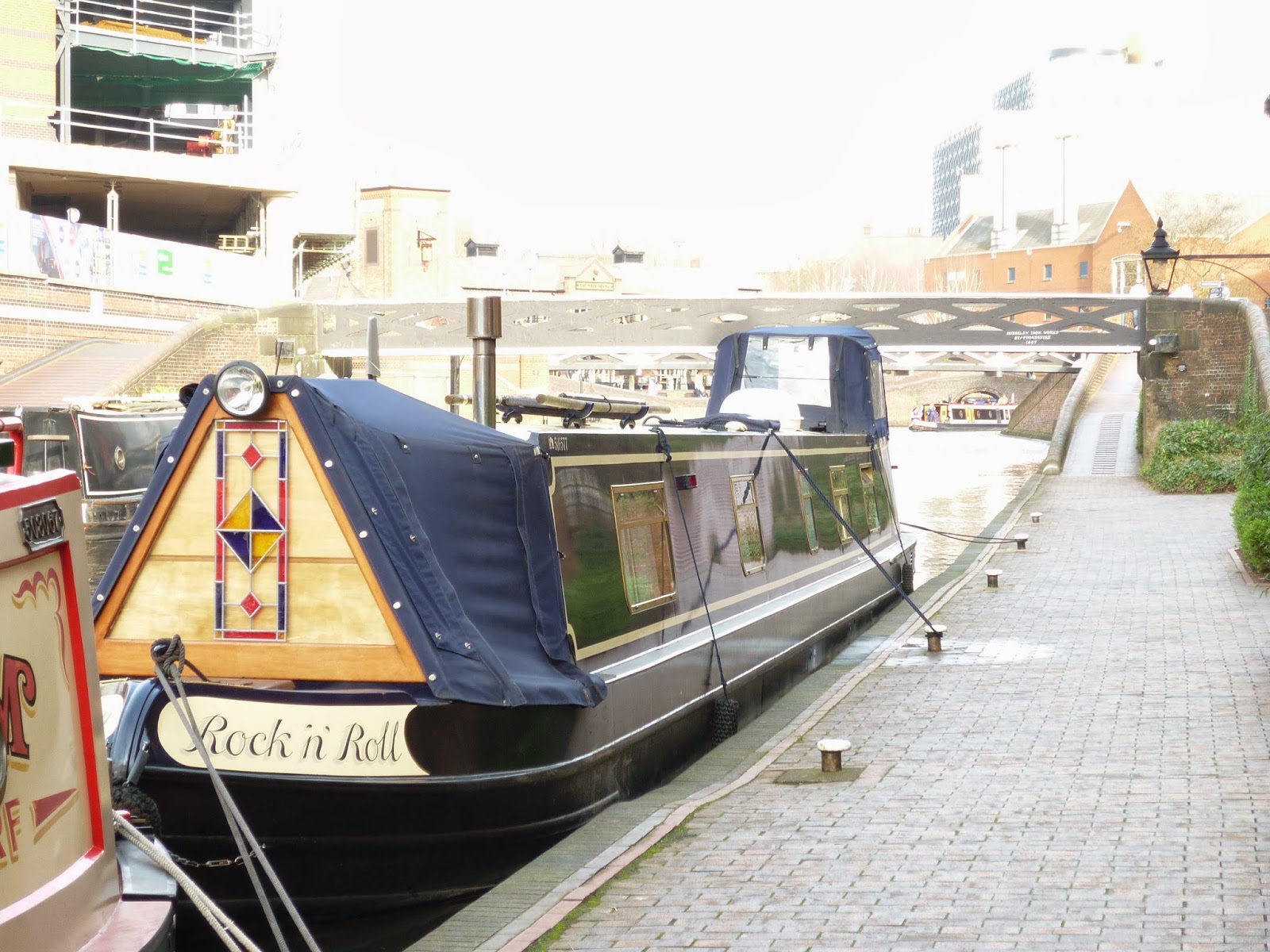 We were moored up about 2.30pm, we went for a walk around and went into a pub called The Malt House and won't go there ever again! We went to the bar and there was one person serving a customer to our left and another serving a customer to our right,then the barman finished serving the customer at the left of us and said to us there was a queue system on our right and Kev said we were already there and there was no queue or even a sign to say to queue anywhere & he wouldn't serve us unless we went and queued behind some people that had turned up after us! We walked out and we have never encountered such rudeness in a pub before we will never go there again they also lost the food sale as we were going to eat there too!! We went to a couple of other pubs then went to a place called Red Peppers where we had lovely food, and after woods went back to the boat but will be going out later tonight for a few beers, there is a really nice atmosphere here.
Posted by Unknown at 10:45