Friday 7th March
Last night we got ourselves ready and went over to The Queens Head pub which was just over the bridge where we were moored, I have to say George & Carol were not wrong when they said it was a good pub. It was lovely and we decided to eat there, there was an offer on for a Thursday which was happy hour from 5pm to 7pm plus 25% off and as were in the pub around 5.30pm that was us sorted! Kev ordered a burger and I ordered a beef & mushroom pie and there was a salad bar which we were told to help ourselves to and we did!!I have to say the food was lovely and that was the best  beef & mushroom pie I have ever had! We had a couple of beers but were too full for pudding so only had an Irish coffee each, we left there not long after wards as we were shattered.
After a good nights sleep we were up and about this morning early (as usual) We wanted to go for a walk up the Tardebigge locks to see the workmen and find out if we would be able to get up the locks today if they were finished working.
We got up to the reservoir close to bridge 54 and spoke to some workmen in a lock on a workboat and they told us they would be finished by 4m and that we could start to make our way up the locks.Thank goodness for that so we walked back to the boat and had a cuppa then prepared to leave the mooring @ 11am. 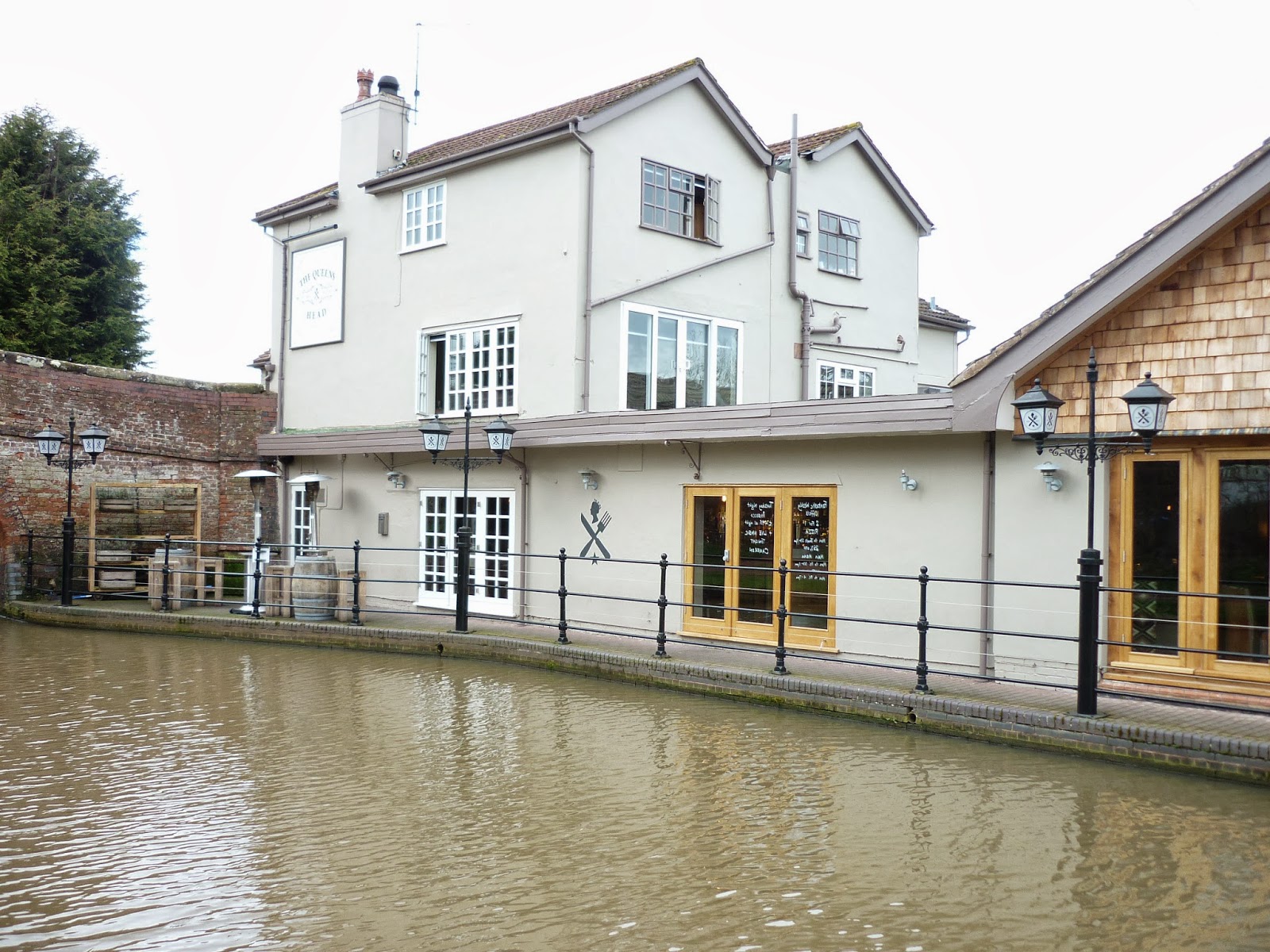 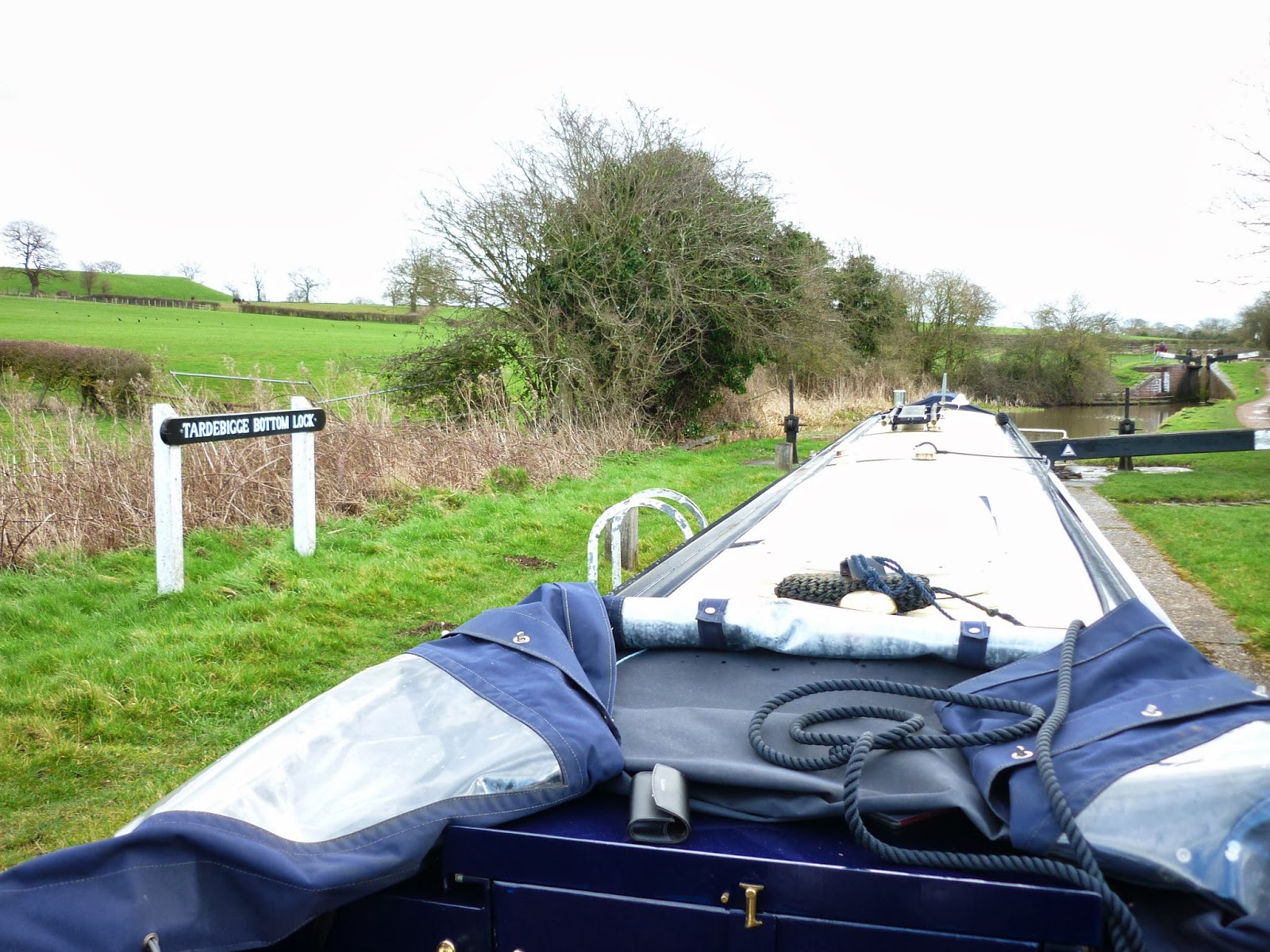 We worked through the flight of locks stopping briefly in lock 49 for a cuppa and Kev went to check if we were able to carry on to the end! The workmen said that all the locks were now open so we carried on and finally moored passed bridge 61 near to the Crown Inn Alvechurch 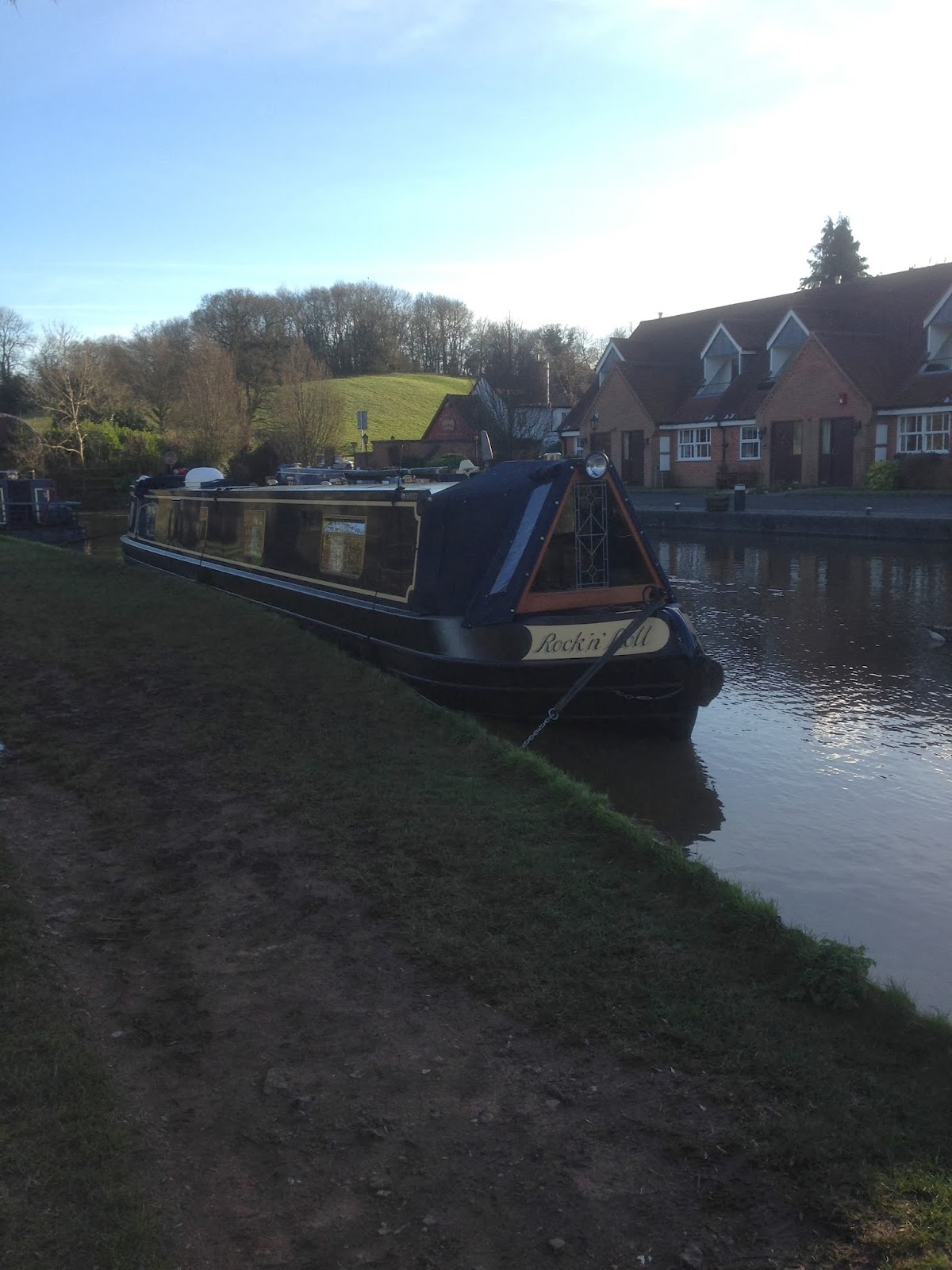 Our mooring opposite some new looking homes, the Crown Inn is to the left of the houses and we will be having a walk there later!
Posted by Unknown at 09:59