Sunshine and moored at Kinver

Monday 29th June
It was back to shorts & T-Shirts again this morning as the forecast was for a warm day, we headed to the top lock at the Bratch and while Kev stayed with the boat I went to find the lockie, who was down at the bottom lock as there was a boat in it coming up. The lockie was telling me that last Tuesday he had fell into the middle lock while it was filling and had a boat in it. He had been talking to somebody who was on the bridge above the lock chamber and lost his footing and went into the lock! So great care is always needed when around any lock and it just goes to show how a brief lack of concentration could have ended in tragedy but luckily he was fine. he said he has lots of jokes made about it since and can laugh about it now. 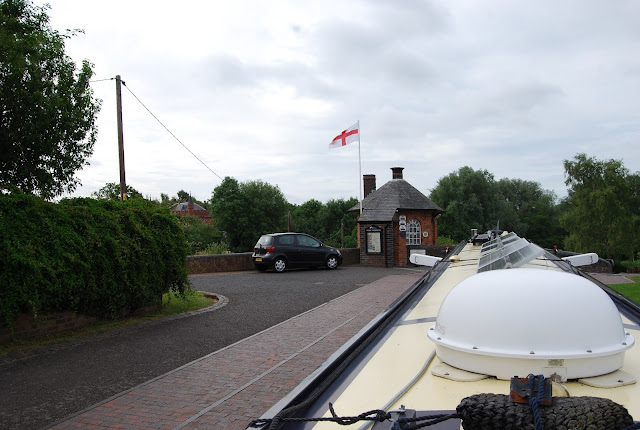 In the top lock 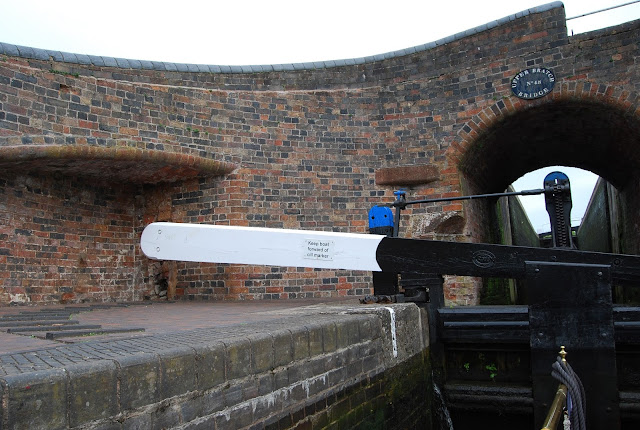 & into the next one!
We were soon down through all three of the locks and there were no other boats waiting to come up, it was very quiet here usually there are a few boats about but not this morning. We had a pleasant cruise and didn't pass another boat and met the first one at Marsh Lock. 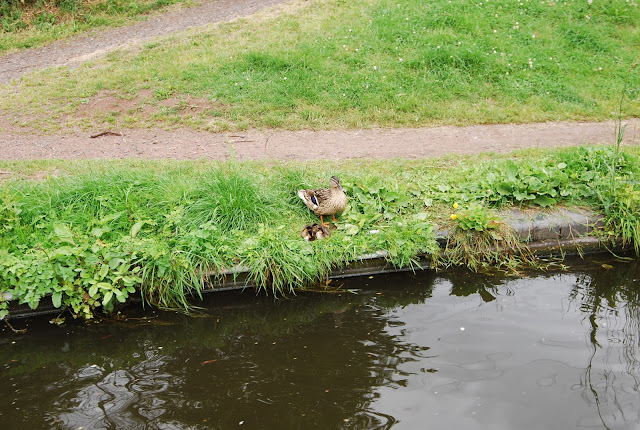 mother on guard with her small chicks 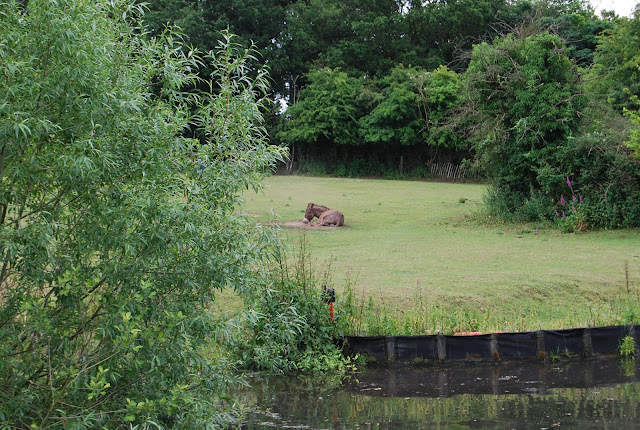 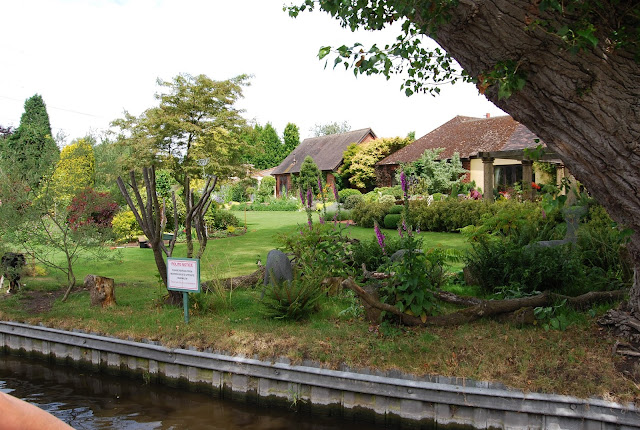 This property has a sign asking boaters not to moor opposite their property! If they don't want people to look into their home then they should put curtains up or don't buy a property on a canal.
We stopped at the services that are just before  Greensforge lock and did the usual emptying of the loo and we filled with water. We carried on in the glorious sunshine and by the time we reached Stewponey locks it was getting warmer still! 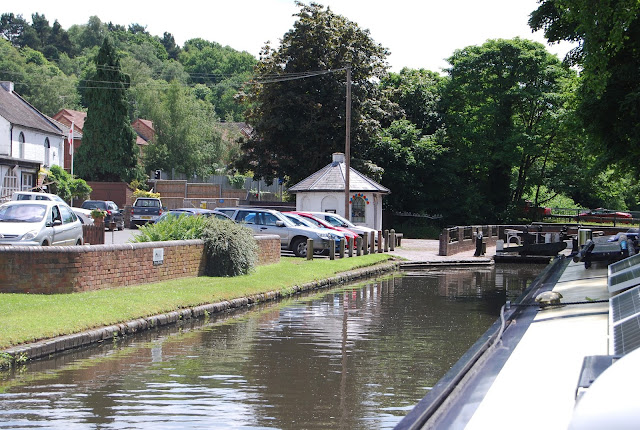 Kev waited while I filled the lock 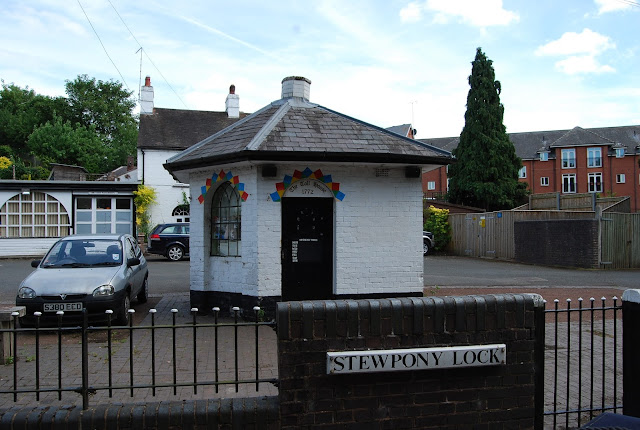 After we had got through the next lock which was Hyde lock I walked on into Kinver while Kev slowly followed on R&R passing all the permanent moored boats along the way. As I was approaching Kinver lock there was a work boat moored just before the lock landing and 2 large white vans parked alongside it, there were a few men unloading boxes and furniture etc and putting it all in the van so I assume someone lived somewhere that it was difficult to get a removal van to and so the property must have been on the canal somewhere. Anyway I went to the lock and luckily there was a boat just about to leave the lock and that was good timing as Kev had just got there and was able to go straight into the last lock of the day. There are visitor moorings below the lock and there were a few boats already moored there but we managed to get a space. 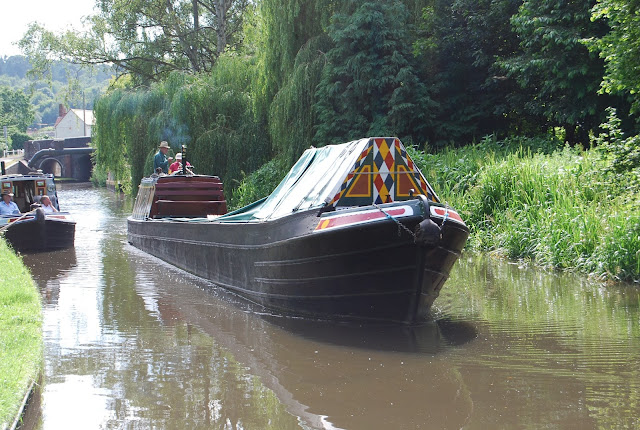 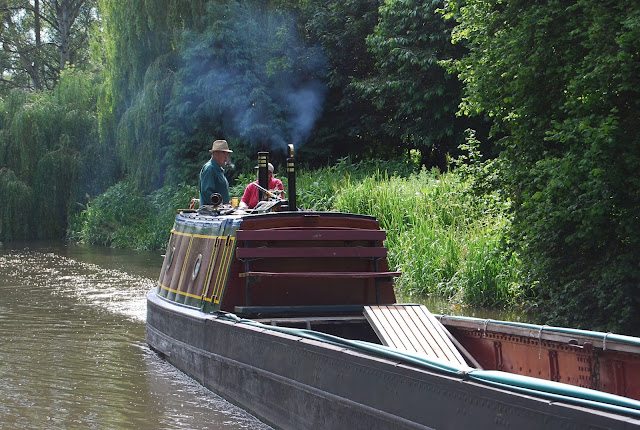 This is the boat that had been unloading the house contents.
Posted by Unknown at 23:45