What A Difference A Day Makes!

Sunday 28th June
The forecast was right, it was a rainy start to the day & windy too we didn't expect that. Instead of shorts & T-Shirts it was sweatshirts and jeans, everybody we passed today were togged up like winter! One man even had gloves on but I don't think it was that bad.  Not long after we left our mooring this morning there was a boat just pulling away from their mooring so we let him go first & then another boat came up behind us, so we had a little convoy! 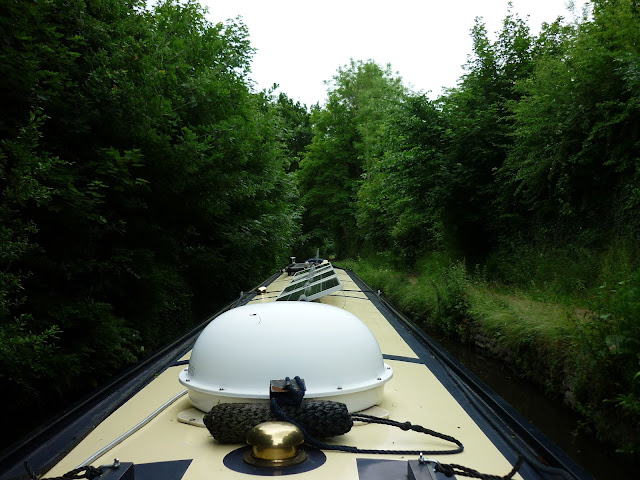 We were lucky when we entered the narrow cutting there were no boats coming towards us so all three of us got through ok just after we were clear of it a boat was just coming so as we passed we told him there was another boat behind us so he waited for it to exit the narrow cutting. We passed Autherley junction where the boat behind us turned to go onto the Shropshire Canal. 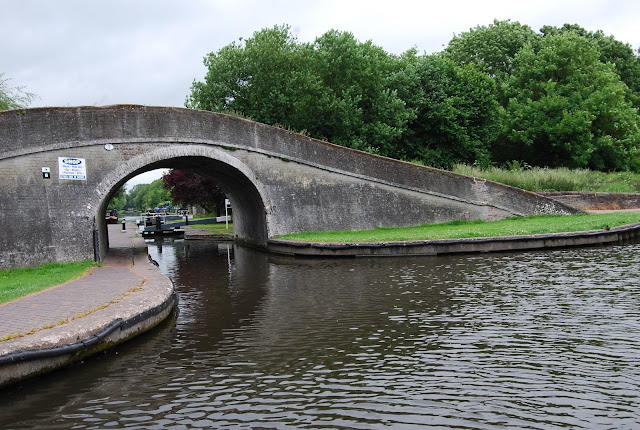 Passing Autherley Junction
As we were approaching the pipe bridge after Oxley Moor Bridge we noticed there was a lot of scaffolding around it and there was a narrow channel to pass, only one boat width. 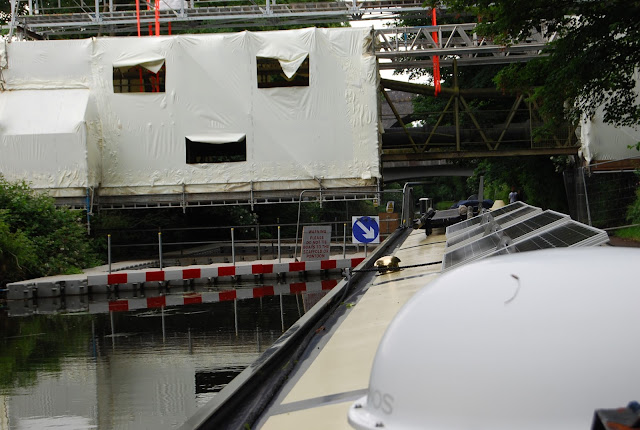 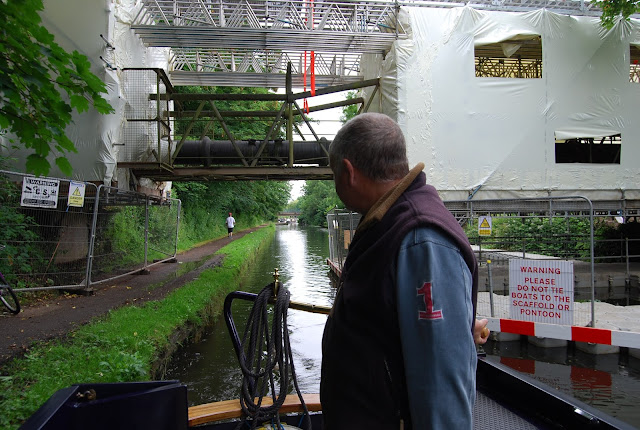 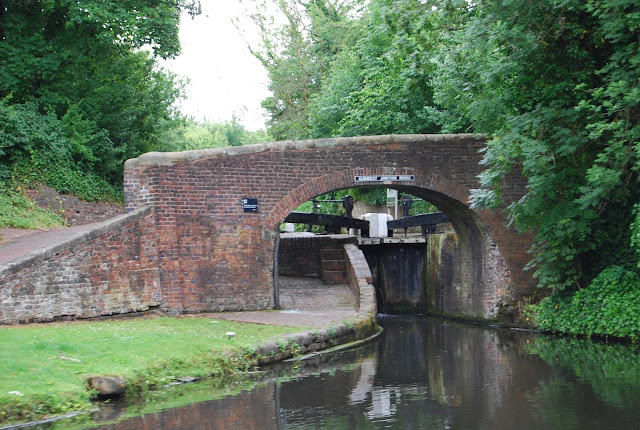 Passing Aldersley junction
As we got to Compton we dropped down the lock and moored for something to eat, opposite us used to be Limekiln Chandlers building, all gone now and being replaced with luxury apartments.  We didn't stay long and were on our way again and the weather showed signs of brightening up and it was getting warmer so off came the sweatshirts and it was again warm enough to just have a T-shirt on. Awbridge Lock was our last lock of the day and we moored up close to the cricket ground, not too close though as there was a match on, didn't want to risk our solar panels getting a cricket ball through them! There were a few balls going into the canal further along and men were trying to retrieve them with a net on what looked like an extended pole, they did manage to get one ball back! 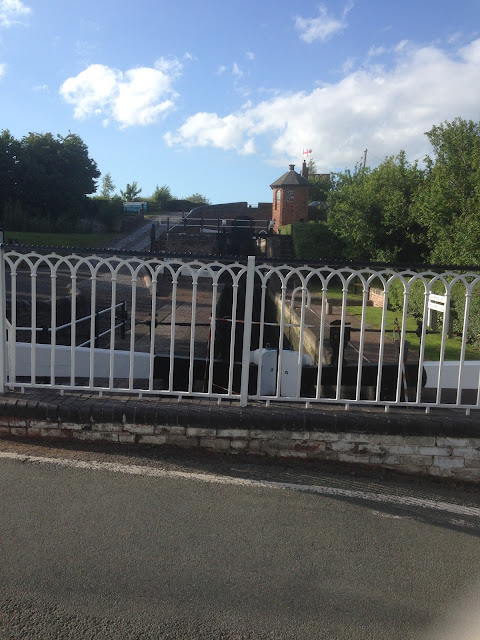 The Bratch
We had a walk early in the evening, it was lovely and sunny and  quite a few people about, I took the photo above from the road on the bridge, usually the photo would be from below going into the lock or whilst in one.
Posted by Unknown at 23:22