Plenty of familiar boats about1

Tuesday 15th May
We left Braunston on Sunday morning, while Kev let go I walked to the bottom lock with Jaz to open the lock gate for him, a boat had come up before we were ready to leave so it was full although I had to open a paddle as it was leaking. When Kev was in the lock we swapped places and when the lock was empty and I was out of the lock Kev walked with Jaz with me following slowly. We stopped at the elsan point to do the usual emptying of the cassette! With Kev & Jaz back on board  we set off again. 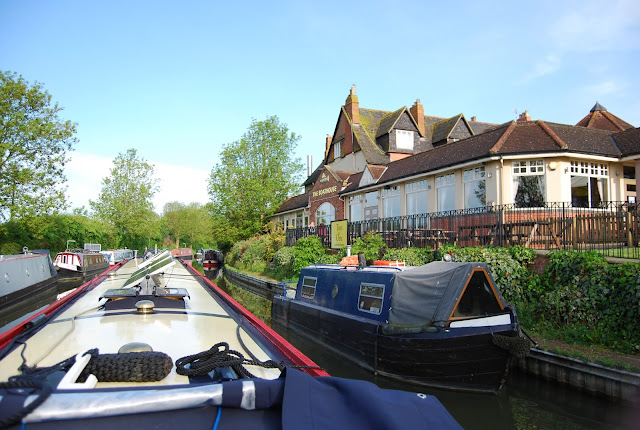 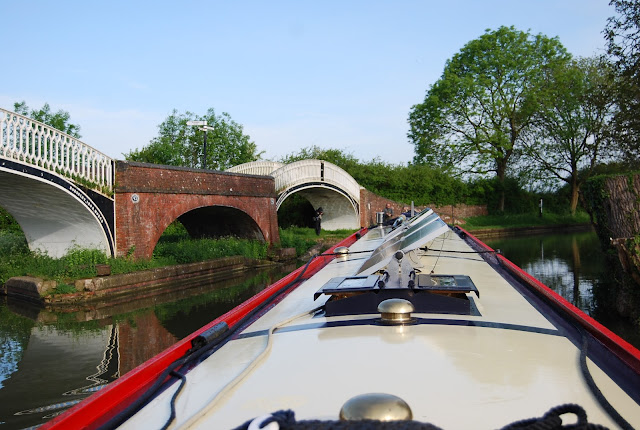 3 Eastern Europeans  fishing at the junction. 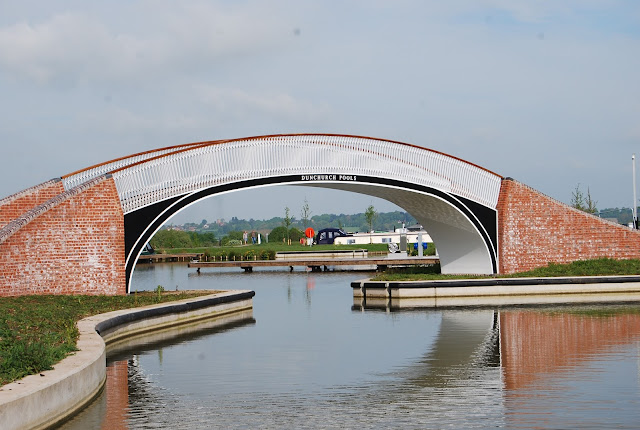 A few boats in the new Dunchurch Marina. 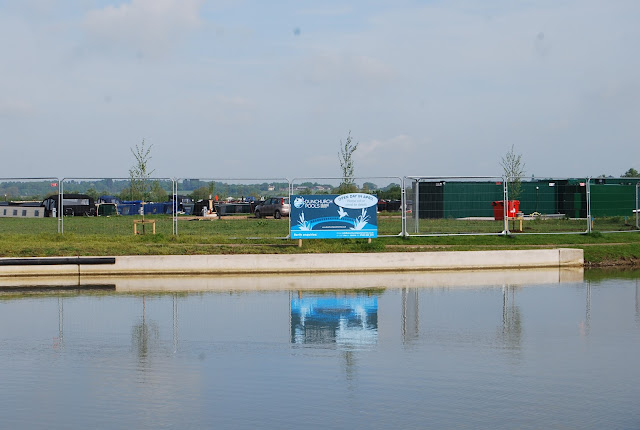 A nice morning for cruising, a bit cool first thing but warmed up nicely as the day went on. 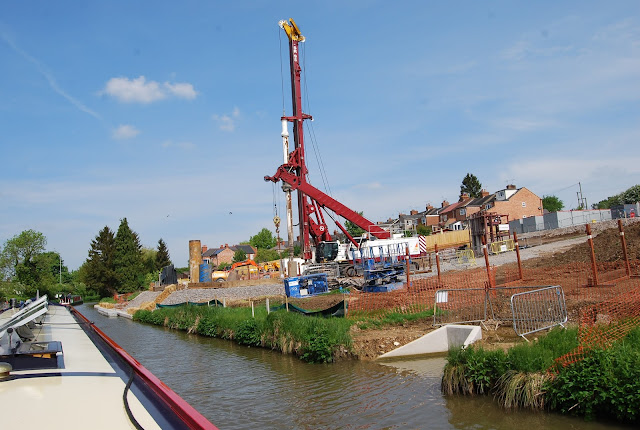 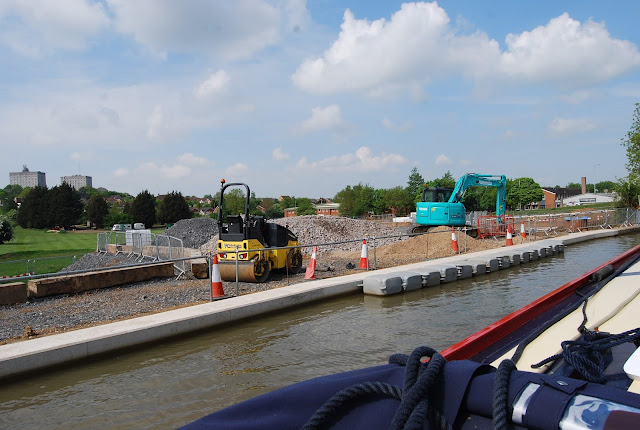 This is on the outskirts of Rugby. 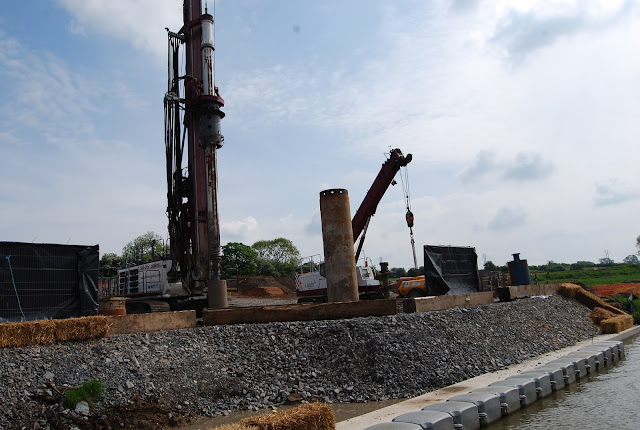 It looks like there is a new road leading to this new bridge which seems to start from before Hillmorton locks on the opposite side to the towpath side. 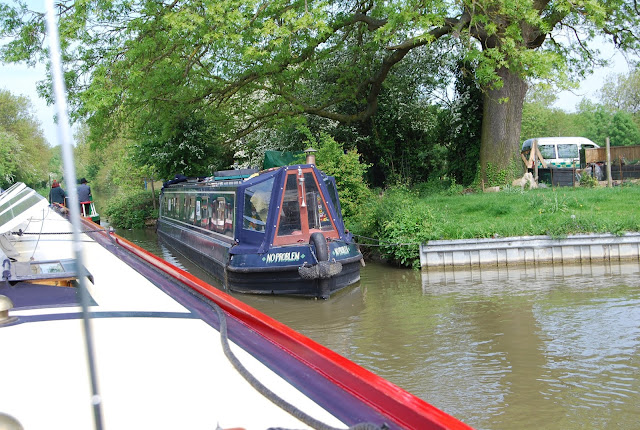 A familiar boat close to Clifton cruisers. (note the boat ahead of us) 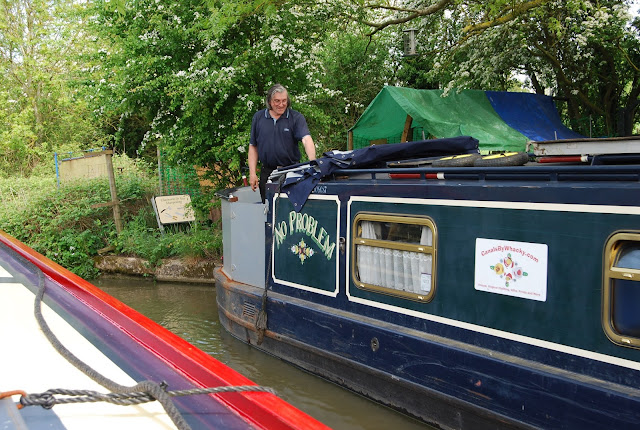 The new owner of  Nb No Problem 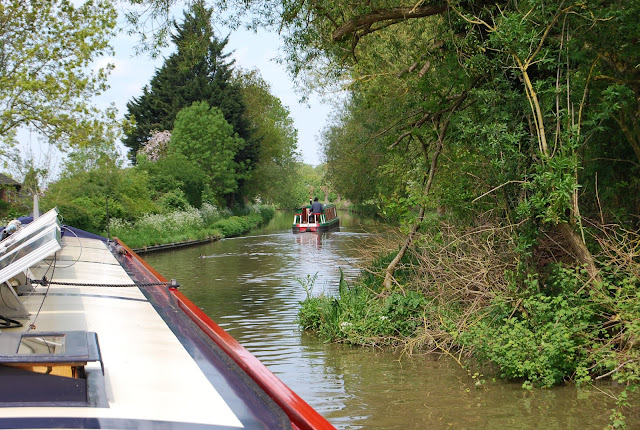 We had been following a boat after the new bridge construction, now I know you should not be in a rush and we certainly aren't and we don't go fast but this boat was that slow Kev spent more time out of gear than in gear! The boat in the picture above is the slow boat and we followed it all the way to the moorings at Brownsover where they pulled over onto the 24hour mooring and tied up,we moored on the towpath side as the moorings were full. They didn't stay though so what they stopped for I will never know.
We were going to pull across when they were leaving but there was a boat that had just tied up behind us so we told them they could have the mooring as they were meeting family and we would stay where we were. We went to Tesco for shopping and then once we were back on board and had unpacked it all, I went to the retail shops while Kev sat outside the boat with Jaz. 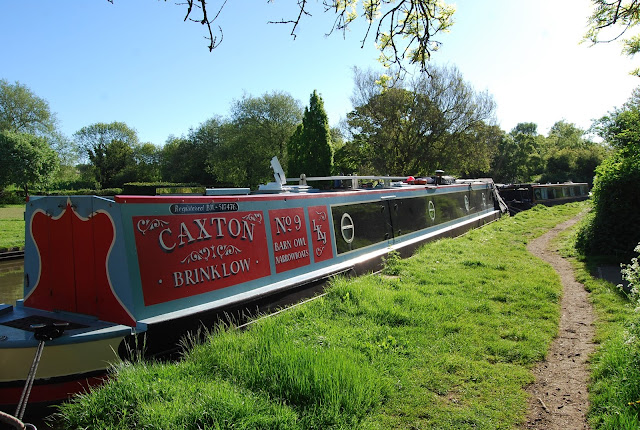 Another familiar boat moored at Brownsover.
Yesterday was my birthday, and we wanted to get to Hawkesbury Junction so we could go for a meal in the Greyhound pub. We had a nice cruise in the sunshine again and as we got to the moorings at All Oaks Wood we spotted another familiar boat... 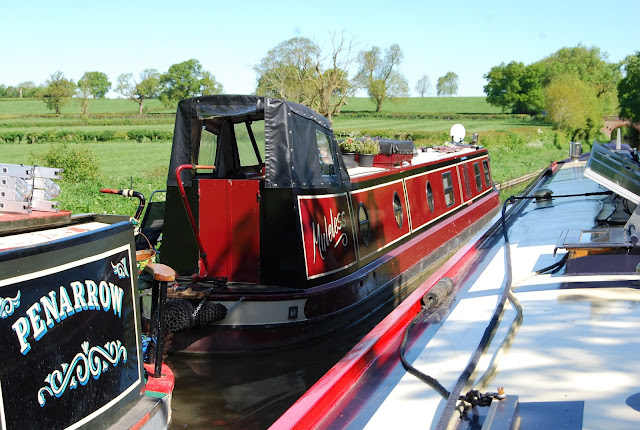 Nb Muleless.
We slowed down and sounded the horn, but nobody came out, think they were hiding from us! 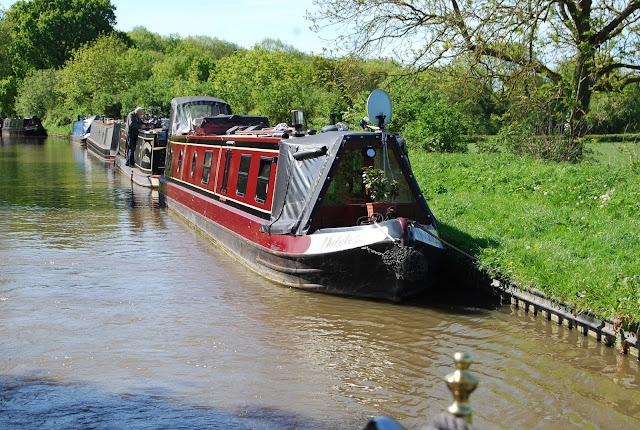 Bye!
When we got to the moorings at Hawkesbury junction there was only one boat moored so we pulled in behind it. 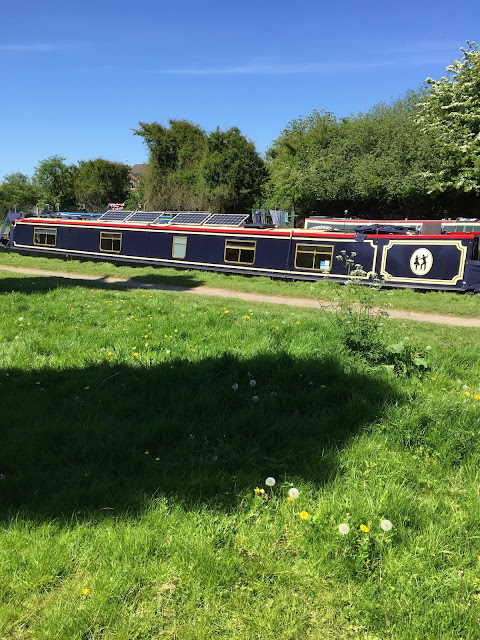 Moored in the sunshine.
We got our chairs out and sat in the sun with Jaz, a small boat came up to moor behind us with a woman who was single handed so Kev helped her moor up, she had a dog and so Jaz was very happy as they played with each other for most of the afternoon. We wanted to book a table in the restaurant at the Greyhound pub but they were full all night but said they started doing food at 5pm and if we wanted to eat in the bar that should be ok. So we went over at just after 5pm and it was packed with people sat outside but it was fine inside so we got a table easily. We had a lovely meal and we decided to stay put today and we have booked a table in the restaurant for tonight as today is our wedding anniversary.