Saturday 12th May
On Thursday morning we set off from our mooring  near bridge 36 at about 8am, It was a fine morning but you could feel how the temperature from previous days had dropped and we actually had to have our fleeces on! When we to to Yelvertoft we pulled over onto the water point and topped our water up and Kev took the rubbish over to the bins. 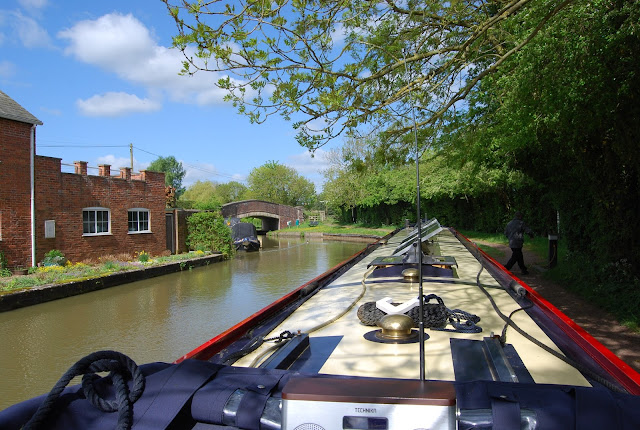 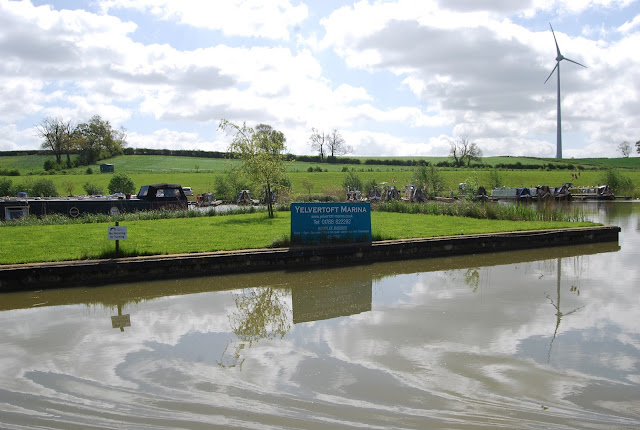 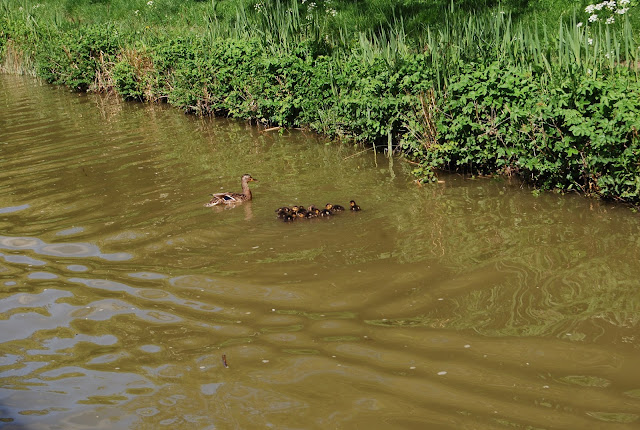 Not seen too many ducks with many ducklings but she had a few! 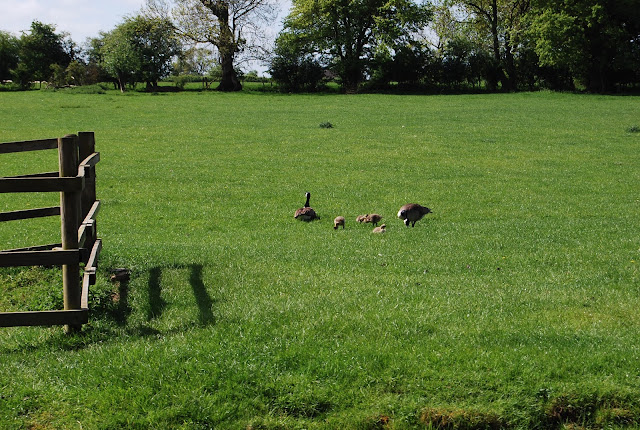 First goslings we have seen. 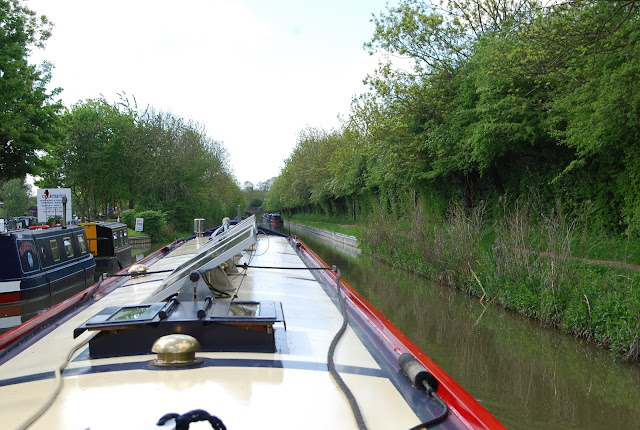 Approaching Crick Marina entrance.
We moored behind the boat in the above photo, once we were sorted we had a walk around Crick marina to see if we could see our first boat 4Evermoore, we weren't sure what it would look like as we had been told that it was getting a new paint job so we don't actually know what it looks like now, we only have the number. We didn't see it though and probably they were out on the cut somewhere or maybe have moved to another marina. We had a walk over to ABNB and they had several boats for sale, our friend Nigel may take his boat there to sell. We then had a walk into the village to pop to the Co-op there and then we walked over the road to the Wheatsheaf pub and sat outside with Jaz for a beer. Crick will be busy in a couple of weeks  as it is the Crick boat show.
Yesterday morning we were away early at 7.45 am, although not deliberately we just happened to be ready by then. 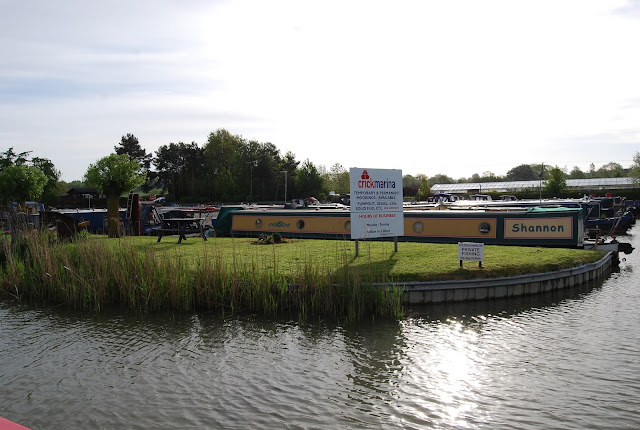 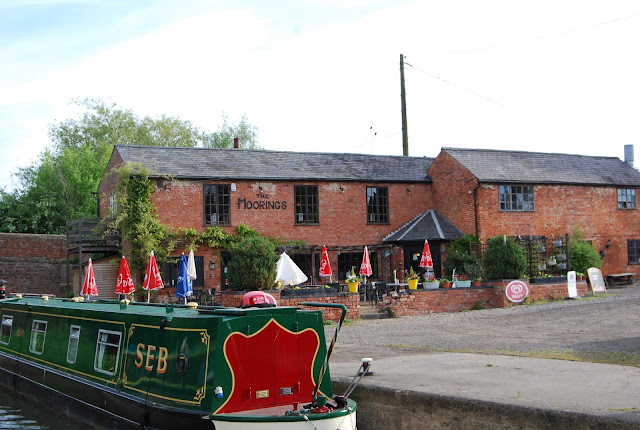 Through bridge12 at Crick, this boat was for sale too! 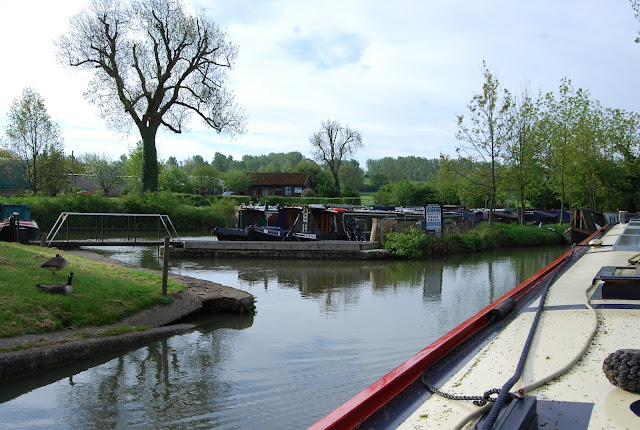 ABNB very full, although some are just moored not for sale! 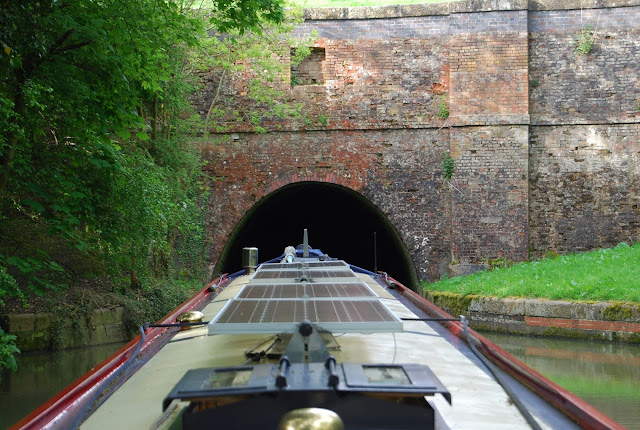 Crick Tunnel.
We never passed any boats through the tunnel but when we were through there were 3 boats heading for the tunnel so at least we didn't meet them in the tunnel! 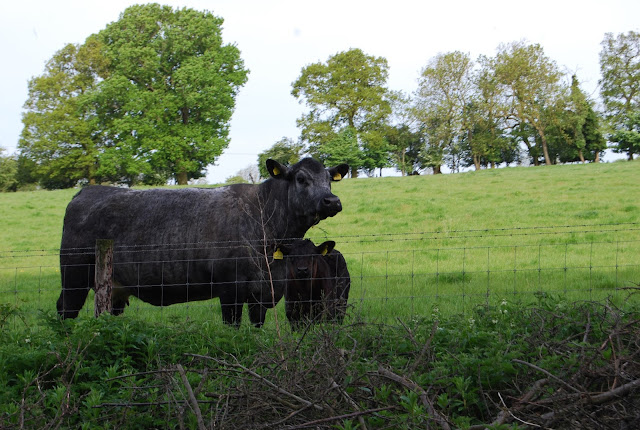 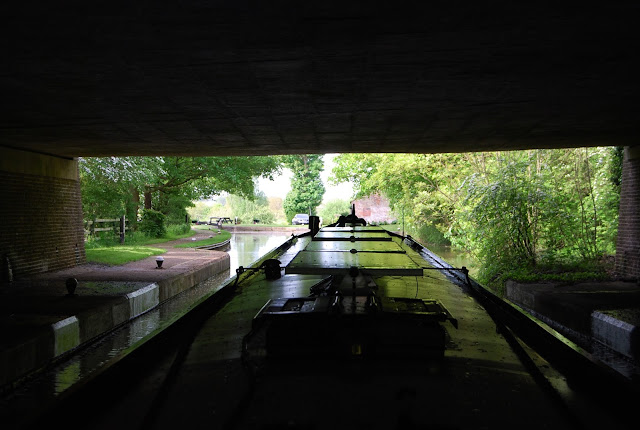 Under the M1 motorway
Just as we were through the motorway bridge we pulled over to the services at Watford top lock. While Kev was emptying the cassette I went to find the Lockie to let him know we wanted to go down the locks. There was a boat coming up when I found the lockie who said we could start heading down once this boat had come up through the top lock. 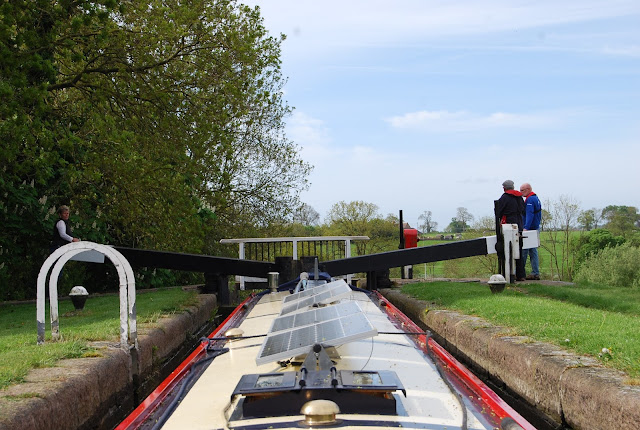 The lockie with a new trainee! 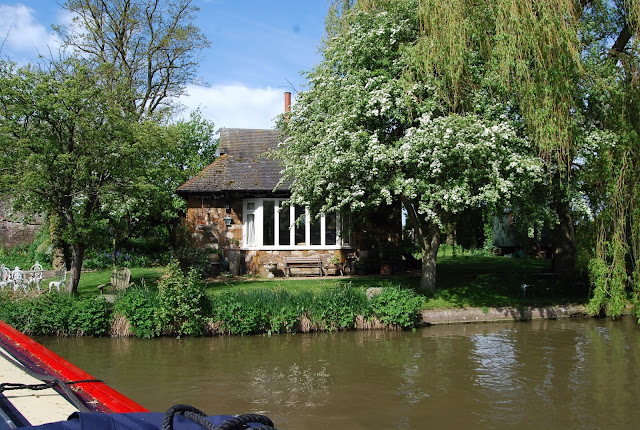 Love this little toll house at Norton junction.
We turned right at Norton junction and headed for Braunston tunnel, we only met one boat in the tunnel but as we were just leaving there were 2 boats waiting to enter, the first boat asked us "what do I do here then" so I suppose this was the first tunnel he had been through😊 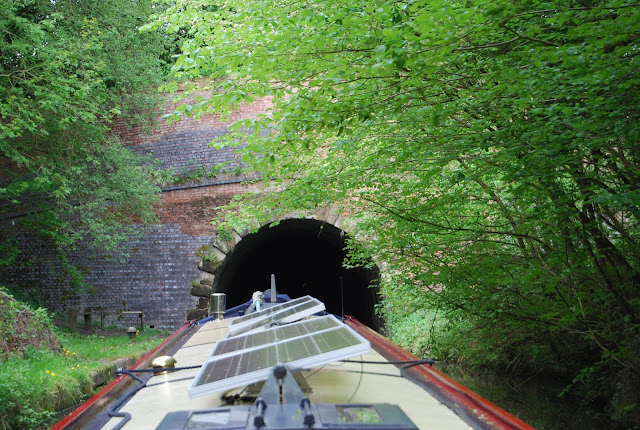 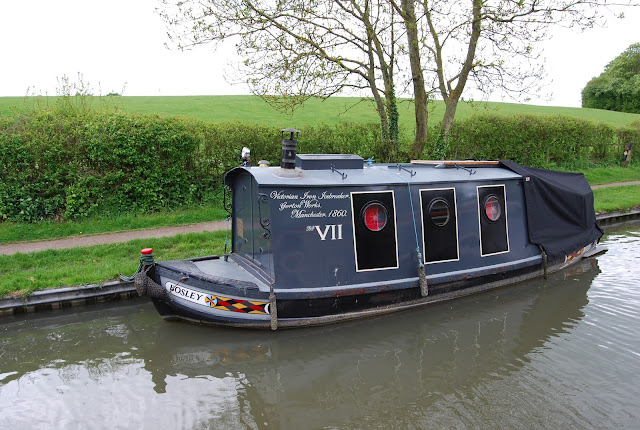 This little icebreaker is for sale too.
We went down the first 5 locks on our own and when we got into the last pound we moored before the bottom lock after a boater who was coming up told us it was full down at the bottom and some were double breasted! We took Jaz for a walk to Midland chandlers as Kev need a new catch for the back doors as one had broken, we then walked to the village itself and went into The Plough for a beer, thirsty work all this walking! We popped into the small village stores and then walked back to the boat. We will stay here until tomorrow and then will head off.
Posted by Unknown at 03:12